Nairobi (AFP) - The United Nations is to launch formal negotiations on Wednesday for a global treaty to address the planet's "epidemic" of plastic trash, a moment that supporters describe as historic.

The UN Environment Assembly (UNEA), convening in Nairobi, is poised to adopt a resolution creating an intergovernmental committee to negotiate and finalise a legally binding agreement by 2024.

"This is a day for the history books," said Norway's climate and environment minister, Espen Barth Eide, who chairs UNEA.

"We are about to embark on an extremely important process of negotiating a solid treaty to ban plastic pollution."

The framework for a comprehensive accord also has the approval of major plastic-producing nations, including the US and China.

Officials say it gives negotiators a strong and broad mandate to consider new rules to target plastic pollution, ranging from the phase of raw material to product design and use and, finally, disposal.

This could include limits on making new plastic, which is mainly derived from oil and gas, although policy specifics will only be determined during later talks.

The mandate provides for the negotiation of binding global targets with monitoring mechanisms, the development of national plans and financing for poorer countries.

Negotiators also have the scope to consider all aspects of pollution -- not just plastic in the ocean but tiny particles in the air, soil and food chain -- a key demand of many countries.

The amount of plastic trash entering the oceans is forecast to triple by 2040, and governments have been under pressure to unite behind a global response to the crisis.

"The planet deserves a truly multilateral solution to this scourge that affects us all."

The rate of plastic production has grown faster than any other material and is expected to double within two decades, the UN says.

But less than 10 percent is recycled and most winds up in landfill or oceans creating what Eide called an "epidemic" of plastic trash.

By some estimates, a garbage truck's worth of plastic is dumped into the sea every minute.

Large pieces of plastic are a notorious peril for sea birds, whales and other marine animals.But at the microscopic level, particles of plastic can also enter the food chain, eventually joining the human diet.

"The world is demanding action on plastic pollution," said Inger Andersen, the head of the UN Environment Programme (UNEP), which is hosting the talks.

"Decisions that you take today will be monumental."

But she cautioned that after this "crucial step" would come the hard work of negotiating a strong and binding treaty.

Environment groups are buoyed by the broad scope given to negotiators but say the strength of the treaty is yet to be determined.

The first round of negotiations is set for the second half of this year, according to sources involved in the process.

Big corporations have expressed support for a treaty that creates a common set of rules around plastic and a level playing field for competition.

Big plastic makers have underscored the importance of plastic in construction, medicine and other vital industries and warned that banning certain materials would cause supply chain disruptions. 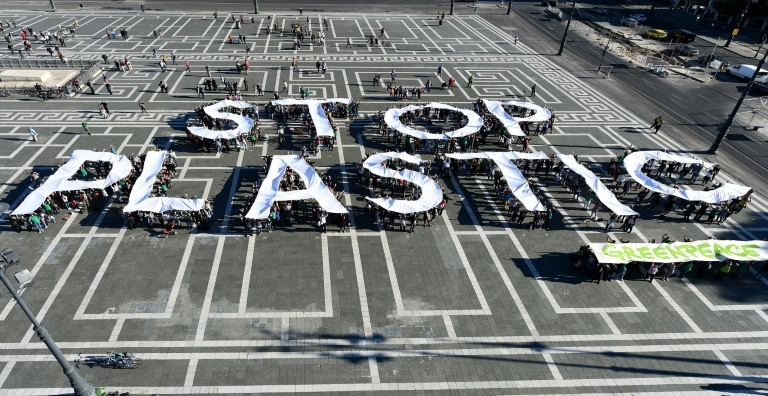 The Guardian - UK
UN environment meeting in Kenya: a chance to finally act?