A UN nuclear taskforce has promised to prioritise safety as it launches a review of controversial plans by Japan to release more than 1m tonnes of contaminated water into the ocean from the wrecked Fukushima Daiichi nuclear plant.

Japan’s government announced last April that it had decided to release the water over several decades into the Pacific Ocean, despite strong opposition from local fishers and neighbouring China and South Korea.

Lydie Evrard, the deputy director general of the International Atomic Energy Agency [IAEA], speaking after a team of experts visited the plant to collect water samples, said on Friday: “We listen very carefully to local people’s concerns and the inspection is designed to provide answers about safety in a transparent manner.” .

The controversy comes almost 11 years after a magnitude 9.0 earthquake triggered a huge tsunami that killed more than 18,000 people along Japan’s north-east coast.

Tsunami waves crashed into Fukushima Daiichi, knocking out its backup electricity supply, triggering meltdowns in three of its reactors and sending large quantities of radiation into the atmosphere. More than 150,000 people were forced to flee their homes, and evacuation orders in communities closest to the plant have only recently been partially lifted.

The Tokyo Electric Power company (Tepco) says its treatment technology can remove all radioactive materials from water except tritium, which is harmless in small amounts. It said the gradual release of the water, diluted with seawater, would not pose a threat to human health or the marine environment. In 2020, however, Greenpeace said the water still contained contaminants beside tritium and would have to be treated again.

The wastewater is being stored in about 1,000 tanks that officials say need to be removed so the plant can be decommissioned, an operation expected to take several decades. The tanks are expected to reach their capacity of 1.37m tonnes this summer.

The liquid includes water used to cool the damaged reactors, as well as rain and groundwater that seeps into the area.

Shaun Burnie, a senior nuclear specialist for Greenpeace East Asia, said he did not believe the IAEA would fully investigate and address safety and environmental concerns in its report.

Noting that the agency had welcomed the discharge option when it was announced last year, Burnie said: “The IAEA is not an independent agency in nuclear affairs – under statute its mission is to promote nuclear power. It has sought to justify radioactive marine pollution as having no impact and safe. But the IAEA is incapable of protecting the environment, human health or human rights from radiation risks – that’s not its job.

“The IAEA taskforce should be investigating the root cause of the contaminated water crisis and exploring the option of long-term storage and the best available processing technology as an alternative to the deliberate contamination of the Pacific.”

The IAEA team, which includes experts from South Korea and China, will report its findings at the end of April.

South Korea, which has yet to lift an import ban on Fukushima seafood introduced in 2013, has said that discharging the water would pose a “grave threat” to the marine environment. Pacific peoples have challenged Japan to prove the water is safe by dumping it in Tokyo.

Local fishers also oppose the water’s release, saying it would undo a decade’s work to rebuild their industry and reassure nervous consumers their seafood is safe.

Junichi Matsumoto, a Tepco official overseeing management of the treated water, said the utility was prioritising safety and the effect on the Fukushima region’s reputation. “Ensuring transparency and objectivity is crucial to the project,” he said this week. “We hope to further improve the objectivity and transparency of the process based on the review.” 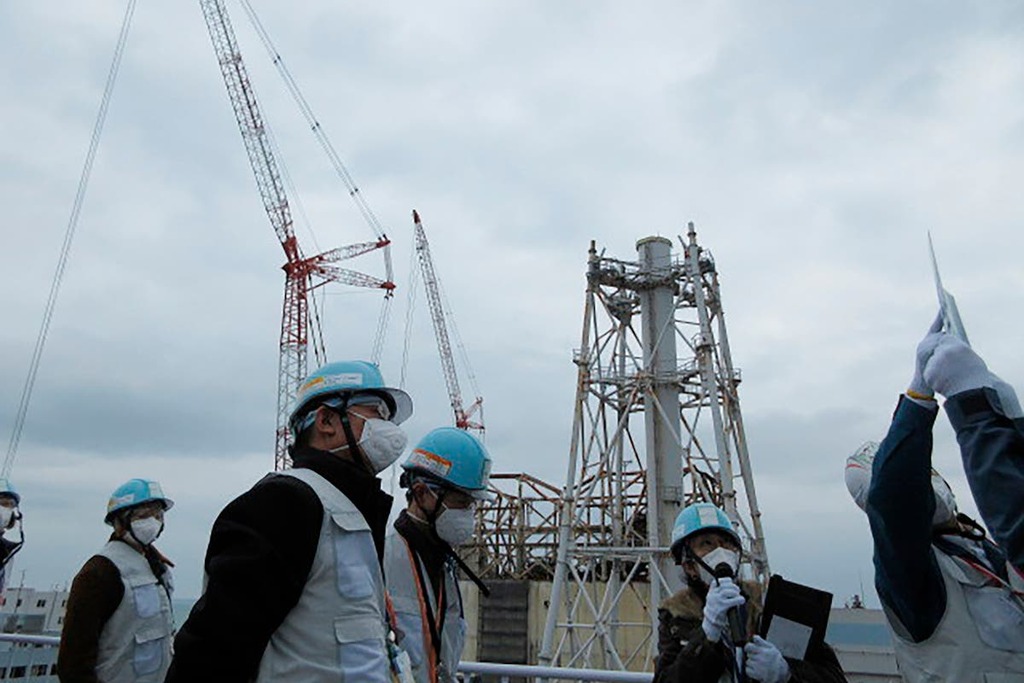 AFP
35 years later, nature is thriving in the ruins of Chernobyl — or is it?

Is Chernobyl a radioactive wasteland reeling from chronic radiation, or a post-nuclear paradise with thriving populations of animals and other…

Three people have moved back to Futaba, which aims to attract about 2,000 over the next five years

The Guardian - UK
Taiwan's lifting of import ban offers a chance to promote Japanese food
Foods made in Japan are subject to strict safety inspections. Taking advantage of Taiwan's planned easing of its import restrictions…

Earlier this month, the European Commission presented a plan to change the ‘taxonomy’ of green investments to include natural gas…