UN environment meeting in Kenya: a chance to finally act?

The United Nations Environment Assembly is gathering for three days in Kenya’s capital to find holistic solutions to today’s environmental threats. The fight against plastic pollution is one of the key topics to be tabled with the hope governments will agree on a legally binding agreement to end plastic pollution.

The United Nations Environment Assembly (UNEA) is the highest decision-making authority on environment in the world. Every two years, 193 UN member states as well as youth groups, civil society and business come together to agree on policies to address the most pressing environmental challenges.

During this fifth meeting in Nairobi, they will also discuss global solutions to plastic pollution.

"We will have decisions and discussions on limiting plastic pollution, on how to stop harmful chemicals in agriculture… and how we can deploy nature to find solutions for sustainable development," says Inger Andersen, the Executive Director of the United Nations Environment Programme (UNEP).

In Benin, for example, small businesses have been able to turn an invasive plant into an opportunity to create sustainable products.

For decades, the invasive water hyacinth – which came from Brazil – has been spreading fast on lake Nokue, hindering navigation and fishing. But a local start-up, Green Keeper Africa, has been able, since 2014, to transform this plant into absorbents to control the leakage of pollutants, like an oil spill. It is also used to produce compost and bio-fuel.

A women's cooperative harvests the water hyacinth and use its dried fibres to weave baskets, make home decor and produce eco-friendly packaging.

Ahead of the UN Environment Assembly, technical experts have been working very hard drafting a framework agreement to end plastic pollution.

"This is our chance to begin to act on what the science is telling us," said Andersen.

"An estimated 11 million tons of plastic waste flows into the ocean each year. The impact it has on the environment is 50 billion dollars. We all pay, one way or another," Patricia Kameri-Mbote told RFI. She is the director of the law division at UNEP.

Proposals from Rwanda, Peru and Japan were combined into a single text to serve as the basis for negotiations in drafting the treaty.

"They are supported by 54 countries, of which quite a number are African," she added.

I took a break from UN #plastictreaty talks today to visit East Africa’s largest dump, a 30 acre site blanketed in single-use plastic packaging from some of the world’s biggest brands. Thread 1/9 pic.twitter.com/aGxKIYwGFv

According to an investigation by Reuters news agency, powerful oil and chemical companies who manufacture plastics have been urging governments to reject provisions that could curb their business.

"This is not an anti-plastics treaty," said Espen Barth Eide, UNEA’s president. "We are not… after their product as such, but we want to bring it into a much more viable, circular economy."

Politicians will now have to approve the framework resolution and launch an intergovernmental negotiating committee (INC) to broker a final deal.

Those negotiations are expected to take at least another two years to complete, but the framework agreed in Nairobi is seen as crucial in ultimately determining the treaty's success.

“If we don't get the right formulation, the INC will be limited in what elements they can consider," said campaigner Christina Dixon from the Environmental Investigation Agency.

“In international law, sometimes a single word is the difference between getting what you want or not.”

Environmental pressure groups have been in Nairobi since last week observing the long hours of technical-level discussions on the treaty and meeting with officials on the sidelines to press their case on key issues.

After the UNEA, the Assembly will hold a special session on 3 and 4 March to mark UNEP 50th year of existence. 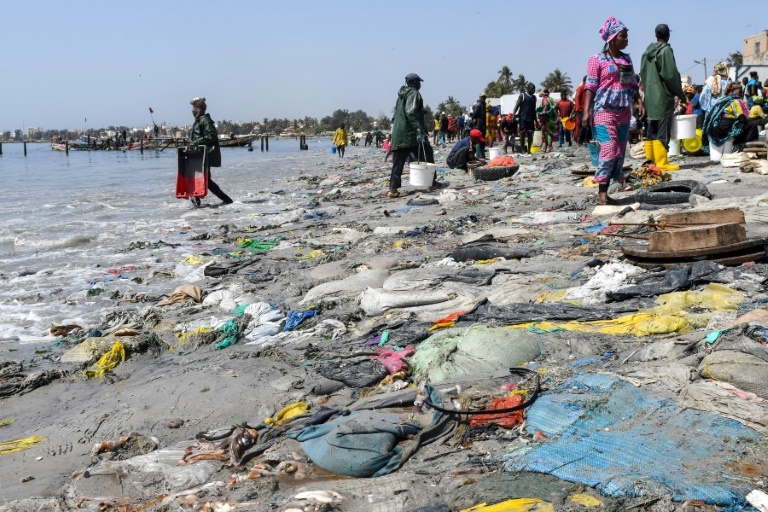 AFP
From analysis to the latest developments in health, read the most diverse news in one place.
World leaders agree to draw up ‘historic’ treaty on plastic waste

AFP
One place to find news on any topic, from hundreds of sites.
UN panel votes to create treaty to fight plastic pollution