U.N. Secretary-General Antonio Guterres on Thursday urged Ethiopia’s prime minister and the leader of its restive Tigray region to immediately halt the latest eruption of hostilities, which has set back efforts to restore peace and tackle a humanitarian crisis in Tigray.

Tigray authorities alleged Wednesday that Ethiopia’s military had launched a “large-scale” offensive for the first time in a year in Tigray, while the government countered that Tigray forces attacked first.

The conflict began in November 2020, killing thousands of people in Africa’s second-most populous country. Now, as then, both sides have acted at a moment when the world was focused elsewhere — the U.S. presidential election in 2020 and the six-month mark of the Ukraine war Wednesday.

The conflict had calmed in recent months amid slow-moving mediation efforts. But last week, Ahmed’s spokeswoman asserted that Tigray authorities were “refusing to accept peace talks,” and this week, Ethiopia’s military warned the public against reporting troop movements.

U.N. humanitarian chief Martin Griffiths condemned the diversion of the tankers in a statement Thursday, saying they carrying over 570,000 liters of fuel that was “meant to help the U.N. and its partners bring humanitarian supplies to people who badly need assistance.”

“Without them, people will be left without food, nutrition supplements, medicines and other essential items,” he warned. “At a time when malnutrition and food insecurity are rising, the consequences can be dire.”

Griffiths demanded an end to the obstruction of humanitarian aid and protection of supplies throughout Ethiopia. He renewed calls to restore basic services in Tigray, including banking and electricity, “which would contribute substantially to an improvement in the humanitarian situation in that region.”

Guterres' spokesman said an estimated 2 million liters of fuel are required every month for humanitarian operations.

“It is now the lean season, and we are highly concerned about the impact this might have on malnutrition rates and food insecurity in the region,” Dujarric said.

He said that since early April, when food supplies started getting to Tigray by the only road to Mekele, more than 81,000 metric tons of food had been distributed to about 4.8 million people by mid-August.

Earlier this month, the World Health Organization's director-general, Tedros Adhanom Ghebreyesus, described the crisis in Tigray as “the worst disaster on Earth.” Ghebreyesus, an ethnic Tigrayan, wondered aloud if the reason global leaders have not responded was due to “the color of the skin of the people in Tigray.”

Humanitarian aid began flowing to Tigray earlier this year, but the World Food Program said last week that with little fuel allowed, “this is yet to translate into increased humanitarian assistance.” The U.N. agency said malnutrition has skyrocketed, with 29% of children malnourished and 2.4 million people severely food insecure.

Months of political tensions between Ethiopia’s government and Tigray leaders who once dominated the government exploded into war in November 2020.

Following some of the fiercest fighting of the conflict, Ethiopian soldiers fled Mekele in June 2021 and the government declared a national state of emergency with sweeping powers. A drone-assisted government military offensive halted the Tigrayans’ approach to Ethiopia’s capital, Addis Ababa, and last December the Tigrayans retreated back to Tigray. 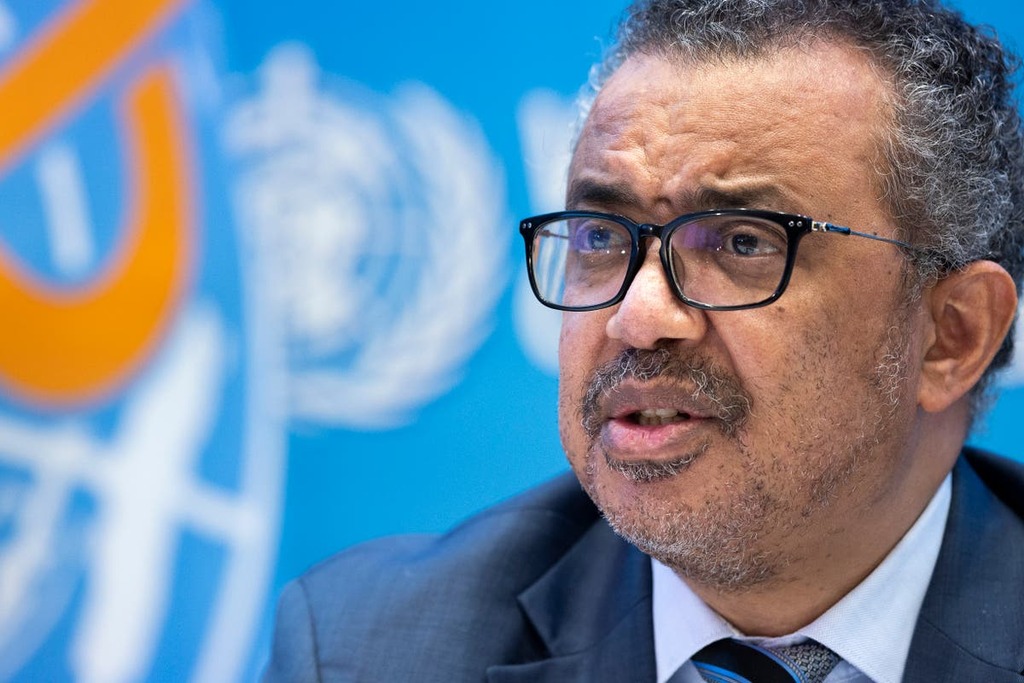 The Independent UK
From analysis to the latest developments in health, read the most diverse news in one place.
UN calls for ceasefire amid renewed fighting in northern Ethiopia

UN Secretary-General Antonio Guterres calls for a ceasefire after renewed fighting erupted around the Tigray region.

Fighting between forces from Ethiopia's rebellious northern region of Tigray and central government forces has erupted around the town of Kobo, residents and both sides said on Wednesday, ending a months-long ceasefire.

Fighting flared for a second day in northern Ethiopia, residents said on Thursday, an outbreak of violence that has shattered hopes for fledgling peace talks between the government and forces from the Tigray region.

Fighting has broken out between Ethiopian government forces and Tigrayan rebels, ending a five-month truce and hindering mediation efforts.

Radio France Internationale
One place to find news on any topic, from hundreds of sites.
Key events in the war in northern Ethiopia

A nearly two-year-long war in northern Ethiopia has killed thousands of civilians, left millions of people needing food aid and displaced millions more. Here are some of the main events in the conflict.