UN chief tells Putin: ‘Open Black Sea ports, if you have any heart for rest of world’

Millions of people will die around the world because Vladimir Putin is blocking Ukraine’s ports, a UN food chief warned on Friday.

David Beasley, head of the United Nations World Food Programme, pleaded with the Russian president to end the blockade of Black Sea ports.

“Millions of people around the world will die because these ports are being blocked,” he told CNN.

“If you have any heart at all for the rest of the world, regardless of how you feel about Ukraine, you need to open up those ports.”

He stressed that Odesa, which has come under regular Russian bombardment, and other ports needed to be operational within the next 60 days to avoid catastrophe for Ukraine’s economy which is heavily focused on agriculture, recently accounting for just over 40 per cent of its exports.

“If you don’t get this port issue resolved and open, Ukraine’s economy completely collapses,” he explained.

Poorer nations in Africa and other regions are believed to be particularly vulnerable to food shortages caused by Mr Putin’s invasion of Ukraine.

Ukraine is among the top five global exporters for several vital agricultural products, including corn, wheat and barley, according to the US government, as well as being the top exporter of both sunflower oil and meal.

Renewed fighting around Snake Island in recent days may become a battle for control of the western Black Sea coast, according to some defence officials, as Russian forces struggle to make headway in Ukraine’s north and east.

Ukraine said it had damaged a Russian navy logistics ship near the island, a small but strategic outpost, and set it on fire.

“Thanks to the actions of our naval seamen, the support vessel Vsevolod Bobrov caught fire - it is one of the newest in the Russian fleet,” said Serhiy Bratchuk, a spokesman for the Odesa regional military administration.

Foreign ministers from the G7 group of rich nations (the US, UK, Germany, France, Italy, Japan and Canada) were aiming to give what Germany called a “powerful sign of unity” as they met on Friday at a 400-year-old castle estate in the Baltic Sea resort of Weissenhaus to discuss the conflict and fears that it could spill over into Moldova.

British Foreign Secretary Liz Truss said it was vital to keep pressure on the Russian President by supplying more weapons to Ukraine and imposing further sanctions.

“There are 25 million tonnes of grain currently blocked in the Ukrainian port of Odesa, which means food for millions of people in the world that is urgently needed, above all in African countries and in the Middle East,” said Germany’s foreign minister Annalena Baerbock.

France’s Foreign Minister Jean-Yves Le Drian said it was crucial for the G7 to show that Moscow was the root cause of the global food insecurity.

“We will continue our support efforts ... but I would add that we need to deal with a conflict that will last and the long-term consequences on food security. We need to show that Russia’s aggression against Ukraine is provoking the global food crisis,” he stressed. 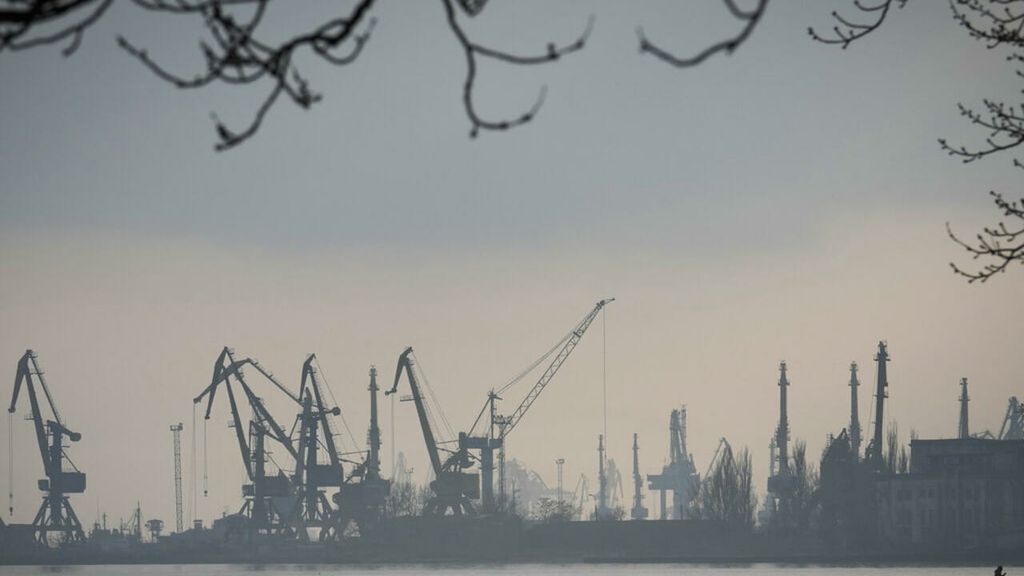 The Russian blockade of Ukraine’s Black Sea ports risks causing a global food crisis, given that Ukraine is one of…