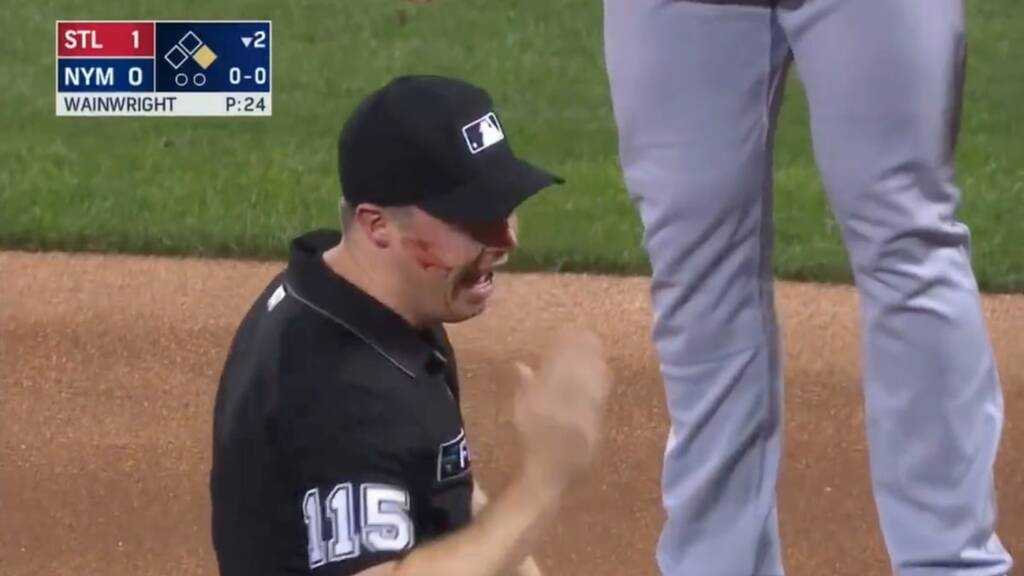 Umpire Junior Valentine suffered a scary injury at Citi Field in New York on Monday as he was struck in the face by an errant throw by Cardinals shortstop Edmundo Sosa.

Sosa fielded a ground ball in the hole near second base in the bottom of the second before wheeling and firing to first base. But Sosa's throw didn't fall into the glove of first baseman Paul Goldschmidt as Mets outfielder Kevin Pillar ran down the first base line. Valentine was hit with the ball, and he bloodied as a result of the throw. Valentine remained on the ground for several seconds before getting to his feet.

Monday's contest featured a 10-minute delay before play resumed, but Valentine remained in the game despite a laceration on his face. Pillar was credited with a hit on the play, though he didn't score as the Mets enter the bottom of the 8th down 3-0.