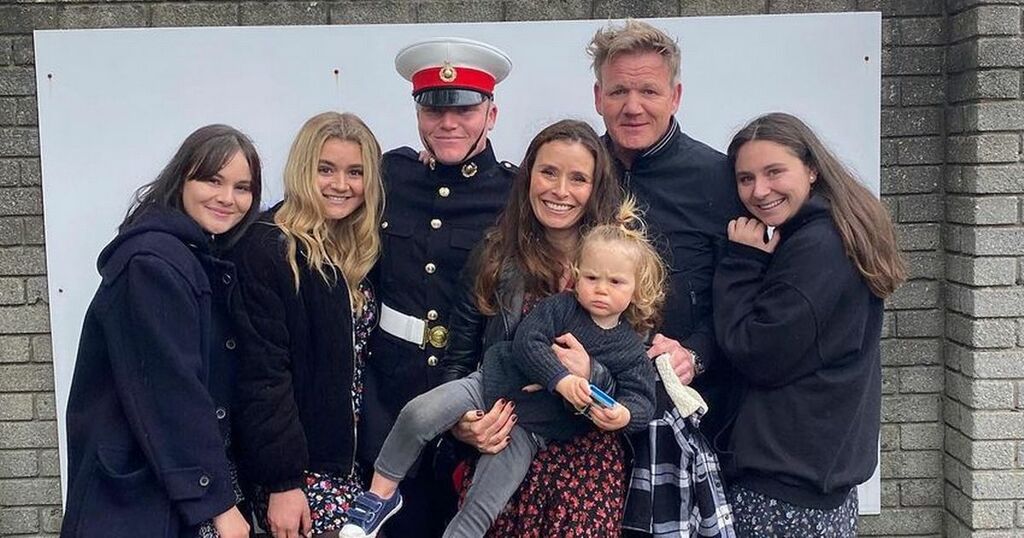 Ulrika Jonsson has spoken out about Gordon Ramsay ’s plan to expand his family.

The 54-year-old has said in the past she'd been upset when people commented on the size and make-up of her family – she has four children aged 27 to 13 from four different dads – but this hasn’t stopped her from giving her opinion on the Ramsays.

Writing in her column The Sun, Ulrika says she doesn’t plan to have any more children of her own, and the idea of increasing her brood makes her feel ill.

And she didn’t hold back on chef Gordon, 55, who has been married to his wife Tana for 25 years.

The couple have five children already – Megan, 23, twins Holly and Jack, 21, Tilly, 19, who's currently starring in Strictly Come Dancing on BBC1, and little Oscar, who is only two.

Tana, who suffered a miscarriage in 2016 before Oscar was born, is reportedly hoping to have a sixth baby.

Ulrika said: “With them having welcomed their fifth addition only two years ago, I find the prospect baffling."

She continued: "I know men can seemingly carry on reproducing to infinity and Tana is 47, so it’s not outside the realms of possibility. But why?"

Last month, Ulrika joked that she might be having a fifth baby when she had a weird food craving, preferring to eat ginger cake instead of a cheese sandwich.

But this weekend she said: "I’ve written before about how I have been ruled by my strong, overbearing maternal instincts. Fast-forward some years and something within me has shifted. I don’t covet holding a newborn. I don’t coo at toddlers."

She added: "I have subconsciously made some dramatic detachment from all that I ever wanted to be."

Ulrika revealed that her motherly instinct has waned as she has gotten older.

She admitted: "The way I feel now, I would rather drink rum and kiss a dog than cradle a baby."

The Swedish former weather presenter's comments came after Gordon's revelations last week in You magazine, that he and Tana had talked about trying again for a baby.

He said: “Tana’s going to kill me. I’m joking. No, we discussed having another baby. I said it was a great idea. She said: ‘Well, let’s start planning’. So I’m like: ‘Oh my god, just pause for two seconds. I’m going to be the oldest dad at school, what’s going to happen on sports day?!’”

He added: "But it’s something we’d still consider, because it’s been such a joy spending time with Oscar.