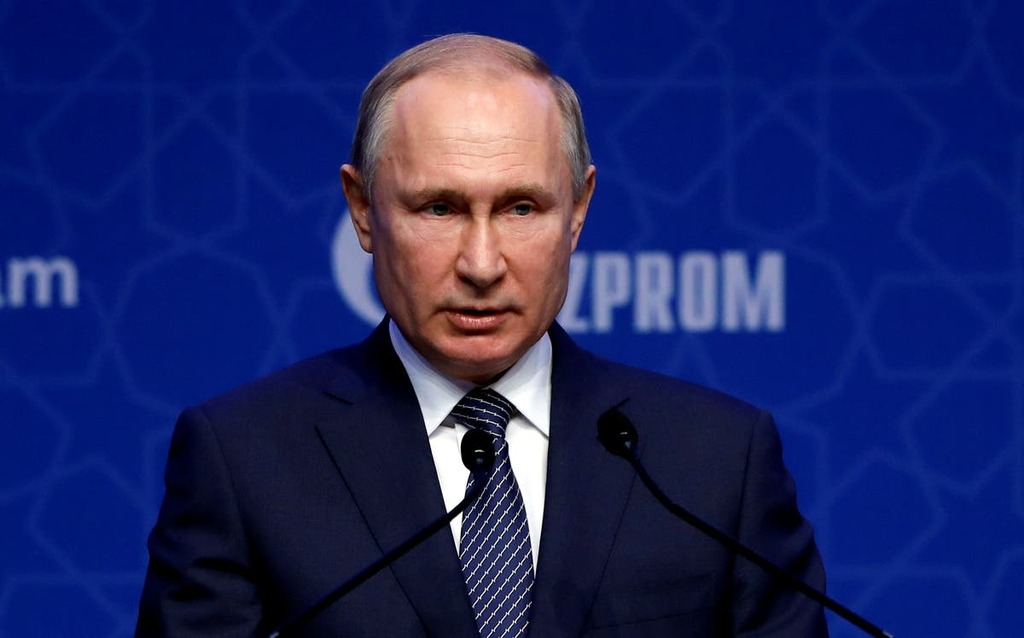 For a few hours on Wednesday, it wasn’t exactly clear who was in charge. Following a day of soaring gas futures, Europe’s notional leader, Ursula Von der Leyen, expressed anger and frustration at the uncontrollable numbers. Mr Putin, on the other hand, tamed them almost immediately.

With a click of the fingers, and hints of “carefully” increasing supply and “stabilisation”, Mr Putin sent prices down by a half. Click two, and he drew a direct line between Europe’s energy woes and its reluctance to play by his preferred gas rules.

Yes, a cold start to winter and the economic recovery had depleted reserves, the Russian president said. But the situation was only critical because of the decisions European leaders had made: preferring competitive spot-trades over long-term natural gas contracts with Russia, which had created a “speculative craze”, and prioritising renewables over hydrocarbons, which had led to “unfounded risk”.

Yuriy Vitrenko, the CEO of Naftogaz, Ukraine’s oil and gas company, told The Independent that Russia’s posturing amounted to “blackmail”.

“Putin wants Nord Stream 2 without any compliance with European rules,” he said. “The message he’s sending is we won’t send enough gas until you [allow this], and that means high prices and unhappy voters.”

The Kremlin insists its gas business is no more than that – business – noting that it is fulfilling existing gas contracts and more. But on Thursday, the International Energy Agency claimed Moscow could add as much as 15 percent of additional capacity. Ms Von der Leyen agreed readily, accusing Russia of holding back gas deliberately.

“We are very grateful Norway is stepping up, but this does not seem to be the case for Russia,” she said.

Mr Vitrenko said he was worried about the potential for a much bigger energy crisis if Russia is allowed to use Nord Stream 2 without safeguards.

That move would not only put pressure on Ukraine’s own energy needs in the east, before its own gas producers come online downstream in the system, but also undermine the safe and efficient operation of the largely Soviet-built system. In addition, Gazprom’s existing contracts with Ukraine are due to expire in 2024.

“If Nord Stream 2 becomes operational without competition compliance, we will have all kinds of problems,” said Mr Vitrenko. “Security problems, technical problems, economic problems. It will be a big blow to us.”

Ukraine has been sensitive to any new arrangements that might undermine the viability of its current transit infrastructure. The signing of long-term gas contracts between Hungary and Russia, for example, via the alternative TurkStream pipeline to the south, caused a major diplomatic rift between Kiev and Budapest.

Then, Hungary replied by saying that it would decide for itself what was best for its own energy security. The calculation for Moscow is that other European countries will now follow suit. The potential political fallout of massively increased fuel bills suggests that such hope is not misplaced.

But Mr Vitrenko argued the opposite, suggesting that this week’s energy crisis had given Europe a taste of medicine that is usually reserved for Ukraine.

“Putin has shown that he wants to use gas as a weapon in Europe,” he said. “Now it’s for Europe to decide if he is above the law.”