Seriously injured Ukrainian fighters are being evacuated from the besieged Azovstal steel plant in Mariupol, Ukraine’s military has said.

In a statement on Tuesday, the General Staff of Ukraine’s Armed Forces said it had ordered commanders stationed at the plant to “save the lives of the personnel” as they had “fulfilled their combat mission”.

Hundreds of Ukrainian troops and civilians had been holed up beneath the city’s sprawling steel works for the past month. Civilians inside were evacuated in recent weeks, and more than 260 troops, some of them wounded, left the plant for Russian-controlled areas late on Monday.

It is not known how many fighters remain at the plant.

Indiscriminate bombing by Russian forces has reduced the southern city to ruins, with Ukrainian officials claiming tens of thousands of people have died. Ukrainian troops say they held out in Azovstal for 82 days, buying time for the rest of Ukraine to hold off the Russian advance elsewhere.

“We hope that we will be able to save the lives of our guys," Ukrainian President Volodymyr Zelensky said in an early morning address.

“There are severely wounded ones among them. They're receiving care. Ukraine needs Ukrainian heroes alive.”

Ukrainian Deputy Defence Minister Anna Malyar said 53 injured troops from the steelworks were taken to a hospital in the Russian-controlled town of Novoazovsk, some 32 km to the east.

Another 211 people were taken to the town of Olenivka, in an area controlled by Russian-backed separatists.

All of the evacuees will be subject to a potential prisoner exchange with Russia, Ms Malyar added.

The Kremlin said President Vladimir Putin had personally guaranteed the prisoners would be treated according to international standards.

Russia said at least 256 Ukrainian fighters had “laid down their arms and surrendered”, including 51 severely wounded. The Standard could not independently verify these claims.

A video released by the country’s defence ministry appeared to show fighters leaving the plant in daylight, with some carried on stretchers and others being searched by Russian troops.

Describing conditions at the plant on Monday, the wife of an Azovstal fighter told the Associated Press: “They are in hell. They receive new wounds every day. They are without legs or arms, exhausted, without medicines.”

In other developments, Russian president Vladimir Putin appeared to climb down from threats to retaliate against Sweden and Finland afterthey announced formal plans to join Nato.

Mr Putin has frequently made baseless claims that the expansion of Nato poses a direct existential threat to Russia, with the Kremlin warning last month of “consequences” should the Nordic countries join the alliance.

”The expansion of military infrastructure into this territory would certainly provoke our response. What that (response) will be - we will see what threats are created for us,” Mr Putin said.

Finland and Sweden, both non-aligned throughout the Cold War, have cited the invasion of Ukraine as pivotal in their choice to join the military alliance. 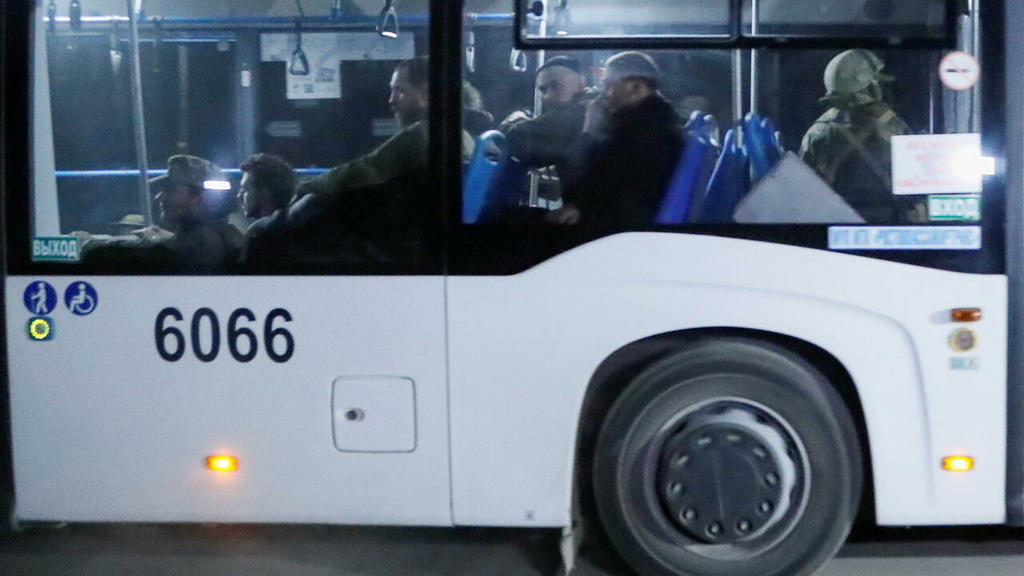 France 24
One subscription that gives you access to news from hundreds of sites
Ukrainian troops evacuate from Mariupol, ceding control to Russia

Troops holed up in the last Ukrainian stronghold in the besieged port of Mariupol began evacuating on Monday, appearing to…