Ukraine on Wednesday carried out its biggest exchange of prisoners of war since Russia invaded, securing the release of 144 of its soldiers, including 95 who defended Mariupol's steelworkers, Ukraine's military intelligence agency said.

The majority of the Ukrainians were badly wounded, suffering from gunshot and shrapnel wounds, blast traumas, burns, fractured bones and amputated limbs, the agency known by the acronym GUR said in a statement on Telegram.

There was no comment from Russia about a prisoner swap.

But the head of the self-proclaimed Donetsk People's Republic in eastern Ukraine said it had secured the release of 144 soldiers, including its fighters and those of the Russian army.

"We handed over to Kyiv the same number of prisoners from Ukrainian armed units, most of whom were wounded."

Hundreds more Ukrainians are still thought to be held by Russia and its pro-Moscow separatist proxies in eastern Ukraine, but their precise whereabouts are not known.

In particular, Kyiv has worried over the fate of hundreds of fighters from the Azov regiment that played a prominent role in the defense of Mariupol and its Azovstal steelworks before being encircled and eventually laying down their arms.

The prisoner swap included the handover of 43 members of the Azov regiment, a National Guard unit that Russia says is a dangerous far-right battalion, a promising sign for Ukrainians hoping for the release of other fighters from the unit. 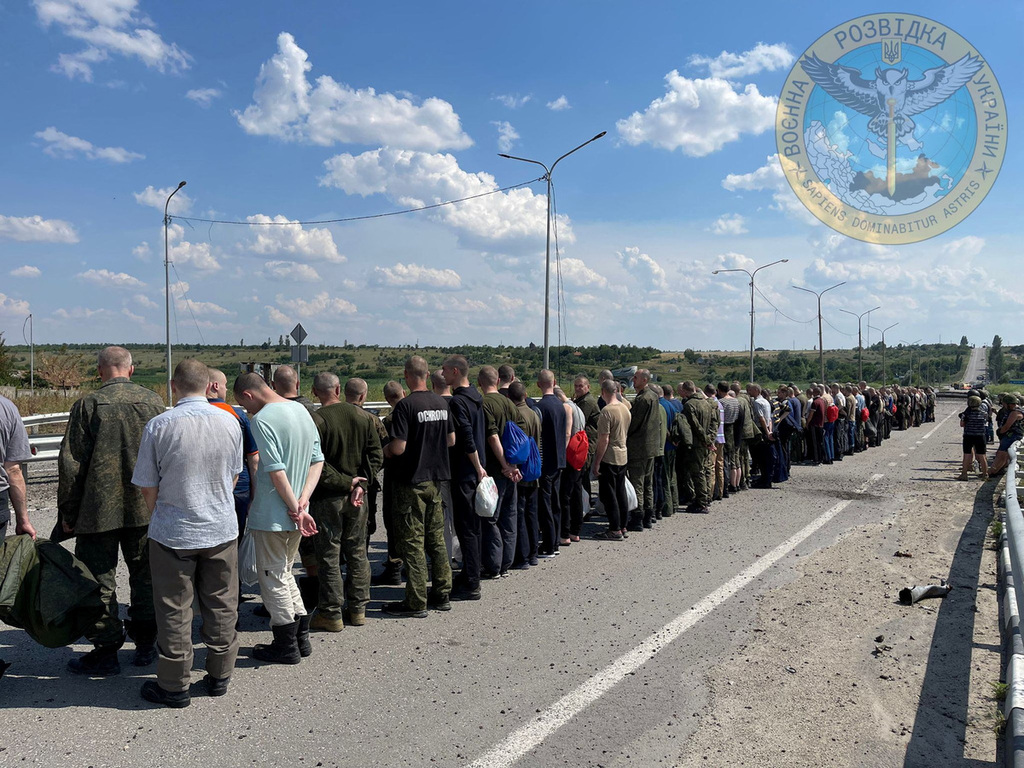 Ukraine wins release of 144 soldiers in biggest prisoner swap of war
Ukraine on Wednesday carried out its biggest exchange of prisoners of war since Russia invaded, securing the release of 144…

144 Ukrainian soldiers have been released, including 95 who defended the Azovstal steelworks in Mariupol

Russia's Supreme Court on Wednesday postponed for the second time a hearing on whether to designate Ukraine's Azov Regiment, which…