By Pavel Polityuk and Natalia Zinets 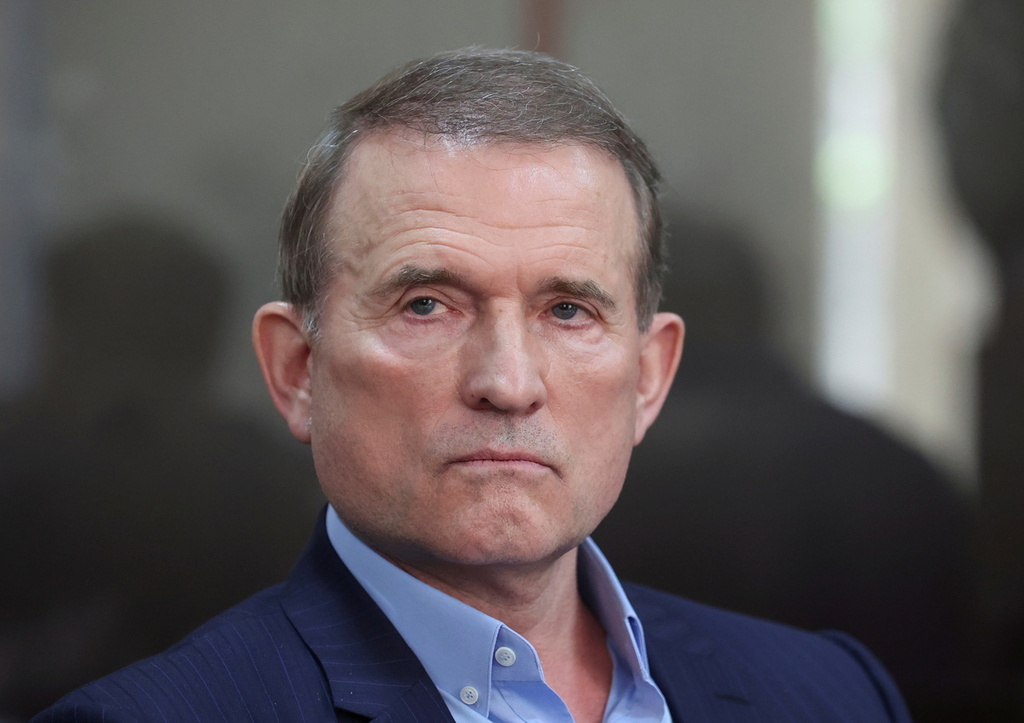 Ukrainian prosecutors said on Friday they had widened an investigation into pro-Russian lawmaker Viktor Medvedchuk, accusing him of colluding with senior officials to finance separatist forces in the eastern Donbass region.

In May, authorities put Medvedchuk, the Kremlin's most prominent ally in Ukraine, under formal suspicion of treason as part of a crackdown on his circle that has fuelled tensions between Kyiv and Moscow.

Law enforcement officials on Friday accused Medvedchuk of colluding with officials during the previous administration of Petro Poroshenko to buy coal from mines in separatist-held areas as a way of financing the separatists.

"We are talking about the sale of state interests and the financing of Russian terrorists," Ivan Bakanov, the head of the state security service (SBU), told a joint briefing with Prosecutor General Iryna Venediktova.

Poroshenko's party called the accusations a smokescreen to divert attention from the government's own wrongdoing.

Medvedchuk's Opposition Platform — For Life party on Friday said the latest accusations showed the "complete helplessness" of prosecutors in failing to substantiate earlier accusations against him.

In a statement, the party accused President Volodymyr Zelenskiy's government of trying to "divert people's attention from their catastrophic failures."

During the prosecutors' briefing, they played recordings of telephone conversations in which people with voices supposedly similar to those of Medvedchuk, Russian officials and separatist leaders, discussed coal supply schemes.

"While our soldiers were being killed at the front, the state sent suitcases of cash to the leaders of terrorist organisations," Venediktova said.

Ukraine has been at war with Russian-backed separatists in the Donbass region since 2014.

Medvedchuk, whose political party is the second largest in parliament, is a Ukrainian citizen but has close ties with Russian President Vladimir Putin and has said the Russian leader is godfather to his daughter.

Bakanov said the SBU would investigate what part Poroshenko and the Central Bank Governor at the time, Valeriia Gontareva, may have played in Medvedchuk's alleged activities.