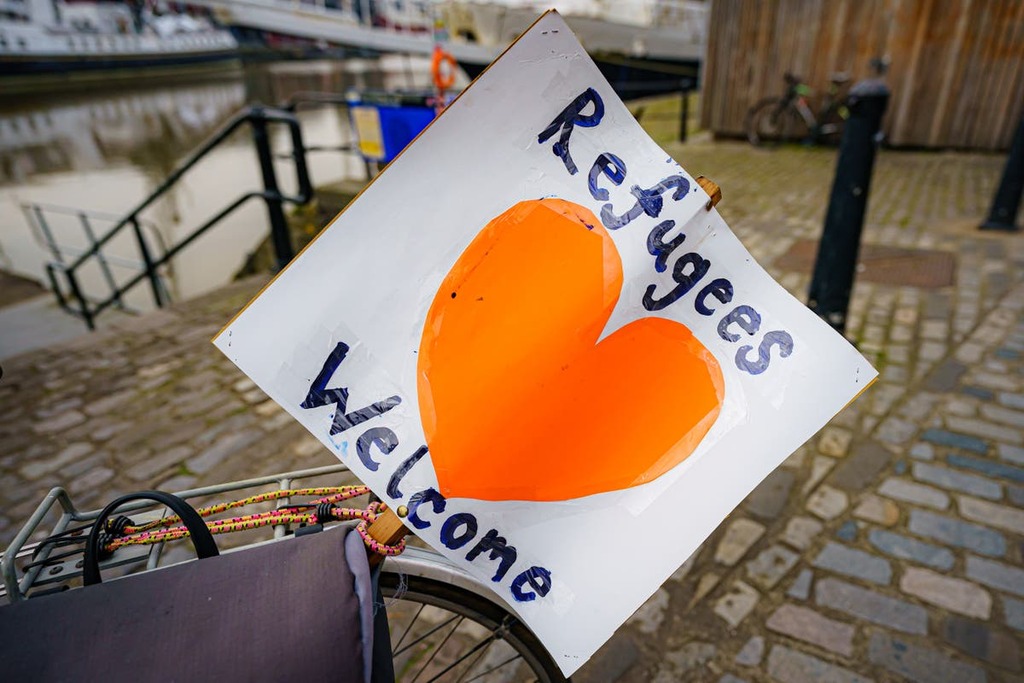 Ukrainian refugees may be housed in B&Bs indefinitely under new laws quietly passed by government
Exclusive: Ministers accused of creating ‘two-tier system’ that ‘strips away homeless rights’ of refugees

By Mark Townsend and Anna Fazackerley

Ukrainians fleeing the war are being housed with UK hosts who have not had a Disclosure and Barring Service (DBS) criminal record check, in the latest concern to blight the government’s response to the refugee crisis.

Under increasing pressure to iron out flaws in its schemes, government sources told the Observer they were creating a “rematching” service to house Ukrainians with people willing to help.

Tens of thousands of people who have registered an interest with the UK’s Homes for Ukraine scheme will be contacted to say the government is working with councils and charities to match them with Ukrainians who have arrived in the UK but find themselves homeless after their initial place fell through or family members could not host them.

So far, more than 102,000 visas have been issued under the two government refugee schemes for Ukrainians, and 46,100 have arrived in the UK. Before refugees arrive in the UK, their hosts are subject to criminal records checks by the Home Office, which are then followed by DBS checks carried out by local authorities.

However, teething problems continue to beset the government’s initiatives. In many cases, people have been housed for weeks by hosts who still are waiting for their DBS checks.

Karen Liebreich, from west London, collected her 21-year-old Ukrainian refugee from the airport five weeks ago but said she was still waiting for the results of the checks.

She said: “My husband and I have now filled in our forms for the DBS checks, but she has been here for five weeks and we still haven’t been approved.”

The Department for Levelling Up, Housing and Communities – which is responsible for the scheme – contacted her last week to ask if it could use her as a case study, but Liebreich refused.

In an email to the department, she said: “[Your] department was all over the press assuring us that everyone housing a Ukrainian has had a completed DBS check. As this is a categoric lie ... I’m not prepared to facilitate an interview to bolster a government message for ministers that seem not to understand the value of the truth.”

A DBS check allows employers and other organisations to look at the criminal record of someone applying for a role, if they have one.

On Thursday another host of a Ukrainian mother and son in Essex also said they had arrived but that she “hadn’t been checked” and had asked the council for an explanation.

Another host from Essex wrote on Facebook: “Our guests, including young child, arrived on 14 April and we were only sent the links for the enhanced DBS check last Friday [6 May].”

Essex county council said the delays had arisen due to the “volume” of cases but that it was “prioritising those who already have guests with them”, and last week started face-to-face DBS checks at two offices to “speed things up further”.

In response to such issues and concerns over homelessness, a parliamentary committee will this week urge the government to sort out its “completely dysfunctional” schemes.

Clive Betts, chair of the levelling-up committee, said he had written to refugees minister Richard Harrington, about fears for the safety of Ukrainians and their potential to end up homeless.

Maggie Filipova-Rivers, of the City of Sanctuary network of 120 local councils, said the delay between Ukrainians being housed and DBS checks conducted on their host was worrying. She highlighted one recent case where a family in Worcester were at risk of becoming homeless after problems arose with their host.

“Someone was hosting a family living on a mattress in the kitchen and asking them for money; it was a potential exploitation case,” said Filipova-Rivers.

Worcester city council said that although no safety issues had been identified in this case, it had found the property to be “unsuitable”. But the host had ignored this and gone ahead with the placement.

Then the council had become aware of “problems in the relationship between sponsor and their guests” – the Ukrainian family had appealed for help on Facebook, which led to a support group providing alternative accommodation in Derby and then Sheffield.

Misha Lagodinsky, who runs a matching scheme called UK Welcomes Ukraine, which has 100 Ukrainian- and Russian-speaking volunteers connecting people, said: “Some people are finding that they are homeless straight away because they have a visa granted and then their host fails DBS checks.”

Charlie Richards, a volunteer with another scheme, said that he had heard of Ukrainian families sleeping on benches after becoming homeless.

Concerns have been building over the failure of the government to release the data it holds on the number of Ukrainians presenting themselves to councils as homeless. A source said it was due to unveil the data shortly, and that numbers relating to the Homes for Ukraine scheme were “very small so far”.

The government source added that the intention was never to carry out DBS checks on all hosts before Ukrainians arrived because the priority was getting people “out of danger” first.

A government spokesperson said: “The Homes for Ukraine scheme has stringent safeguarding measures in place, and the Home Office conducts security and background checks on all sponsors before visas are issued. Councils also conduct checks and must make at least one in-person visit to a sponsor’s property.”

• The headline, sub-heading and first paragraph of this article were amended on 17 May 2022 to clarify that the reported concern relates to DBS checks, rather than the Police National Security checks conducted in respect of hosts before visas are issued to refugees. A sentence relating to theHome Office’s pre-visa security checks was also added.

United KingdomRefugeeChristophe ArchambaultHomes for Ukraine
Sign up to read this article

Ukrainian refugees may be housed in B&Bs indefinitely under new laws quietly passed by government
Exclusive: Ministers accused of creating ‘two-tier system’ that ‘strips away homeless rights’ of refugees