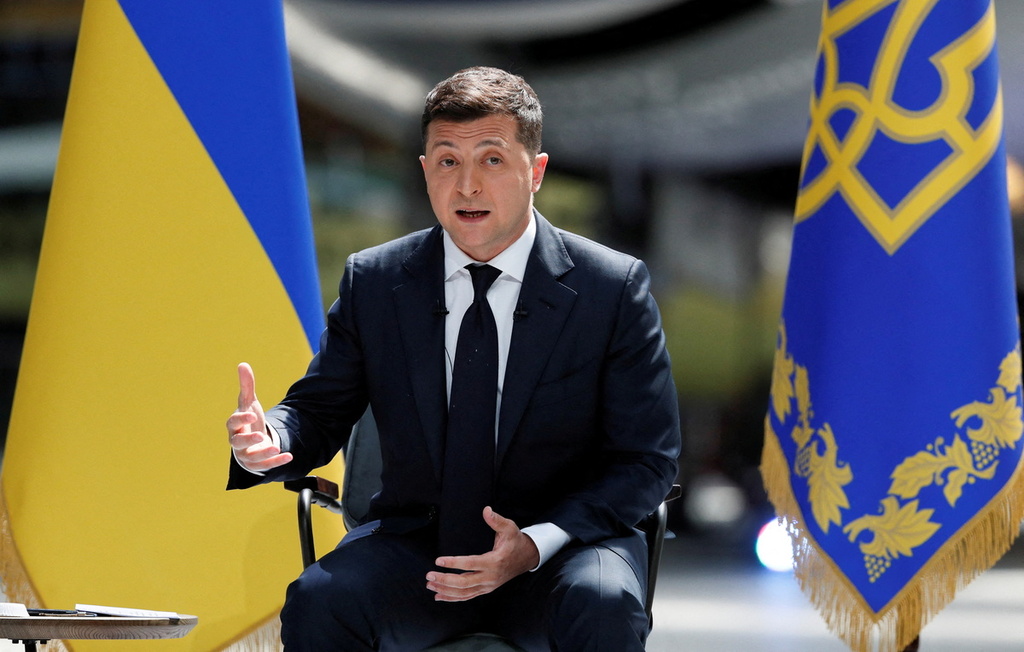 Ukraine is ready to take the necessary decisions to end the war in its eastern Donbass region at a new summit of the leaders of Ukraine, Russia, France and Germany, Ukrainian President Volodymyr Zelenskiy said on Tuesday.

"It is time to agree on an end to the conflict, and we are ready for the necessary decisions during a new summit of the leaders of the four countries," Zelenskiy said in a statement.

In the same statement, Zelenskiy's chief of staff Andriy Yermak said Ukraine wanted to agree on measures such as implementing a ceasefire and more prisoner swaps.

Washington and Kyiv say tens of thousands of Russian troops moved to within striking distance of Ukraine could be preparing a new military offensive. Officials from the United States and Russia met for talks in Geneva on Monday.