Four months ago, at the beginning of the war, countless Ukrainians were demoralized when they learned that the world’s largest cargo airplane, built in Ukraine, was destroyed in a fierce battle.

The plane, called Mriya, which in Ukrainian language means The Dream, was Ukraine’s pride. Only one was ever built. It was a global airplane celebrity. Now it lay in mangled wreckage.

But this week the efforts to resurrect Mriya got a huge lift. British aerospace mogul Richard Branson toured the airfield in Hostomel, where the plane had been based. During the visit, on Wednesday, Ukrainian aerospace experts broached the idea of rebuilding it.

Branson, who has voiced support for Ukraine, did not say whether he would contribute to the effort to get the craft aloft again. But he did write in his blog, “I hope that Mriya’s legacy will endure.”

A Virgin Group spokesperson said Branson was assessing what would be needed to rebuild the plane and that the effort would turn to finding ways the international community could support the project and help rebuild its airfield and Ukraine’s aviation industry.

Ukrainian lawmaker David Arakhamia said Branson had “expressed his willingness to help in any way he can,” according to the Interfax-Ukraine news agency.

In late February, Russian forces tried to seize the Hostomel airport, just north of Kyiv, the capital, to fly in thousands of troops. Ukrainian defenders eventually ran them off, but in the process the airfield was destroyed and so was Mriya.

At 276 feet long and six stories high, the Antonov An-225 Mriya was heavier than any other plane in the sky, far more than a fully loaded 747. Its nose cone flipped up so that turbine blades or even smaller jets could be slid into its cavernous belly. Built in 1988 as part of the Soviet space program, it was still flying until February, ferrying COVID-19 supplies.

Ukrainian officials have vowed to rebuild it using a second half-finished Mriya fuselage that lies in an airplane factory at an undisclosed location. But they have said that the project could cost more than $1 billion and that they need outside help. 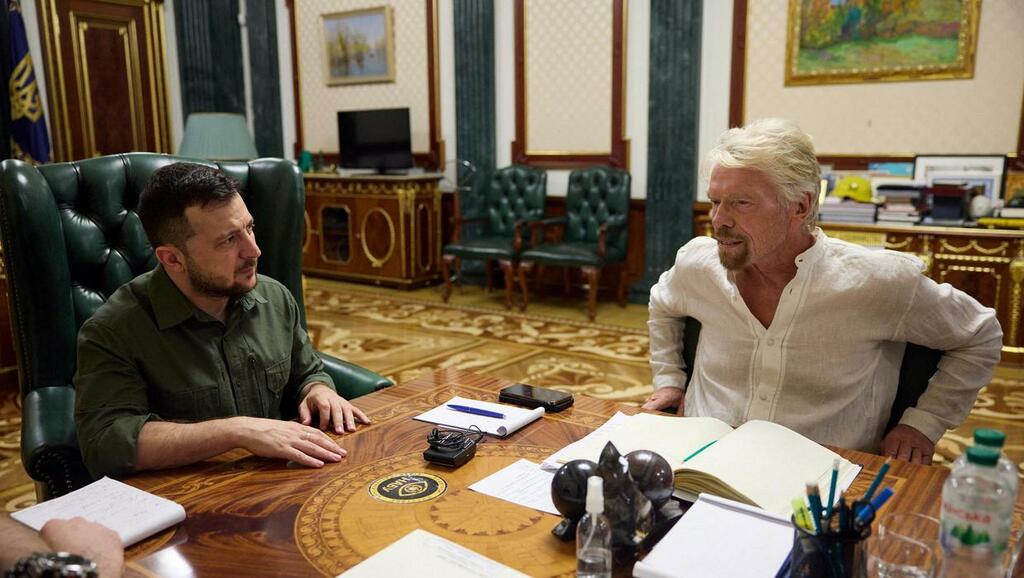 The Prime Minister's visit to war-torn Ukraine was meant to remain secret until he was safely out of the country.…

Yurii Kovryzhenko hopes Mriya, meaning ‘dream’, will serve as a showcase for Ukrainian arts and culture as well as its…