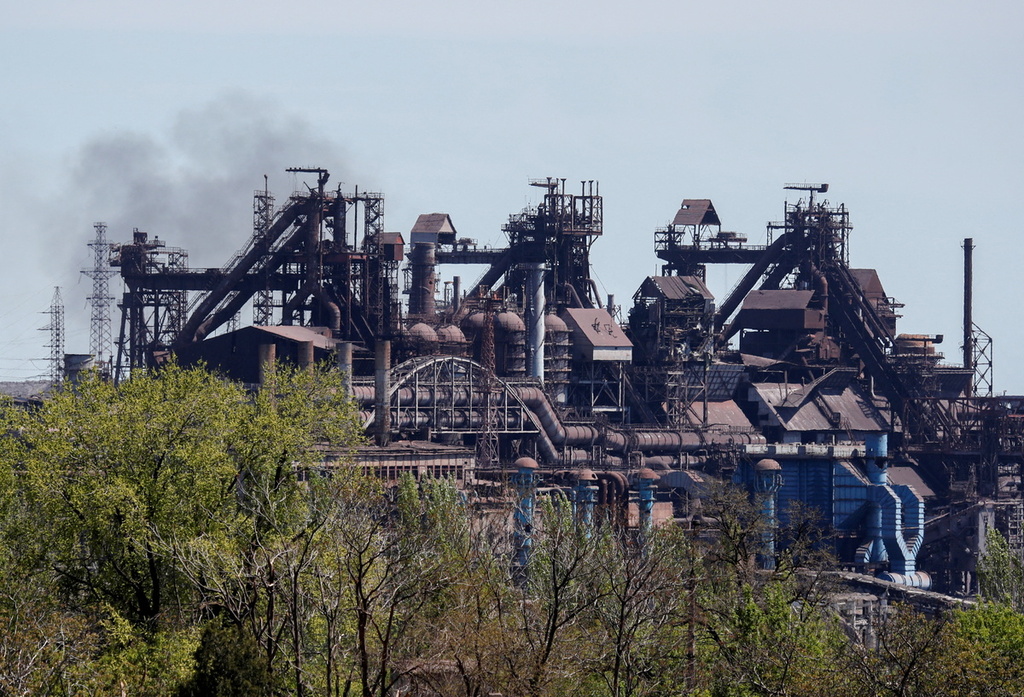 It is a scene reminiscent of the horrors of World War I trench warfare – unshaven soldiers in filthy uniforms,…

Reuters
One subscription that gives you access to news from hundreds of sites
Ukraine pushes Russian forces back, restricts gas flow to Europe

Reuters
'Save Azovstal!' Relatives of Ukrainian fighters in steel plant plead for help

Relatives and supporters of the Ukrainian fighters holed up in the Azovstal steel plant demonstrated in Kyiv on Thursday, pleading…

Reuters
Get all your news in one place
Latest Health news:

Al Jazeera
Read news from The Economist, FT, Bloomberg and more, with one subscription
Learn More
No, They Didn’t Find the Cause of SIDS

An inspiring study went viral for the wrong reasons.

The FDA is authorizing the use of a single booster to "provide continued protection against COVID-19" in children.

Axios
From analysis to good news, read the world’s best news in one place
How we remember them: The book of the dead

Al Jazeera
The vegetables that can protect you against air pollution

By Natalia Zinets and Max Hunder

Ukrainian officials issued dire warnings on Wednesday about the fate of civilians and the last fighters in Mariupol after weeks of Russian bombardment which the city's mayor said had turned it into a "medieval ghetto".

Human rights ombudswoman Lyudmyla Denisova appealed to the United Nations and Red Cross to help evacuate wounded fighters holed up in the southern city's vast steel works, saying the destruction of a makeshift hospital there meant many were dying.

"The aggressor does not give the wounded military a chance to survive," she wrote on Telegram. "Due to the risk of infection because of a lack of antibiotics, medical instruments and sterile dressings, doctors are forced to amputate the limbs (of the wounded) even with minor injuries."

Reuters could not verify the conditions in the sprawling Azovstal steel works or the reported destruction of the underground hospital earlier this week.

Russia, which denies targeting civilians, did not immediately comment on Denisova's statement.

Denisova appealed to the United Nations and the International Committee of the Red Cross (ICRC) to take "all possible measures to protect and assist wounded civilians who are no longer combatants".

She said there were hundreds of wounded among the more than 1,000 fighters estimated to still be in the steel works. The numbers could not be confirmed independently.

Ukrainian officials said Russia was pressing on with its assault on the Azovstal plant on Wednesday after capturing the rest of the city, a strategic port on the Sea of Azov.

"Azovstal is on fire again after the bombing. If there is hell on earth, it is there," Petro Andryushchenko, an aide to Mayor Vadym Boichenko, wrote on Telegram.

Kyiv says it is likely that tens of thousands of people have been killed in Mariupol since Russia invaded Ukraine on Feb. 24 and laid siege to the city, where food, water, power and heating supplies were cut off weeks ago.

Mariupol was home to more than 400,000 people before the war but is now an urban wasteland. Following mass evacuations, some arranged by the U.N. and ICRC, local authorities say Mariupol has between 150,000 and 170,000 residents.

"The (Russian) occupiers have turned Mariupol into a medieval ghetto," Boichenko, who has left the city, said on national television.

"Without medicine and medical care, the restoration of the water supply and proper sewerage in the city, epidemics will erupt. Today, the majority of the current population is old and sick. Without proper conditions, mortality among vulnerable groups will increase exponentially."

Moscow says it "special military operation" is intended to disarm Ukraine and rid it of what it calls anti-Russian nationalists. Ukraine and the West say this is a false pretext for waging an unprovoked war of aggression.

(Max Hunder reported from London for this article, Writing by Timothy Heritage, Editing by Gareth Jones)

It is a scene reminiscent of the horrors of World War I trench warfare – unshaven soldiers in filthy uniforms,…

Reuters
One subscription that gives you access to news from hundreds of sites
Ukraine pushes Russian forces back, restricts gas flow to Europe

Reuters
'Save Azovstal!' Relatives of Ukrainian fighters in steel plant plead for help

Relatives and supporters of the Ukrainian fighters holed up in the Azovstal steel plant demonstrated in Kyiv on Thursday, pleading…