Senators headed home for the weekend without clearing a $40.1 billion emergency spending package for Ukraine that the White House says is needed by late next week, when previously appropriated funds are expected to run out.

Party leaders cleared all but one obstruction to the Ukraine supplemental on Thursday. But the hold on the bill from Sen. Rand Paul, R-Ky., led Senate Majority Leader Charles E. Schumer to start the cloture process, which could drag out final passage until the middle of next week.

The first step is a cloture vote on the motion to proceed to the bill, which is set to ripen at 5:30 p.m. Monday. Assuming there are 60 votes for cloture, then there would be up to 30 hours of debate just on the motion to proceed unless there’s agreement to cut that time short. Then, senators would need to go through the same procedure to end debate on the bill and move to final passage.

The only way to speed things up is to get consent from Paul, who wants to add language giving authority to the special inspector general for Afghanistan reconstruction to oversee the spending in Ukraine. “The only time you have leverage is when you hold them up from something they want to do,” Paul said.

Paul said he thinks his oversight effort would have broad support in the Senate.

“Other than the possibility they may have to vote one more time in the House, I think most members on the Democrat side have been supportive of SIGAR in the past, and on our side, there are some Republicans who have a little bit of trepidation for voting on so much money with no controls on it,” he said.

But later Thursday, Paul appeared to have lost confidence in the support for his proposal when he objected to an offer from Schumer and Minority Leader Mitch McConnell to hold an amendment vote on it, subject to a 60-vote threshold.

“There’s a simple way to solve this. We should vote on Sen. Paul’s amendment and then we should pass the supplemental, and we should do it today,” McConnell said.

Paul objected, saying he wanted to incorporate his amendment into the bill without a separate vote on it.

Schumer accused Paul of  making “my way or the highway” demands, noting if every senator pulled moves like that “it would mean total and permanent paralysis for this chamber.”

Part of Schumer and McConnell’s offer that Paul likely took issue with was for the Senate to pass a different Ukraine spending oversight bill from Sen. John Kennedy, R-La., by unanimous consent. If Paul had not objected to that request, senators could have used passage of Kennedy’s measure as a reason to oppose his.

Kennedy’s bill would establish the Office of the Special Inspector General for Ukrainian Military, Economic, and Humanitarian Aid and appropriate $20 million for fiscal 2023 for the new office to oversee U.S. aid to Ukraine and NATO allies in the region. The funds would be offset by clawing back $20 million from fiscal 2022-appropriated funds intended to help countries in Eastern Europe and Central Asia advance democracy and the rule of law and fight corruption.

Text of Paul’s language was not immediately available, but Democrats said it was broader than Kennedy’s and didn’t apply to just Ukraine spending. “There are elements of that amendment that have nothing to do with Ukraine, and that is a Pandora’s box,” Sen. Christopher S. Murphy, D-Conn., said, adding that few had seen text of Paul’s amendment.

Sen. Bill Hagerty, R-Tenn., late Thursday afternoon dropped a hold on the Ukraine supplemental that he’d placed to try and secure a vote on a bill he introduced Thursday to shift $10 million in unspent fiscal 2022 appropriations to cover the costs of additional security for Supreme Court justices, their families and officers and employees of the court.

Hagerty said earlier that his proposal was needed to ensure that the Supreme Court Police have the necessary funding to provide the protection authorized in legislation sponsored by Sens. John Cornyn, R-Texas, and Chris Coons, D-Del., that passed the Senate on Monday. Their bill would extend existing protections for justices and officers of the court to their families as well, but it wouldn’t appropriate new funds for that added security.

“I spoke with the Supreme Court staff over there, they need some help now to bridge the process they’ve got to go through bureaucratically to get in place the proper funding to deliver the proper level of protection, to do what Sen. Cornyn and Coons have provided,” Hagerty said. “I support their legislation, I just want to see some resources to help bridge us to get there.”

Earlier this week, Cornyn said Supreme Court officials hadn’t asked for additional funding yet. “I’m sure they’ll come back to us if they need some more money,” he said.

Senate Appropriations ranking member Richard C. Shelby, R-Ala., said Thursday he’s not sure the funding is needed and that Hagerty’s proposal “ought to be thought out” and go through the regular committee process.

Hagerty did not secure a commitment that the Senate would pass his bill but said after dropping his hold that it allowed him to start a bipartisan conversation about providing the resources necessary to protect justices and their families.

Another potential obstacle to the bill was cleared Thursday, when Sen. Joni Ernst said she would not hold up the measure with an amendment she had been considering on shipping regulations.

Ernst has been pushing for a waiver from a 1954 shipping law designed to ensure the use of U.S.-flagged ships in the delivery of food aid, for which the underlying bill would appropriate over $5 billion. “We have not had it resolved yet, but I don’t want to slow down the process,” the Iowa Republican said.

The law requires at least 50 percent of the gross tonnage of agricultural and other shipments to be transported on U.S.-flagged vessels., unless such ships are unavailable or “fair and reasonable rates” couldn’t be obtained otherwise.

Ernst argued the ships clearly weren’t available — only four are currently in service, she said — and that the regulation was driving up shipping costs and delaying needed deliveries to countries in Africa and the Middle East suffering from food shortages as a result of the war in Ukraine.

The underlying statute provides the administration flexibility to get around the U.S.-flag requirements, and, as a failsafe, the president, secretary of Defense or Congress via resolution can mandate an emergency waiver. “They need to do it, and they’re not doing it,” Ernst said. “So as Congress, let’s give them the ability to move forward.”

While she will continue pursuing the issue, she said, “I will not be holding up the [Ukraine] bill on that.”

Critics including domestic shippers and maritime unions argue Ernst’s proposals are overly broad. One is a blanket waiver of the cargo preference rule while a “state of emergency exists due to the Russian invasion of Ukraine,” and the other is a three-year waiver.

They also say it’s not necessary since federal agencies like the U.S. Agency for International Development can and do typically issue such food aid waivers when needed in an emergency. Ernst’s proposal is tantamount to “using a crisis to try to undermine this industry in the U.S.,” AFL-CIO Transportation Trades Department President Greg Regan said. “No one has ever told us the waiver process is too cumbersome.”

The Transportation Institute, which represents shipping companies, like TOTE Inc. and Crowley Maritime, that operate U.S.-flag vessels, argues Ernst is misrepresenting the issue by saying only four ships would currently qualify. While there are only four such ships that carry large grain cargoes categorized as “dry bulk” vessels, there are dozens of other container and general cargo ships that are up to the task, the group says.

“The resolutions would hurt our strategic U.S.-flag shipping industry but provide no offsetting benefit to the federal agencies shipping humanitarian supplies because they already have and use generously their existing waiver authorities,” the Transportation Institute said in a statement Wednesday. 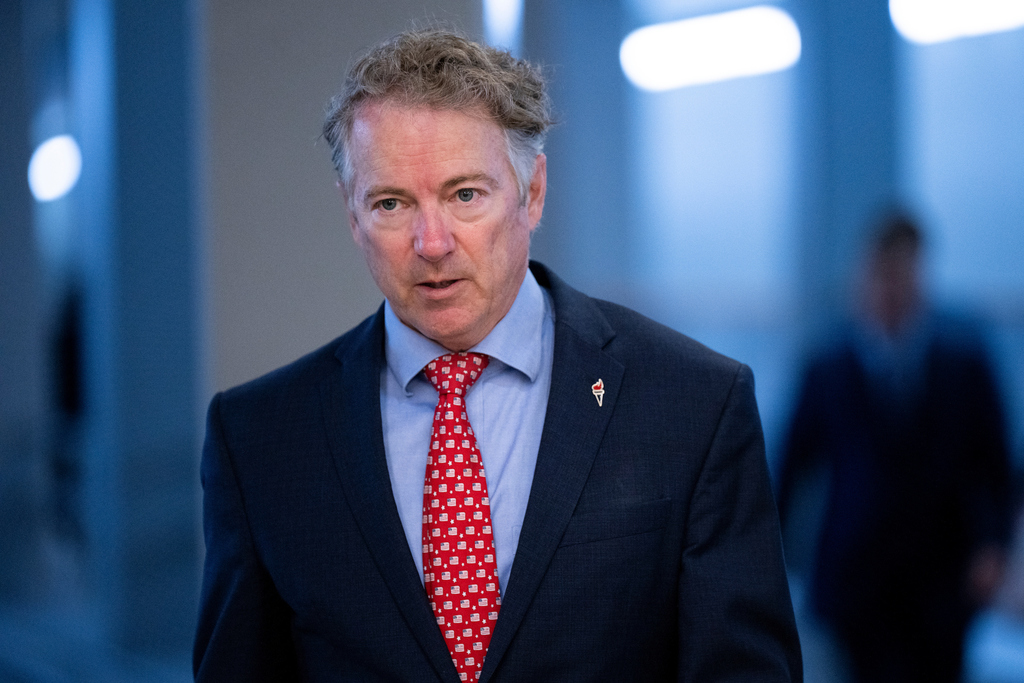 Roll Call
One subscription that gives you access to news from hundreds of sites
Restaurant, small-business aid bill vote expected next week