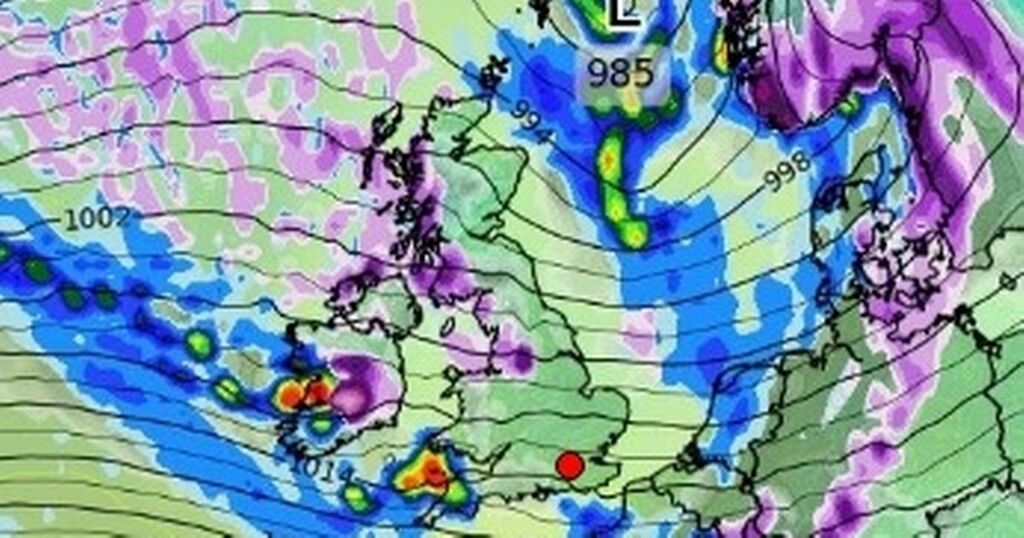 Brits are set for more freezing temperatures over the weekend with several days of snow predicted and as much as 15cm falling in Scotland.

The UK has been hit with an Arctic blast over the past few days and while temperatures during the daytime this weekend will not see the same intense cold, the mercury is set to plunge at night.

Looking at the early hours of Saturday BBC forecaster Christopher Blanchett said:“There is a chance of icy patches almost anywhere and under clear skies temperatures are readily falling away to sub-zero and in rural parts of the north east perhaps minus 6C.”

Maps from WXCharts show up to 15cms of snow falling in northern and western Scotland over the coming days while there are also expected to be several centimetres of snow in the south of Scotland and North West England.

Jason Nicholls, AccuWeather forecaster, told Express.co.uk said: “A front will bring some rain to the UK on Saturday with snow in the Scottish Highlands.

“Another front will spread showers southward across the UK on Monday night and Tuesday. There can be some snow in the Scottish Highlands again Monday night. The remainder of next week looks dry with high pressure in control.”

The Met Office also warned of icy conditions in the early hours of Saturday morning and for people to take care on roads.

"Pretty cold conditions through Friday night, a frost forming fairly sharply and where we have seen showers forming in the afternoon and evening that could lead to some icy conditions and so note that if you are heading out in the car or on the bike," said forecaster Alex Deakin.

"For most quite a soggy start to the weekend with cloud and rain drifting in but also tending to pull away quite quickly from western Scotland and Northern Ireland so skies starting to brighten up here. Some heavy snow at times over the higher routes across Scotland although that does clear."

In England there is set to be heavy rain during the day before it gets icy again on Saturday night.

Mr Deakin said: "Further south the rain is going to be quite heavy, some brighter colours there, pulses of rain working from west to east during the day, accompanied by some lively gusts of wind. It could get very gusty especially along the south coast and although it does brighten up in the west there will be showers in the afternoon, mainly rain - but there will be snow on the hills and mountains of western Scotland.”

UK forecast for the next 5 days

Blustery showers continuing, mainly in the north and west. Showers heavy at times with hail in places and also wintry over hills. Windy, especially in the southwest.

Early showers in the west gradually becoming mostly confined to parts of northern England by late afternoon. Otherwise sunny spells and mostly dry in the south and east. Wind easing.

Outlook for Monday to Wednesday: