UK weather forecast: Another heatwave could be on way to Britain with 25C expected 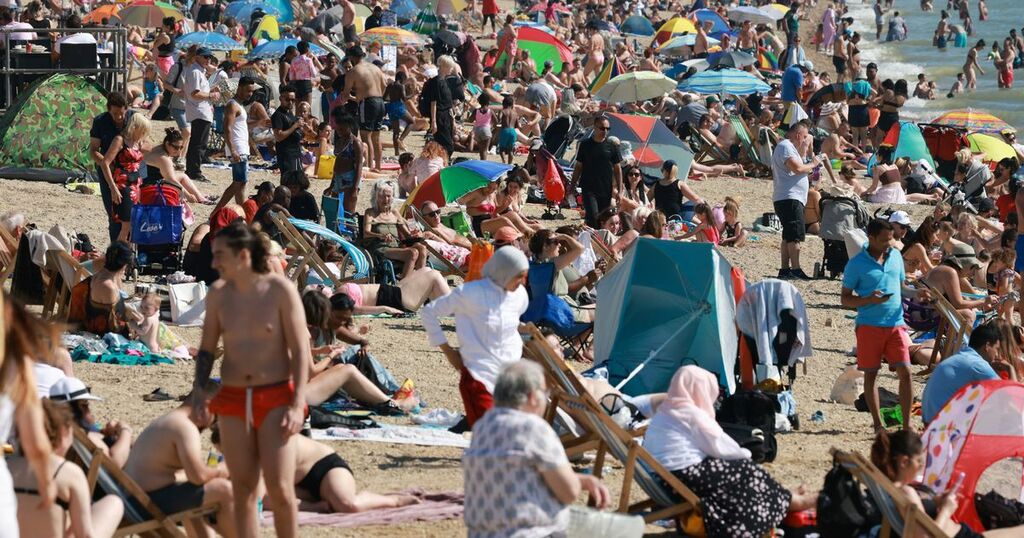 Hurricane Larry and "winds from southern latitudes" are expected to cause temperatures in the UK to exceed Portugal in the coming days.

Hopes have risen for another autumn heatwave from Tuesday as temperatures are set to go above 25C.

But Monday will see showers in some areas and while the temperature will be warmer than in recent days it will be a less cool day for many.

Speaking of the weather for the week ahead ex-BBC and Met Office forecaster John Hammond, of weathertrending, said: "With Larry's bundle of energy near Iceland, winds from southern latitudes could send the mercury into the mid-20s - just like last week.

"Remarkable warmth was seen last week, and some may welcome another fine spell after a poor August."

The Met Office has forecast temperatures of 24C for Tuesday, with showers, rising to a possible 25C by Wednesday and Thursday.

It would make Britain hotter than the 23C in Faro, on Portugal's Algarve and is 6C above average for this time of year. Parts of the north are set to see 23C.

The hurricane made landfall in Canada, on Saturday, but the energy and heat of the storm is having a knock-on effect elsewhere.

"Monday and Tuesday has rain but also bright spells, with many regions dry on Wednesday and Thursday with sunny spells.

"Friday has a spell of rain for many areas - but through the weekend and beyond has a signal for mostly fine and dry weather in the South and East, with temperatures near to above-average."

Met Office forecaster Marco Petagna added: "Our weather has been so warm recently - and temperatures in the low to mid-20s are still a few degrees above average."

Dry for many eastern and northern parts with some sunny spells. Western parts cloudier with some mostly light rain. Warm for some south and eastern areas.

Some clear spells in eastern parts but mainly cloudy. Rain at times in west and areas of heavier rain arriving in far south later, this possibly thundery.

Outlook for Wednesday to Friday:

Rain and drizzle erratically clear from eastern England on Wednesday. Generally fine conditions then prevailing until late Friday, when cloud, strengthening winds, and some heavy rain arrive across western areas.