The UK is unprepared for huge food price hikes and shortages of essential goods that will be triggered by the Ukraine war, the head of a government advisory body fears.

Ian Wright has told The Independent of growing concerns that there is no proper plan for a “scary” future of disrupted food supplies, warning: “This is a bigger crisis than energy.”

Russia’s blockade of Black Sea ports has left 25 million tonnes of grain stuck in Ukraine – threatening famine in the poorest countries, but with stark implications also for the UK, which relies on food imports.

Cooking oil, which is used in crisps, ready meals, biscuits and mayonnaise, has already been rationed, while rising fertiliser and animal feed prices are hitting domestic production.

Supplies of donated food by charities and community groups – co-ordinated by an organisation with no government funding – will run out as millions more flock to lunch clubs and homeless shelters, it is feared.

The looming crisis will come to a head at a crunch meeting of the Food and Drink Sector Council (FDSC) on Tuesday, when industry figures will demand to see what preparations are in place.

Mr Wright said: “I don’t think the government has fully grasped the implications of all this. Things could get quite scary, with significant price rises and in terms of food poverty.

“A lot of people involved with the food industry think this issue now requires greater urgency and focus from the government to ensure the country gets the food that it needs.

“This is a bigger crisis than energy. If the government has plans, it needs to share what those plans are more widely.”

The fears were echoed by the National Farmers’ Union (NFU) and the food redistribution organisation FairShare, which accused ministers of allowing 2 million tonnes of edible food to go to waste every year.

“We can and should be producing more, for at home and abroad. We just need a proper food strategy adopted by government.”

Boris Johnson has been urged to copy Joe Biden by organising a “hunger summit” to focus attention on the crisis – but No 10 has yet to reply, The Independent can reveal.

Ministers have also ignored pleas, by two Commons committees, to appoint a “food poverty minister” to drive through cross-departmental action to ensure supplies.

On Tuesday, food and farming minister Victoria Prentis, and her officials, will be urged to show evidence that the government knows which supply chains are most likely to break down because of the Ukraine blockade.

The Department for Environment, Food and Rural Affairs (Defra) is also under pressure to boost “homegrown food”, by protecting farmgate prices for farmers hit by rising fertiliser and feed bills.

Although the UK supplies 60 per cent of its food, that is a yearly average – and the proportion drops closer to 40 per cent as winter approaches.

A third strand of the strategy should dramatically boost donated food, it is argued, in anticipation of hundreds of thousands more people needing it in the months to come.

Lindsay Boswell, FareShare’s chief executive, told The Independent: “More than 2 million tonnes of edible food is wasted on farms and in factories every year – food that could be stopping people from going hungry.

“But the UK government isn’t funding food redistribution. So, it’s cheaper for farmers to waste good-to-eat food than get it to on to people’s plates.”

A study has shown wider benefits of £14 for every £1 spent on reallocating food, but – unlike in France, where there are tax incentives – FairShare relies on charitable and corporate funding.

Last week, the Bank of England governor Andrew Bailey warned of an “apocalyptic” impact from the Ukraine conflict, telling MPs there is “no way of shipping the food out and it’s getting worse”.

Mr Wright, the former head of the Food and Drink Federation, said Brexit – estimated to have pushed up food prices by 6 per cent – and Covid were just a foretaste of what is to come.

“We are now likely to see the impact on food supplies of Putin’s plans to make things as difficult as he can for the west,” he warned.

But Defra argued the UK has “a highly resilient food supply chain which has coped well in responding to unprecedented challenges”. 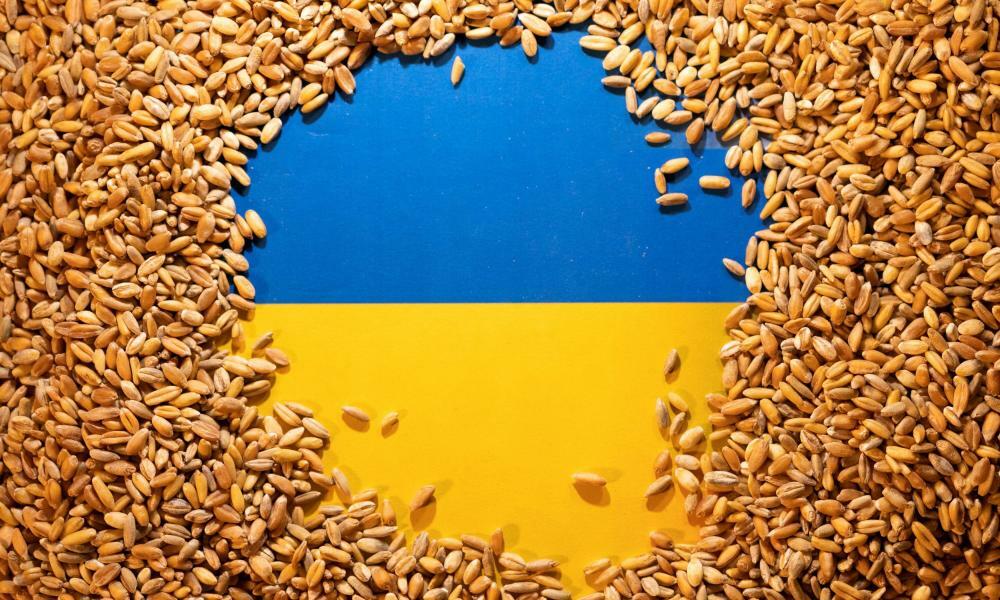 The food crisis is what happens when global chains collapse. We might need to get used to it
War in Ukraine is the latest threat to the whole intellectual edifice of globalisation

They have warned that soaring costs caused by shortages of fish, potatoes, cooking oil, and flour are causing the unprecedented…