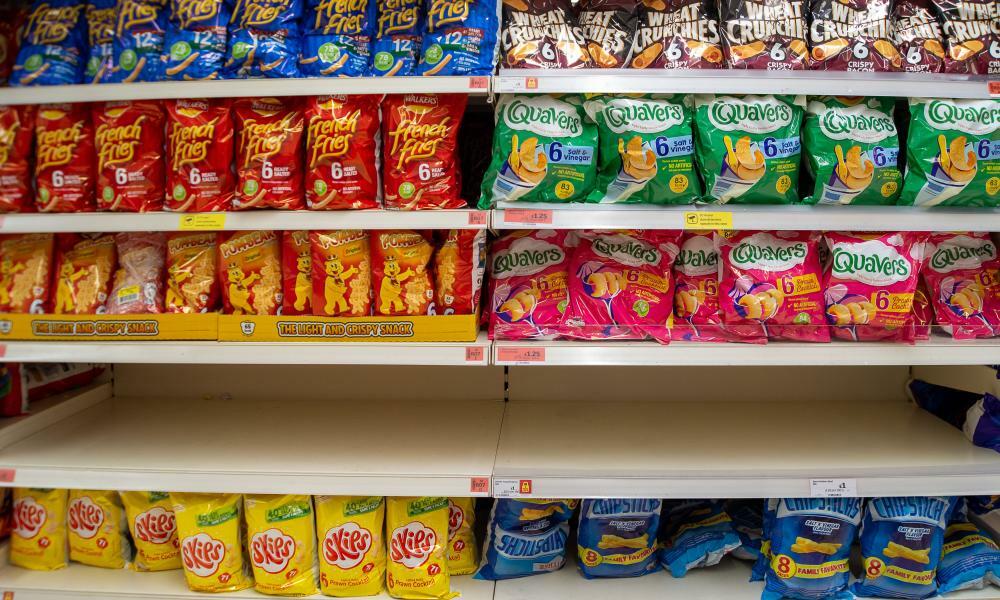 Price rises were most significant in savoury snacks, cat food and packaged cakes and pastries according to analysts at Kantar, who said the pace of inflation in the month to 5 September had more than tripled the 0.4% figure for August, which was itself the first month of price rises since April.

The figures come after multiple forecasts from business leaders of an autumn rise in living costs ignited by Covid and Brexit disruption, including a shortage of delivery drivers.

Consumer goods makers such as Nestlé, Procter & Gamble and Unilever have said they will be forced to increase their prices and retailers predict the cost of filling up a trolley will climb further if disruption continues.

Fraser McKevitt, the head of retail and consumer insight at Kantar, said: “For much of 2021 shoppers have been shielded from price increases, with more being sold on promotion this year compared to 2020. But in the past month only 27.5% of spending was done on deals. Other than the early days of lockdown last year, that is the lowest level recorded in the 15 years which we have tracked this data.”

The price rises come amid a sea change in shopper behaviour as schools go back after the summer break and many workers return to the office.

Online grocery sales slid to 12.2% of the overall grocery market in September from 13% four weeks ago – the lowest level since May 2020 as people begin to spend more in stores. The average online shop is now worth £78.28, nearly £17 less than its peak at the start of the pandemic.

McKevitt said this reflected a move away from big weekly or fortnightly shops to frequent smaller trips and a shift back to eating out and ready meals as life becomes more busy. Sales of chilled ready meals increased by 11% in September.

Sales of groceries to take home, rather than eat on the go, fell by almost 2% across the UK in the three months to 5 September compared with strong trading last year when restaurants were shut for some of the period. Only Waitrose and Tesco increased sales in the changing marketplace.

“There are big lifestyle changes on the horizon with commuters heading back to the office and the return to school this autumn, and we’d expect this to impact how people shop,” McKevitt said.

“In the first week of September we measured the highest supermarket footfall all year outside the Easter period with more people out and about picking up items as they go. That suggests a hint of change, and could see shoppers shun the ‘big shop’ in favour of more frequent top-up buying.

“But we shouldn’t expect to shift from habits learned in lockdown straight back to pre-Covid patterns overnight. It’s most likely that the needle will settle somewhere in between.”