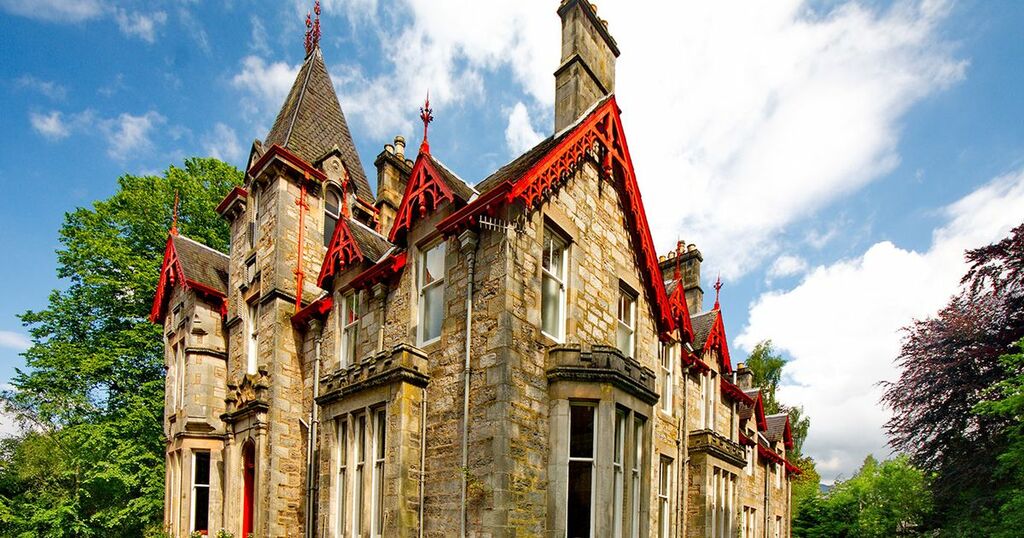 Restaurant and hotel menus can be quite underwhelming for those who are vegan.

But, the beautiful Saorsa 1875 hotel in Perthshire is on its way to changing that.

With stunning views across the Scottish highlands, the lavish Saorsa 1875 became the UK's first vegan hotel when it opened its doors two years ago.

The fully renovated 19th Century building sits among two acres of lush greenery and gardens, with guests being able to choose from 11 luxury bedrooms.

Not only does the hotel offer an extensive plant-based menu, but all of the products used, whether it be the uniforms or the toiletries, are cruelty free.

Owners Jack McLaren-Stewart and his mum Sandra have also committed to using local producers where possible, and they supply their energy through Ecotricity, the UK's only energy company to supply vegan power.

Their love of animals also means that your four-legged friends are also welcome with their dog-friendly policy.

The luxury isn't compromised by their drive towards this noble ethos, with stylish modern interiors and a vegan food and cocktail menu to rival the best available in places like Glasgow and Edinburgh.

When it comes to food, Saorsa offers an ever-evolving menu inspired by the team's travels and is delivered using local, ethical ingredients.

With the owners adding that they are on a mission to "prove that delicious food doesn’t have to come at the expense of animals or the planet".

As part of this commitment to community and sustainability, each dinner is communal with each five course meal served also seeing them offset their carbon emissions by planting one tree in conjunction with The Green Earth Appeal.

It's been such a hit that it's already won a slew of awards from the likes of National Geographic and PETA.

Speaking about the hotel when it first opened, Jack said: "We wanted to create a space where anyone, vegan or otherwise, can come and experience the beauty of the Highlands without feeling like they’re compromising on their ethics.