Theresa May has warned Boris Johnson that tearing up parts of the Northern Ireland protocol could harm Britain’s reputation for abiding by international law, as the UK and EU remained at a standstill in negotiations.

The former prime minister made her intervention as Johnson and Liz Truss, his foreign secretary, were considering whether to unilaterally suspend parts of the protocol – the controversial post-Brexit regulatory framework that aligns Northern Ireland more closely with the EU than the rest of the UK.

Speaking in the Commons, May told them they needed to consider the “wider sense of what such a move would say about the United Kingdom and its willingness to abide by treaties which it has signed”.

But Johnson warned Micheál Martin, the Irish prime minister, on Tuesday that the situation was “now very serious”, suggesting that the UK may take its own steps to ignore parts of the protocol that have created trade barriers between Northern Ireland and the rest of the UK.

“The prime minister reiterated that the UK government would take action to protect peace and political stability in Northern Ireland if solutions could not be found,” Martin said.

A No 10 spokesperson insisted “no decisions have been taken”, and added: “We want to fix some of the underlying challenges, and think the situation is extremely serious.”

Brandon Lewis, the Northern Ireland secretary, has been in talks with the major parties in Northern Ireland since Sinn Féin became the biggest party on the assembly for the first time. The Democratic Unionists were pushed into second place and are refusing to resume power sharing without changes to the protocol.

Jeffrey Donaldson, the DUP leader, told the Commons on Tuesday that there was “no consensus” in Northern Ireland for the protocol, and it was harming the economy.

He added on Twitter: “Spoke to the prime minister this morning and reiterated our position that we cannot nominate to an executive until decisive action is taken on the protocol.”

However, at the same time, the European Union executive ruled out any renegotiation of the protocol, responding to reports that Truss was planning to ditch the agreement.

In a statement after the Queen’s speech, Maroš Šefčovič, the European Commission vice-president responsible for post-Brexit relations, said: “From the very beginning, the EU has worked tirelessly to propose creative and durable solutions, showing flexibility on how the protocol should be implemented.

“The protocol, as a cornerstone of the withdrawal agreement, is an international agreement. Its renegotiation is not an option. The European Union is united in this position.”

One EU official said it was expected that Johnson’s government would keep tapping into Brexit outrage, adding: “There might be a respect with what both sides are doing in Ukraine, but trust is irredeemably broken with this government.”

“I did speak to Boris Johnson and I made it very clear to him that his pandering to the DUP and the dialling up of rhetoric serves no purpose to provide the certainty and stability that people here want to see. This action of the British government today in cahoots with the DUP punishes the people here,” she said.

Donaldson told reporters in London that he was committed to leading the DUP into political institutions at Stormont. But he added: “I’m also very clear we need to resolve the issues here in terms of the protocol and I will be making my position clear on that before the end of this week.”

Asked if he would stay on as an MP or take up his mandate to be a member of the legislative assembly, Donaldson said: “In the short term a choice has to be made on that. I will come to a decision with my colleagues.” 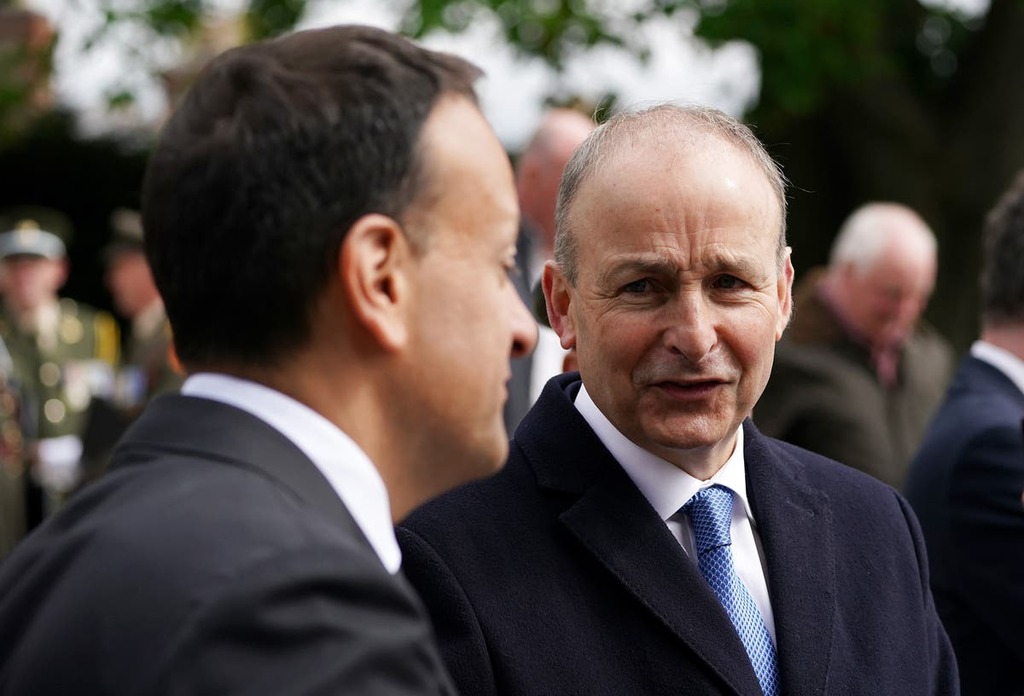 Johnson warned to be ‘wise’ to voters’ wishes over Northern Ireland Protocol
The Taoiseach had a call with the UK Prime Minister.

The Independent UK
One subscription that gives you access to news from hundreds of sites
UK will not shy away from taking action on Northern Ireland Protocol, says Truss