Britain brings out the bunting next week for Queen Elizabeth II's Platinum Jubilee, with four days of public events to mark her 70 years on the throne.

Across the country, red, white and blue Union Jack are being hung for street parties, picnics and barbecues over four days from Thursday to Sunday, AFP reported.

With two public holidays and the weekend, retailers and the hospitality sector in particular are hoping for a sales boost, after a difficult few years.

Harvir Dhillon, an economist at the British Retail Consortium, predicted a rush to stock up on party food and booze.

"Fresh food, sales of alcohol and particularly items adorned with the Union Jack are expected to perform well," he told AFP.

The British Beer and Pub Association estimated that 90 million pints will be sold, giving a 105-million-pound ($132 million, 124 million euros) boost to the trade.

Closing time has been extended from 11:00 pm to 1:00 am from Thursday to Saturday night.

Jason Smith, who runs the White Swan pub in Otley, near Leeds, northern England, said Covid restrictions and closures had been a "real blow" to business.

"But this will be an opportunity to bounce back, so we're keeping fingers crossed for nice weather as well to lift spirits and celebrations even more."

Events begin on Thursday with Trooping the Color, the military parade that has officially marked the British monarch's birthday for more than 250 years.

In previous years, the queen has taken the salute herself on horseback at Horse Guards Parade, near her central London home at Buckingham Palace.

But at 96, and with well-documented problems walking and standing, senior royals will deputize.

Heir to the throne Prince Charles, 73, most recently stood in for his mother at the State Opening of Parliament -- a key ceremonial engagement.

The queen has been largely out of action at public engagements since last October, when she spent a night in hospital after unspecified tests.

Last-minute cancellations and a bout of Covid earlier this year cast doubt on whether she would participate in full at the landmark jubilee.

No other British monarch in history has reigned for 70 years.

"If we don't see the queen over the jubilee, there'll be millions of people disappointed," veteran royal photographer Arthur Edwards told AFP recently.

But she has made several surprise appearances in recent weeks, at the opening of a new east-west rail link in London that bears her name, and at the Windsor Horse Show.

She walked with a stick on those occasions and toured exhibits at the Chelsea Flower Show this week in a deluxe chauffeur-driven buggy.

The pomp and pageantry of the Trooping the Color has typically ended with an appearance on the balcony of Buckingham Palace and a ceremonial fly-past.

But numbers have been limited to working royals only, leaving no place for self-exiled grandson Prince Harry and his American wife Meghan, nor her disgraced second son Prince Andrew.

But reports have claimed Andrew -- who in February settled a US civil claim for sexual assault -- could be involved in the jubilee in some form.

Harry and Meghan have also promised to fly in from the United States with their young children Archie and Lilibet to take part in the wider celebrations.

Andrew's appearance in March supporting his mother at her late husband Prince Philip's memorial service caused outrage, and royal officials are reportedly concerned about a media circus around Harry and Meghan.

As in previous jubilees, events have been designed to reflect the queen's position as head of state and a national figurehead representing tradition and history.

The whole event is characteristically British, such as a pudding competition, and quirky world record attempts for the biggest cream tea party and longest picnic.

Participants in a giant public parade that tops off the events on Sunday will be familiar to anyone acquainted with British popular culture since 1952.

But Bollywood dancers and a Caribbean carnival will also reflect the changing nature of British society since the start of her reign from one predominantly white and Christian to multicultural and multi-faith.

The most recent YouGov poll gave the queen a 75-percent approval rating, maintaining her position as Britain's most favoured royal.

But British Future, a think-tank, said the monarchy she heads and will soon pass on needs to do more to broaden its appeal to the young and ethnic minorities to remain relevant. 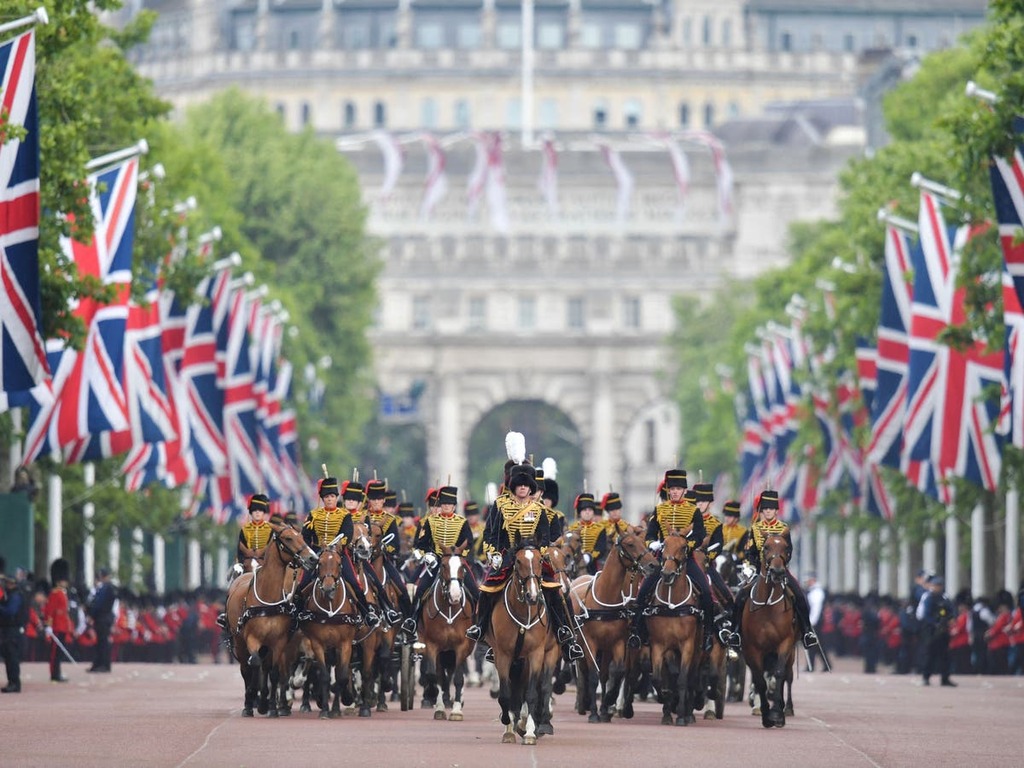 When is the Queen’s Platinum Jubilee?
The monarch will mark 70 years on the throne with a four-day bank holiday weekend in June

Daily Record
Trooping the Colour 2022: How is the Queen celebrating her platinum jubilee and who will join?

Here’s everything you need to know ahead of the celebrations