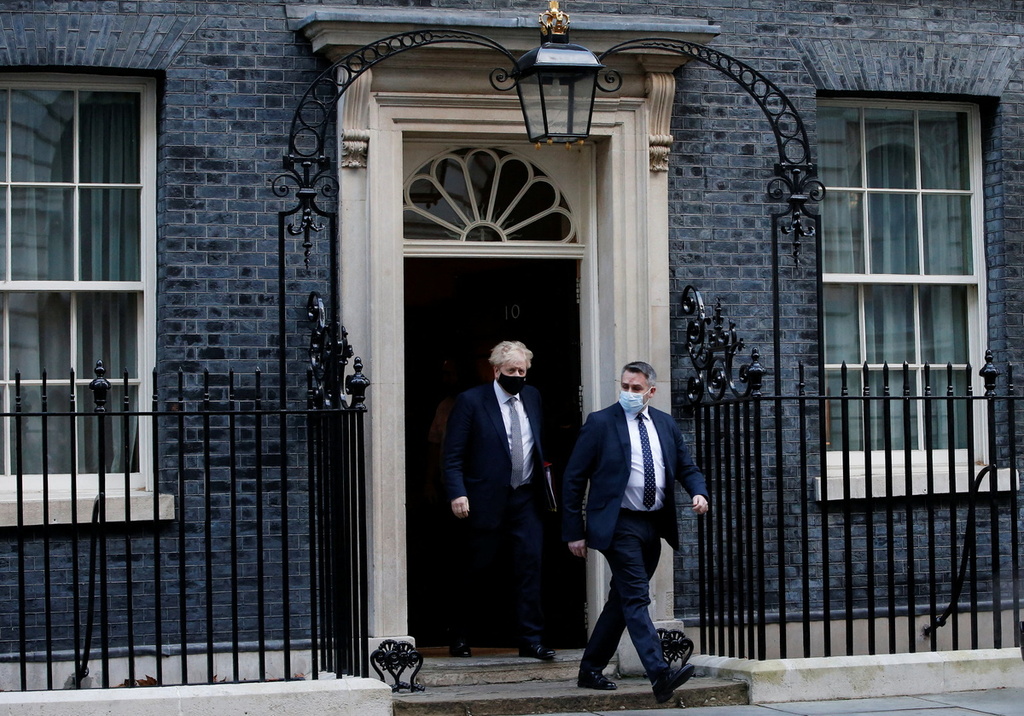 British Prime Minister Boris Johnson apologised to parliament on Wednesday for a "bring your own booze" gathering that was held at his official Downing Street residence during the first coronavirus lockdown.

Below are excerpts from Johnson's comments to the House of Commons:

"Mr. Speaker, I want to apologise. I know that millions of people across this country have made extraordinary sacrifices over the last 18 months. I know the anguish that they have been through, unable to mourn their relatives, unable to live their lives as they want, or to do the things they love.

"And I know the rage they feel with me, and with the government I lead, when they think that in Downing Street itself the rules are not being properly followed by the people who make them. And though I cannot anticipate the conclusions of the current inquiry, I have learned enough to know that there were things we simply did not get right. And I must take responsibility.

"Number 10 is a big department with the garden as an extension of the office, which has been in constant use because of the role of fresh air in stopping the virus. And when I went into that garden just after 6 the 20th of May 2020 to thank groups of staff before going back into my office 25 minutes later, to continue working, I believed implicitly that this was a work event.

"With hindsight, I should have sent everyone back inside. I should have found some other way to thank them. And I should have recognised that, even if it could be said technically to fall within the guidance, there will be millions of people who simply would not see it that way."

Replying to Labour opposition leader Keir Starmer who asked if he would resign, Johnson said:

"I thought it was a work event and ...I regret very much that we did not do things differently that evening, Mr Speaker, as I said, and I take responsibility and I apologise, Mr Speaker, but as for as for his political point, I don't think that he should preempt the outcome of the inquiry."