London (AFP) - The UK is overselling its free trade deal struck with Australia in the wake of Brexit, British MPs have concluded in a report published Wednesday.

The cross-party International Trade Committee has warned the government of Prime Minister Boris Johnson "against overselling the benefits of trade deals" in general after analysing the Australia agreement finalised in December 2021.

Its findings come as International Trade Secretary Anne-Marie Trevelyan was Wednesday to face questions from the committee regarding the deal struck with the former British colony.

"The government must level with the public -- this trade deal will not have the transformative effects ministers would like to claim," committee chair Angus Brendan MacNeil said in a statement.

The accord was the first free trade deal to be signed since Britain's formal departure from the European Union at the start of 2021.

Britain has said the deal is expected to unlock annual bilateral trade worth £10.4 billion (US$12.4 billion).

"As the first wholly new trade deal since Brexit, this agreement sets a precedent for the future," added MacNeil, an MP for the Scottish National Party seeking Scotland's independence from the UK.

"It is vital that the government learns from this experience and negotiates harder next time around to maximise gains and minimise losses for all economic sectors and parts of the UK."

The deal with Australia is seen as low hanging fruit amid more difficult free trade talks with the United States.

Regarding the Australia deal, the committee noted that "lifting almost all tariffs on agricultural imports is a significant change, and potentially sets an important precedent for deals with major food-exporting nations".

But it added that tariff reductions on goods including Australian wines were "unlikely to make a noticeable difference at supermarket checkouts".

MPs also expressed "disappointment that tariff-free Australian food will not be required to meet core UK food production standards, for example regarding pesticide use".

But they welcomed assessment, albeit limited, of the deal's environmental impact and the "inclusion of provisions on forced labour, modern slavery and human trafficking". 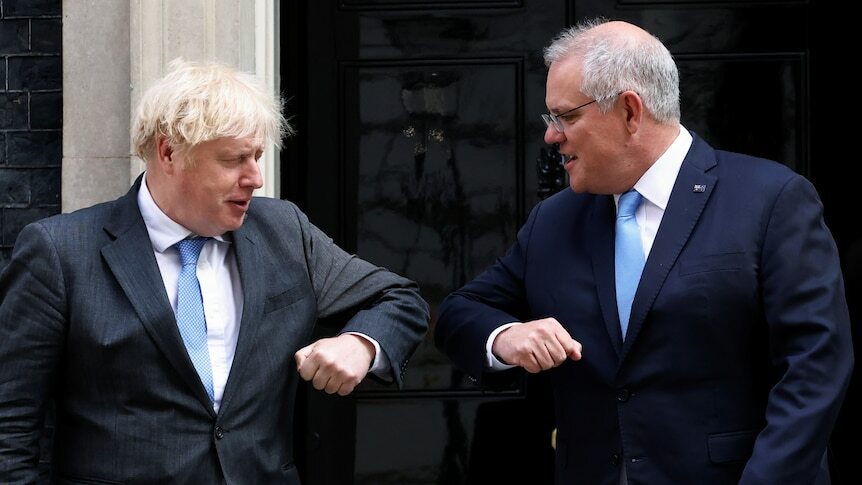 As Boris Johnson fights for his political life, some fear delays in ratifying the UK-NZ trade deal as British farmers…

The Independent UK
One subscription that gives you access to news from hundreds of sites
Who could take over as UK prime minister?