By Jennifer Rankin in Brussels 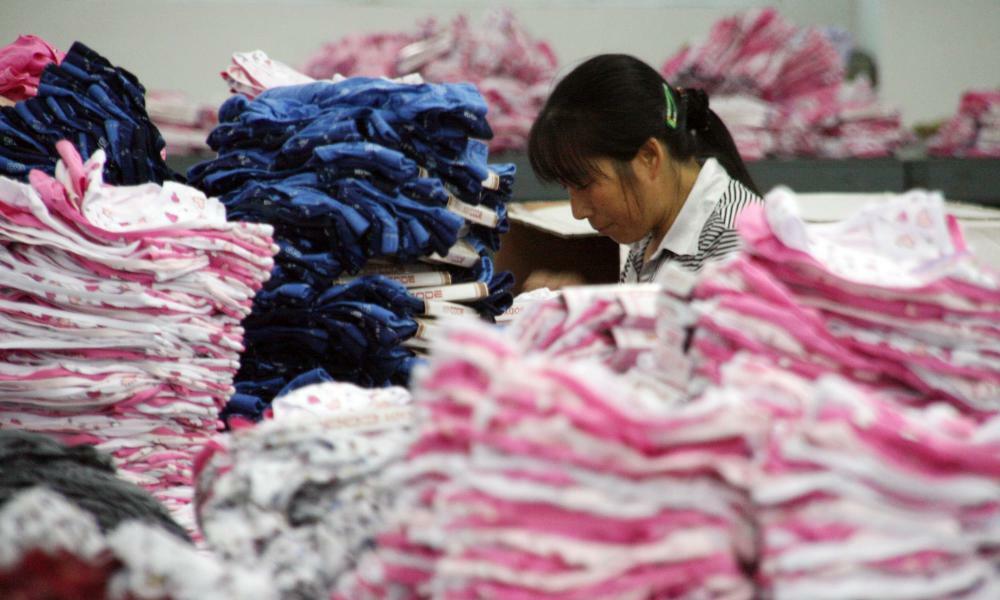 A senior EU lawyer has concluded that the British government was negligent in its failure to tackle customs fraud that allowed criminal gangs to flood European markets with cheap Chinese-made clothes and shoes.

The non-binding opinion from a European court of justice legal expert does not recommend any penalty, but bolsters the position of Brussels authorities who have demanded the UK pay €2bn (£1.71bn) in compensation to the EU budget.

In a 139-page legal opinion published on Thursday, advocate-general Priit Pikamäe largely found in favour of the European Commission; he concluded the UK had “failed to fulfil its obligations” under EU law to collect the correct amount of customs duties and VAT on imported Chinese goods. The Estonian legal expert also said British authorities had not shown “sincere cooperation”, a key tenet of EU law. In particular, he criticised the UK for withholding a legal opinion believed to be the justification for HMRC to cancel 24 demands for payment to suspicious importers.

“The measures adopted by the United Kingdom were manifestly ineffective, in view of the characteristics of the fraud at issue and the knowledge that the United Kingdom authorities were able to have during the infringement period,” Pikamäe wrote.

While the views of advocates-general do not bind ECJ judges, the court often follows their advice.

His opinion is likely to raise tensions between London and Brussels, amid a simmering dispute about renegotiating the Brexit Northern Ireland protocol. Under the Brexit withdrawal agreement, the UK remains subject to ECJ jurisdiction for any breaches of EU law during its membership. The alleged failures by HMRC date from 2011 to 2017.

The European Commission launched the legal action in 2018 after the bloc’s anti-fraud office (Olaf) accused British authorities of failing to combat customs fraud that had allowed criminal gangs to evade EU customs duties, by making fake claims about clothes and shoes imported from China. Olaf said British authorities had been repeatedly warned about fraud and recommended a €1.98bn fine.

According to fraud investigators, in 2016 more than 50% of all textiles and footwear imported into the UK from China were below “the lowest acceptable prices”, a calculation based on production costs.

The case emerged after a 2005 decision championed by then EU trade commissioner Peter Mandelson to abolish quotas on textiles and clothing from all World Trade Organization countries, including China. In following years, EU fraud officials became concerned that importers were using fake invoices that undervalued clothes and shoes made in China. Raising the alarm in 2014, the EU’s anti-fraud office launched Operation Snake to check import declarations. This included a method to calculate undervalued goods.

British customs officials declined to use the EU method, arguing it was counterproductive and disproportionate. In court, the UK defence team said customs officers had done everything required to combat fraud, arguing that EU law did not mandate any method to calculate undervalued goods. The government was supported by six member states: Belgium, Estonia, Greece, Latvia, Portugal and Slovakia.

The advocate-general rejected their arguments and recommended that the UK and six supporting countries pay their own costs. He also wants the UK to pay four-fifths of the European Commission’s legal bill.

Other member states, notably France, have accused the UK of failing to help tackle fraud. The case touches all EU member states, as 80% of customs duties collected at the EU’s external borders go to the common budget.

A HMRC spokesperson said it was considering the opinion, noting that the court may arrive at a different judgement. “The UK has always denied liability in the case. But even if the CJEU were to find the UK in breach of EU law, we consider that the Commission has greatly overstated the size and severity of the alleged fraud. We take customs fraud very seriously and continue to evolve our response as new threats emerge.”

The ECJ judgement is expected in early to mid 2022.