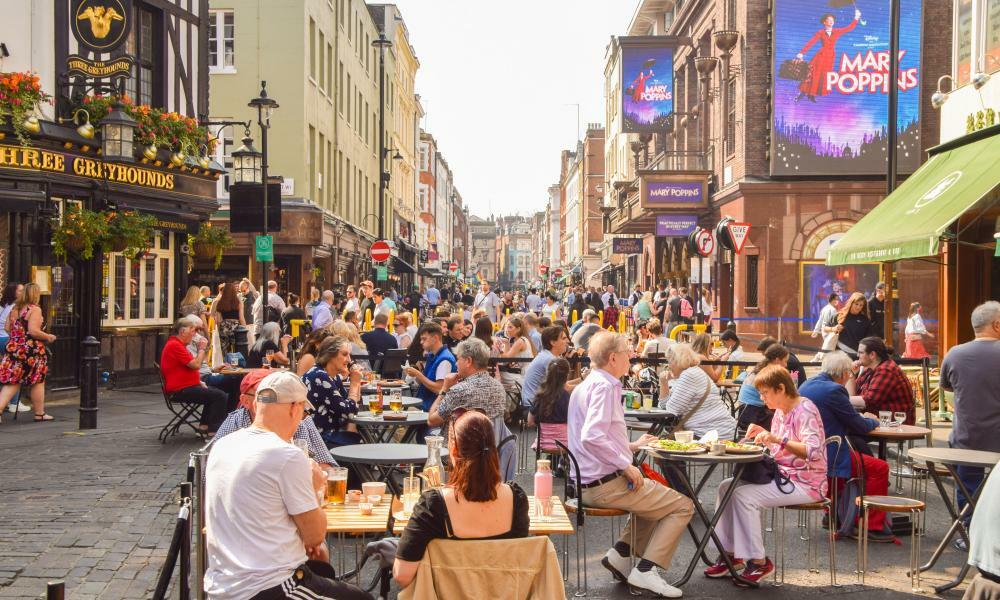 Britain’s economic recovery from the winter lockdown almost stalled in July despite the removal of most pandemic restrictions, amid a fall in retail sales and the impact of “pingdemic” shortages in the workforce.

The Office for National Statistics said gross domestic product (GDP) grew by just 0.1% in July from a month earlier, as the government’s end to most restrictions in England failed to offset the fallout from the coronavirus Delta variant. GDP was lower than the 0.6% growth forecast by City economists, and a sharp slowdown compared with June when the economy grew by 1%.

Service sector activity, which accounts for 80% of the economy, recorded no growth overall on the month, with the return of music festivals and sport offset by a sharp drop in high street spending and a decline in the legal sector linked to the end of the stamp duty holiday.

Rising costs and shortages of raw materials triggered a fall in construction, while manufacturing remained broadly flat as firms struggled to fill staff vacancies in July amid a lack of suitable applicants and a reduced number of EU workers.

The figures came as business leaders sounded the alarm over the economic recovery as a shortage of workers and materials fuels the worst supply chain meltdown since the 1970s, threatening to delay the UK’s economic recovery from Covid-19.

Bridget Phillipson, the shadow chief secretary to the Treasury, said the government’s complacency was holding the country back. “The concerning figures today show that just as the UK economy ought to be getting back to normal, disruption to supply chains and other shortages mean our recovery is hitting the brakes,” she said.

“The government has no plan, other than to plough ahead with a tax on jobs as well as a devastating cut to universal credit, taking money out of our high streets just when it is needed most.”

According to the latest snapshot, the UK economy remains 2.1% below its pre-pandemic level. Overall, GDP grew by 3.6% in the three months to July 2021 as the easing of lockdown enabled consumers to return to high street shops and boosted spending in pubs, hotels and restaurants.

There was notably strong growth of 118% in air transport in July as the easing of travel restrictions enabled more consumers to take foreign holidays. However, the sharp rise was from a low base, while output in the sector remains 77% below pre-Covid levels.

The main contributor to growth came from the reopening of an oilfield after a planned maintenance period, helping to boost output in the production sector of the economy – which includes manufacturing, energy supply, mining and quarrying – by 1.2% in July.

Economists said some of the weakness in consumer-facing sectors of the economy came after a stronger month in June, when England’s progress towards the Euro 2020 football final helped to boost retail sales. Wet weather in July also dragged down activity.

However, analysts warned that persistently high Covid-19 infection rates caused by the Delta variant, as well as supply shortages and rising costs for businesses, could push back the return of the UK economy to pre-pandemic levels by several months until early next year.

Paul Dales, the chief UK economist at the consultancy Capital Economics, said there was a “whiff of stagflation in the air” as growth falters but the price of goods and services continues to climb. “It’s becoming clearer that product and labour shortages are also acting as a brake on the recovery,” he said.

Rishi Sunak, the chancellor, said he was confident Britain’s economy would continue to recover from the pandemic. “Our recovery is well under way thanks to the success of the vaccination rollout and the roadmap, with more employees on payrolls that at any point since last March,” he said.