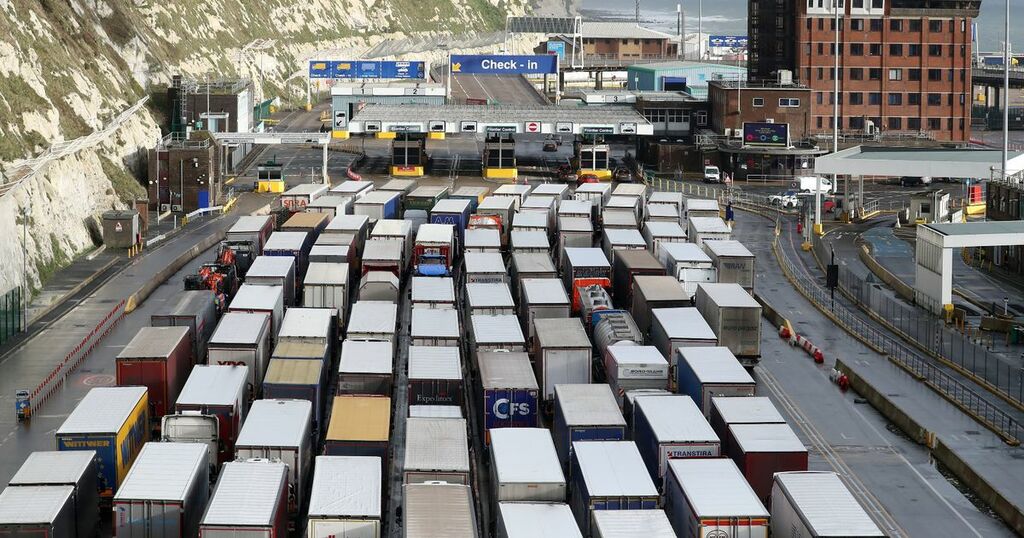 The UK today delayed post-Brexit border rules for EU food imports for NINE months after warnings they could lead to chaos.

Red tape for EU goods crossing the Channel to Britain was due to start in two phases on October 1 and January 1 after already being delayed once.

But several key measures will now only start on July 1 next year, after Covid and Brexit fuelled a crisis in the haulage industry and empty shelves in supermarkets.

EU food imports to the UK will now only need to have export health certificates from July 1, 2022, instead of October 1 this year under previous plans.

Physical checks on food and animal 'SPS' products at border control posts, which were due from January 1, will now begin on July 1.

Safety and security declarations on imports will be enjoy the same six-month delay to July, and pre-notification of agri-food imports will be delayed by three months from October 1 to January 1.

However, full customs declarations and controls will still be introduced from January 1 as currently planned.

Boris Johnson ’s post-Brexit minister Lord Frost said: "We want businesses to focus on their recovery from the pandemic rather than have to deal with new requirements at the border, which is why we’ve set out a pragmatic new timetable for introducing full border controls.

"Businesses will now have more time to prepare for these controls which will be phased in throughout 2022."

The EU imposed full border controls on imports from the UK on 1 January 2021, the moment Brexit happened.

Ian Wright, outgoing chief executive of the Food and Drink Federation, last week warned Christmas could be “cancelled for the second year running” if the UK’s border measures were delayed.

Asked if Christmas will be cancelled, Mr Wright told an event hosted by the Institute for Government: "No, but it’s going to be different.”

He largely blamed Covid for a radical change in the haulage industry, saying Britain is "now in for permanent shortages" of popular food and drink items on the shelves.

He said: “These shortages don’t mean you’re going to run out of food.

What do you think of this story? Join the debate in our comments section below

"But they do mean, as last week, the whole of the east of England was basically unsupplied with bottled water because it was just not possible for the businesses that move that stuff around to supply that stuff and everything else."

Mr Wright said today: “Many food and drink manufacturers will be dismayed by the lateness of this substantial change.

“Businesses have invested very significant time and money in preparing for the new import regime on 1 October 2021.

“Now, with just 17 days to go, the rug has been pulled. This move penalises those who followed Government advice and rewards those who ignored it.

“As recently as yesterday, officials assured us that import checks would be implemented as planned.”

Despite Covid being singled out as a major cause, experts have also blamed Brexit red tape and immigration rules - which bar ‘unskilled’ EU lorry drivers finding jobs in the UK - for the disruption.

After Nando's ran out of chicken, British Poultry Council chief Richard Griffiths said: “The situation we’re seeing I think is a result of the Brexit issues.”

William Bain of the British Chambers of Commerce blamed Brexit as one factor, saying some British firms have "given up" or paused sending goods to the EU due to post-Brexit checks.