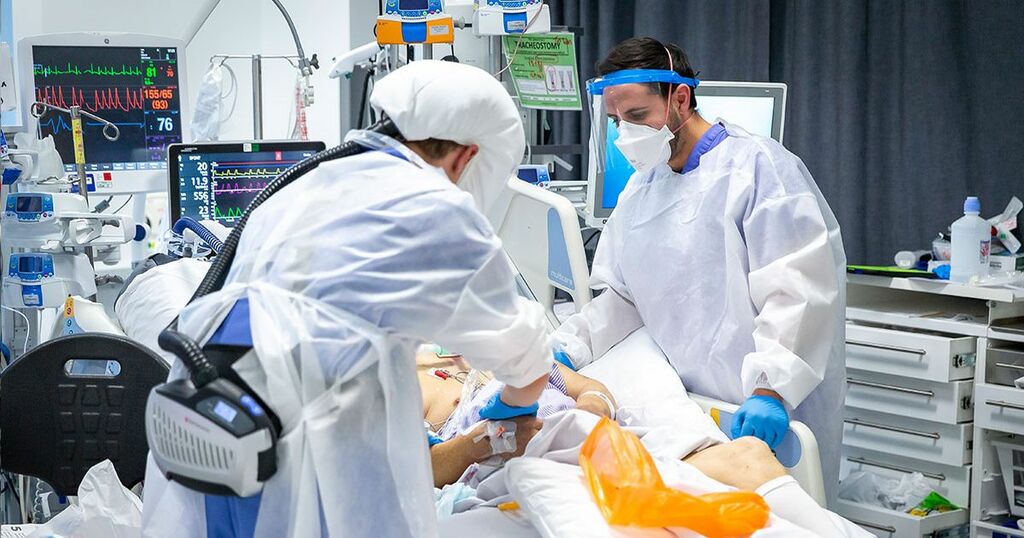 UK Covid deaths have risen by 167 as cases surge by 15% amid fears of an Autumn spike in infections.

The figures compare with 191 fatalities and 38,975 infections reported yesterday, while 178 deaths and 38,154 cases were announced this time last week.

It comes as figures released this week also show more than 150 NHS trusts in England have seen a rise in Covid patients in hospital since Freedom Day, as the government reportedly weighs up a fresh lockdown.

Analysis by The Mirror reveals that since July 19, when coronavirus restrictions were lifted, 154 trusts recorded an increase in the number of beds taken by people with the virus.

Hospitals in Birmingham, Liverpool, Manchester, Nottingham, London and Leicester are among those to have seen the sharpest rises.

Whitehall chiefs are said to be getting alarmed about a rising tide of hospitalisations, with a "firebreak" lockdown next month said to be under consideration, with half term to be extended for schoolchildren.

On the day social distancing rules were scrapped, there were 3,813 people in hospital in England, a figure which had risen to 6,375 by 8am yesterday - a 67 per cent increase.

Daily figures released by NHS England show all regions of the country have seen the number of patients in hospital go up, with London, the Midlands and North East and Yorkshire worst hit.

With rising case numbers has also come the emergence of different variants of coronavirus and concerns of whether the vaccines available can combat them.

With rising case numbers has also come the emergence of different variants of coronavirus and concerns of whether the vaccines available can combat them.

Variants are being investigated and tracked as people test positive for them and figures are published on the Government's website which show the amount of new cases of the variants since the last update, and the total so far.