UK as a leader in animal welfare? Well, some animals are more equal than others 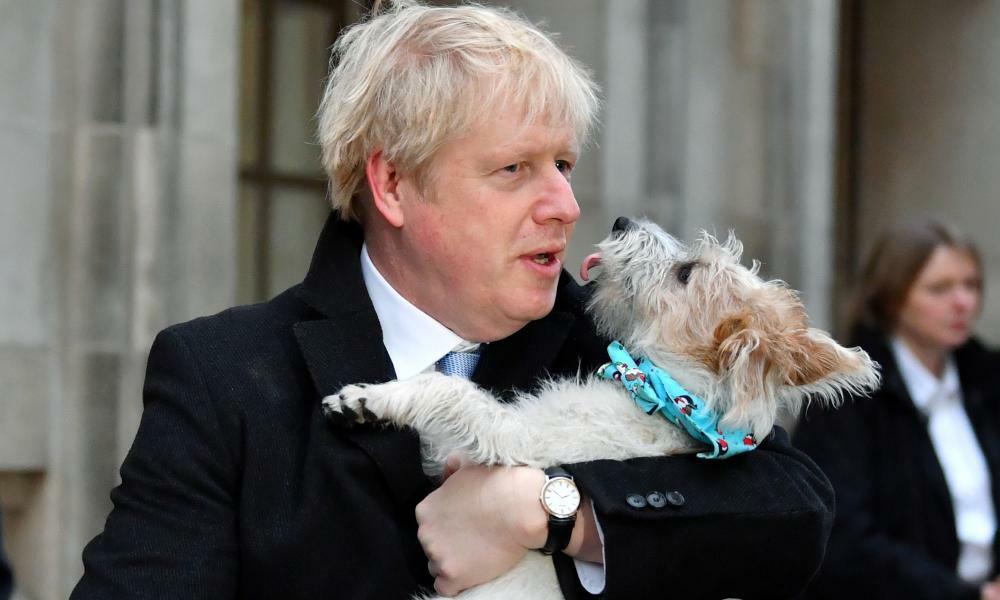 With a zillion images of themselves to choose from, many taken by a reverent state photographer, Boris and Carrie Johnson used a picture of their dog, Dilyn, for their recent Christmas card.

If unlikely to appeal to the current pope, the pet is, they presumably concluded, more generally inoffensive, ostensibly uninvolved in the family’s tireless requisitioning of free luxury goods and, on a more positive note, a pointed reminder of the household’s remaining claim to virtue. Or if that’s putting it too strongly: to their formal recognition as sentient beings.

For say what you like about his indifference to human welfare, not excluding that of close family members, the PM has, by his standards, worked tirelessly for lobsters. Better still, his wife, who’s employed by the Aspinall Foundation, a zookeeper so upmarket that it disdains zookeeping, is routinely described as an “animal rights campaigner”. There is talk of a Carrie wildlife show on Netflix. True, lizards, adders, insects and many other less immediately captivating creatures have yet to see the benefit of having, in Downing Street, these natural successors to Armand and Michaela Denis or the Born Free couple – but have we mentioned Dilyn, the famous rescue dog?

Since the start of this administration, animals – occasionally held aloft for the purpose – have been the couple’s way of signalling that they are not, after all, shits. Johnson may have failed, for instance, to free Nazanin Zaghari-Ratcliffe, having idly blighted her hopes of liberation, but consider his work for badgers, following his girlfriend’s (as she then was) well-publicised intervention.

In 2019 the future Mrs Johnson, after a briefing from Dominic Dyer, then CEO of the Badger Trust, got Johnson, not formerly known for any interest in animals beyond dressing up and killing them, to stop an imminent badger cull in Derbyshire. A judicial review, brought by the National Farmers’ Union, was later dismissed. Carrie Symonds went on to condemn trophy hunting, elephant rides and the fur trade and became Peta’s UK 2020 person of the year. “Symonds is a true ally to animals and her activism gets results,” Peta said, citing her condemnation of monkey labour.

As for her husband, his government later produced an Action Plan for Animal Welfare, a characteristically boastful document in which George Eustice, the environment secretary, explained why, even as it discards EU regulation, the UK will lead the world in animal welfare. “The way we treat animals reflects our values and the kind of people we are,” he wrote. “We will continue to raise the bar and we intend to take the rest of the world with us.”

A lesson in international bar-raising occurred sooner than anyone could have expected when, during the chaotic Kabul evacuation, the Johnsons intervened to save some of the dogs and cats collected by Pen Farthing’s charity, Nowzad. Farthing’s ally, Dominic Dyer, told the BBC he had again “reached out” to Symonds, and “forced the prime minister’s arm”. So it seems reasonable to ignore Downing Street’s denials, especially given the whistleblower Raphael Marshall’s evidence to the foreign affairs select committee. There was an “instruction from the Prime Minister” to evacuate Farthing’s dogs, zero policy justification for this and it came at a sickening cost. “There was a direct trade-off,” Marshall writes, “between transporting Nowzad’s animals and evacuating British nationals and Afghan evacuees, including Afghans who had served with British soldiers.”

To balance this triumph for a UK brand of animal welfare so world-beating that it privileges pets over people, there are indications, however, that the government is not so much anti-speciesist as species selective. Had Farthing chosen to deliver neglected Afghan goats they would probably not, for all their sociability and cleverness, have inspired a Carrie Johnson mercy intervention. The RSPCA has already noted, following Liz Truss’s Australia trade deal (likely to be a template for others), that a government proudly sensitive on pet-smuggling and badger survival will happily surrender livestock standards for trade deals. Unless some new intervention is imminent, Dilyn’s owners, recently willing to trade interpreters’ lives for Farthing’s cats, have no problem with imported beef from cattle raised on “enormous bare feed-lots” and subjected to transport times of 48 hours and lamb from animals mutilated without anaesthetic.

As applied to killing animals for fun, Johnson’s eclectic welfare principles could lead to yet more confusion in countries unfamiliar with the UK tradition of class-based animal protections. What, for instance, makes a UK badger’s welfare more worthy of consideration than a UK crow’s? The bird is famously brainy, capable of social learning, of reasoning and of using tools – quite likely more effective in that respect than Johnson, for all his opposable thumbs.

Nest sanitation is, in contrast to the prime ministerial “tip”, a given. Their rank in Tory animal taxonomy dictates, however, that crows are among several wild creatures that can now, following an updating of the law, be more easily killed in order to protect game birds, which vastly outnumber all native British birds and are the cause of extensive ecological damage. Jackdaws, pigeons and rooks can be likewise sacrificed for a higher purpose: the subsequent slaughter of the protected game birds, by landowners, in still greater numbers. The RSPB said the revised regulations could be a “massive backward step for nature conservation”.

Again, it’s not too late for another intervention by Mrs Johnson. Even if crows and pigs lack the superficial appeal of dolphins, monkeys and Dilyn the rescue dog, she might yet decide that some registered aversion to killing game birds for amusement, and to mistreating livestock for profit, is a minimum requirement for her career in animal welfare. Though admittedly no law says professional animal lovers must love all animals. The late Steve Irwin was killed harassing a stingray. And they’re still seeking a successor to Joe Exotic.

• Catherine Bennett is an Observer columnist