UK announces new defence partnership with US and Australia 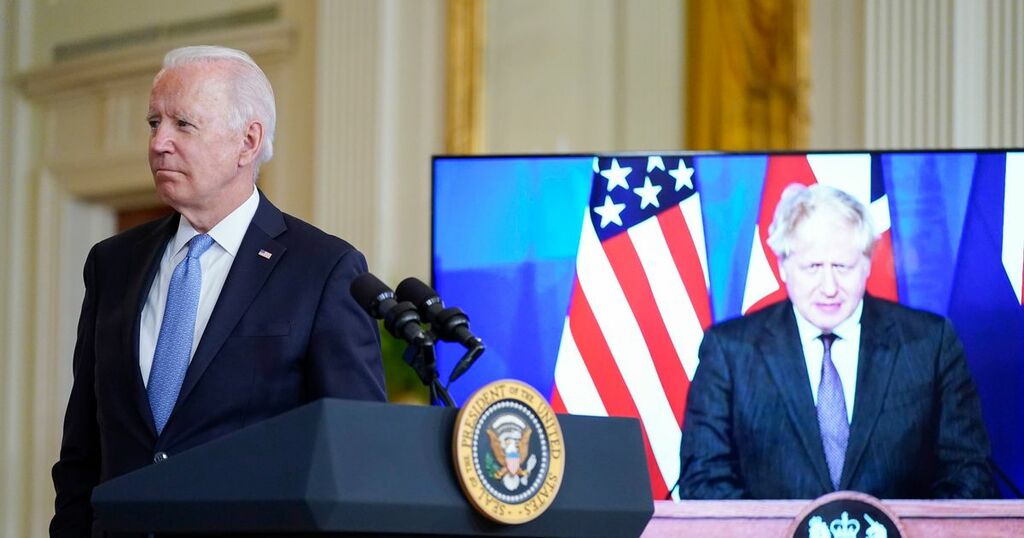 The UK has announced a new defence partnership with the US and Australia.

In a live broadcast announcement at Downing Street, the Prime Minister said the alliance, known by its acronym Aukus, would make the world safer and generate jobs across the UK.

Boris Johnson said: “I’m delighted to join President Biden and Prime Minister Morrison to announce that the United Kingdom, Australia and the United States are creating a new trilateral defence partnership, known as Aukus, with the aim of working hand-in-glove to preserve security and stability in the Indo-Pacific.

“We are opening a new chapter in our friendship and the first task of this partnership will be to help Australia acquire a fleet of nuclear-powered submarines, emphasising of course that the submarines in question will be powered by nuclear reactors, not armed with nuclear weapons, and our work will be fully in line with our non-proliferation obligations.”

Mr Johnson added: “Perhaps most significantly, the UK, Australia and the US will be joined even more closely together, reflecting the measure of trust between us, the depth of our friendship, and the enduring strength of our shared values of freedom and democracy.

“Now the UK will embark on this project alongside our allies, making the world safer and generating jobs across the United Kingdom.”

Downing Street said the Aukus alliance will “enhance the development of joint capabilities and technology sharing” to ensuring people in the three nations are “kept safe from harm and reinforcing our shared goals”.

“Aukus will foster deeper integration of security and defence-related science, technology, industrial bases and supply chains,” No 10 said in a statement.

It continued: “Aukus is a concrete articulation of the UK’s ambition, made in the integrated review, to deepen defence, security and foreign policy ties with like-minded allies across the globe.

“The agreement reflects the unique level of trust and cooperation between our three countries, who already share extensive intelligence through the Five Eyes alliance.

“The first initiative under Aukus will be a collaboration on future nuclear-powered submarines for the Royal Australian Navy. This capability will promote stability in the Indo-Pacific and will be deployed in support of our shared values and interests.

“The initial scoping phase for the new endeavour is expected to take 18 months. The design and build process will create hundreds of highly skilled scientific and engineering roles across the UK, and drive investment in some of our most high-tech sectors.”