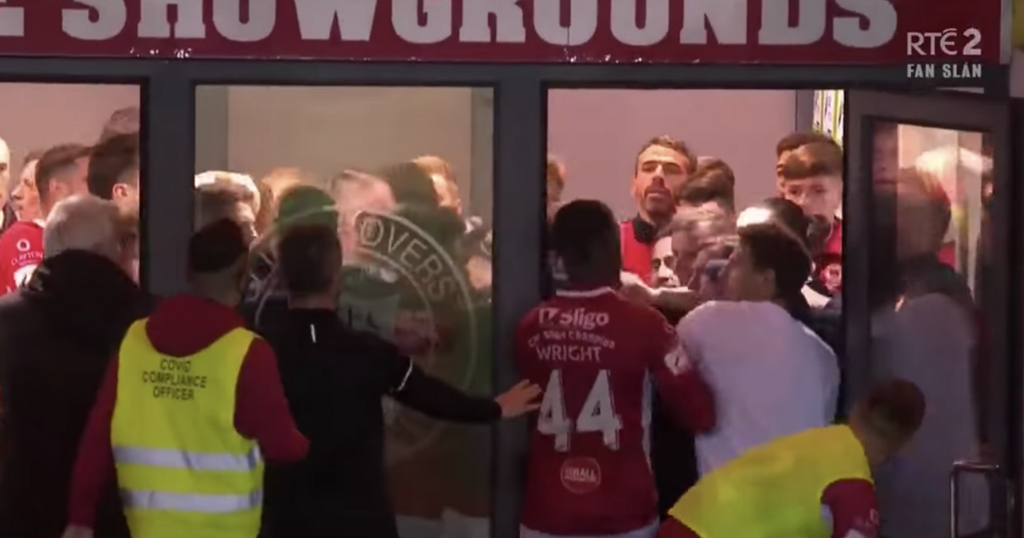 There were ugly scenes as Sligo Rovers and St Pat's players clashed in the tunnel after their game at the Showgrounds on Friday night.

Liam Buckley's side took all three points from the match, with first-half goals from Johnny Kenny and Ryan De Vries enough to hold off the title chasing Saints.

But it was what happened after the full time whistle that took the headlines as cameras caught a scuffle, involving several players from both sides as well as members of the clubs' backroom teams.

It's unclear what caused the melee, which lasted over 20 seconds as players and officials scrambled to keep the peace inside the tunnel as the players returned to their dressing rooms.

With RTE broadcasting the match live, the cameras were quick to pick up on the clash between the top European contenders.

The Bit O'Red are in third place, and would find themselves two points behind the Saints should they capitalise on those games in hand.