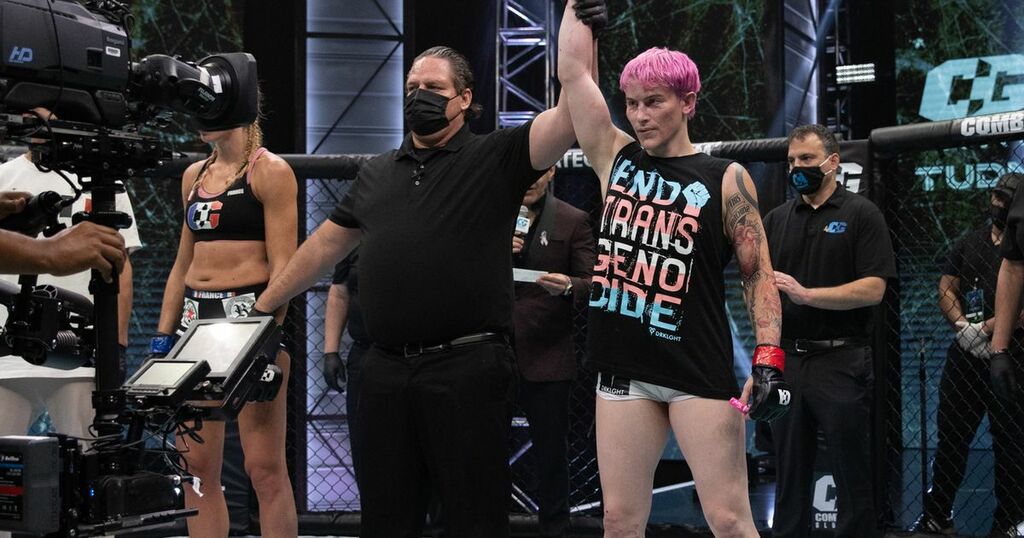 Sean O'Malley has hit out at transgender fighter Alana McLaughlin after her victory on her professional MMA debut.

McLaughlin defeated Celine Provost by choking her out in the second round, and became the first openly-transgender MMA athlete to compete in the US since 2014.

The American fighter was only the second athlete to compete in the sport as transgender after Fallon Fox, and has received some harsh criticism from fans who have questioned whether she has an 'unfair advantage'.

And now UFC bantamweight O'Malley has questioned McLaughlin's involvement in the sport claiming it is "not okay" for her to compete.

"And look at that, you could tell that's a dude. A jacked girl. I mean, look at those arms."

O'Malley has joined a number of people in the sport who have questioned McLaughlin's participation in the women's fighting ranks.

UFC middleweight Sean Strickland has also told McLaughlin to "get out" of the sport, in a heated rant on the topic.

“Change your name, call yourself a woman…but you’re still a f****** man. Get out of women’s MMA coward. This is why the athletic commission is useless,” Strickland posted on Instagram.

“I consider myself a classical feminist. If your religion or government has an unequal standard for women, then I’m not with it, testicles at birth=man”

The criticism has continued in the wake of her victory, in a fight that she was rocked during the first round as her opponent Celine Provost landed some heavy shots in the opening round.

And she has labelled her critics as "transphobes" in a post on Instagram defending her stance after the contest.

“Good morning, friends, supporters and others! I'm getting a lot of variations of the same nasty messages calling me a cheater like I didn't just get beat on for a round and a half," she wrote.

“Y'all need to show [Celine Provost] some respect and take your concern trolling elsewhere. She almost finished me more than once, and on scorecards she definitely won that first round.

“This is the only post I'll make about this. Transphobes are just making my block hand stronger.”

The Florida State Commission sanctioned the bout, after McLaughlin passed her pre-fight medical checks so the contest was able to take place.

And after being former special-forces, McLaughlin previously revealed her plan to have a long career in the sport after being labelled a "runt".

“The fact of the matter is I’m at the beginning and 38," she told The Guardian. “I want to go as far as I can, but I really want to help normalise trans people in sports. This [fight] will start my contribution.

“My whole life I was a runt, I was undersized, I was bullied, I was raped, I was beaten, like I did not have an easy time.”