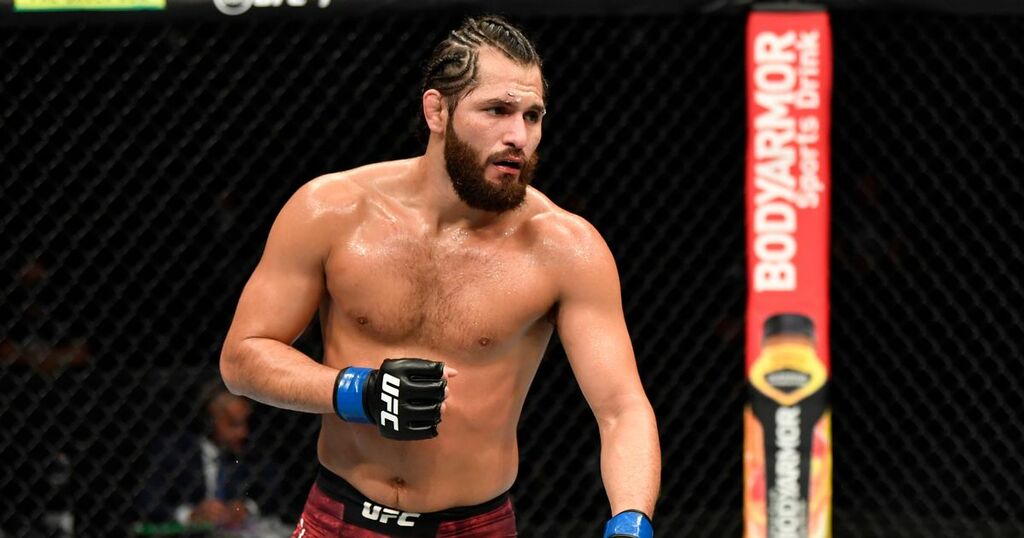 UFC rivals Jorge Masvidal and Leon Edwards will finally get the chance to end their rivalry, as they are booked to fight at UFC 269 on December 11.

Both Masvidal and Edwards have posted cryptic tweets since the news initially broke, all but confirming their long awaited grudge match.

Reports have claimed that, despite the enormity of the fight, it will take place over just three rounds at 170-pounds.

The two have a rivalry dating back to March 2019 when they were involved in a backstage altercation following their wins at UFC London.

Masvidal was doing a post-fight interview when he appeared to be angered by a comment from Edwards. He then approached Edwards and threw punches at the Brit, causing a cut below his eye.

The top welterweights have been linked to fight ever since, but plans seemed scuppered last month when Edwards revealed he would only fight UFC champ Kamaru Usman next.

He wrote on Twitter : “My next fight will be for the world title. I don’t want to hear nothing about a guy coming off 2 fight skid and got KO’d his last fight."

And Masvidal replied: "If you not gonna fight then keep my name out your p**** a** mouth you clout chasing b*****.

Masvidal was recently linked to a fight with Jake Paul after the internet star published a "hit list" with his name on it.

Paul and Masvidal had previously trained together, but their friendship turned sour when Masvidal backed Tyron Woodley to beat Paul in their boxing fight this past August.

UFC supremo Dana White has played down the prospect of the pair fighting, stating: “Masvidal’s 170 pounds. He [Paul] likes 170-pounders. Go fight somebody your own size.

"Anderson Silva’s not under contract, he’s 46 years old – that’s the age group you love to fight – and he’s your size and he’s actually winning fights."

Who wins between Masvidal and Edwards? Let us know in the comments section below

Masvidal is without a UFC win in almost two years, last winning the celebratory 'BMF' belt against Nate Diaz at UFC 244.

The former backyard brawler has lost consecutive fights to Usman, being outpointed by the champion last year and knocked out in their rematch this past July.

Edwards looked destined for a title shot after defeating Diaz in June, but a near finish from the fan favourite in the last round dented his hopes of fighting Usman.

The Brit is ranked at No.3 in the current UFC welterweight rankings and hasn't lost a fight since being outpointed by Usman in 2015.

No location or venue has yet been announced for the UFC 269 card.