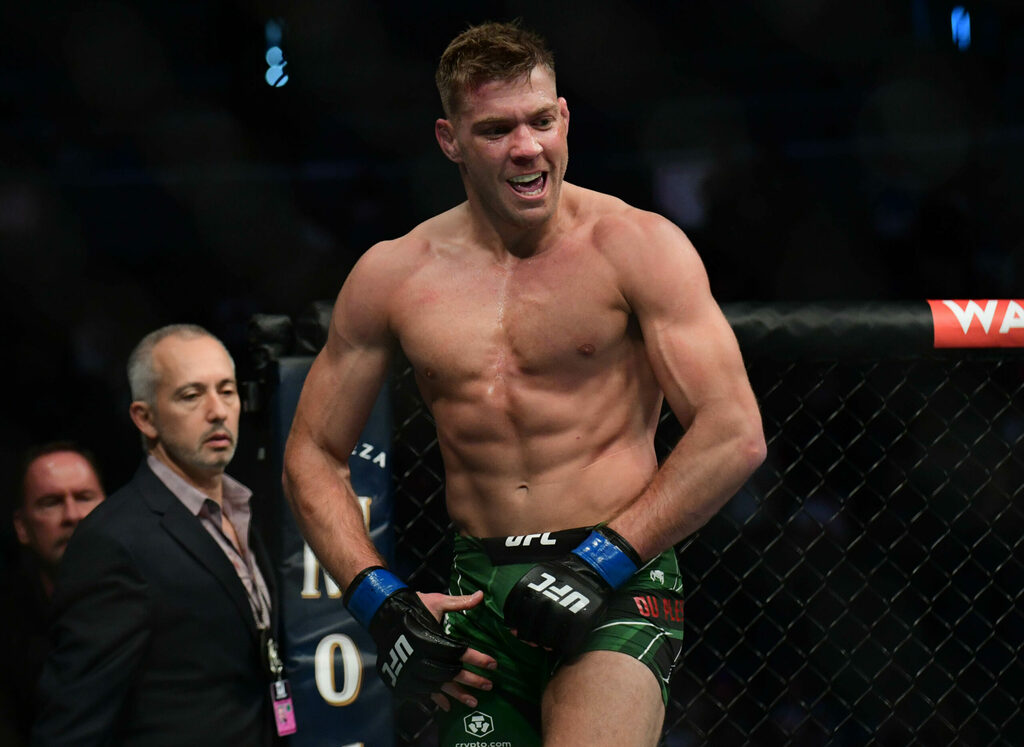 A middleweight bout between Dricus Du Plessis and Andre Muniz is the latest addition to December’s UFC 269 lineup.

MMA Junkie verified agreements are in place for the matchup between Du Plessis (16-2 MMA, 2-0 UFC) and Muniz (21-4 MMA, 3-0 UFC) with a person close to the situation following an initial report from UFC broadcast partner ESPN. The person requested anonymity because the promotion hasn’t made an official announcement.

UFC 269 takes place Dec. 11 but does not have a location or venue announced. The main card airs on pay-per-view following prelims expected on ESPN and ESPN+.

Du Plessis, 27, is shining for his native South Africa thus far in his octagon debut. He’s finished both of his UFC wins by stoppage, with knockouts of Trevin Giles and Markus Perez on his resume that includes 16 finishes in 16 wins.

Muniz, 31, meanwhile, will look to make it four consecutive wins to begin his octagon tenure. The Brazilian is coming off his most notable performance to date, as he submitted former Strikeforce champion Ronaldo Souza in gruesome fashion at UFC 262 in May. Muniz has 14 first-round wins on his record.