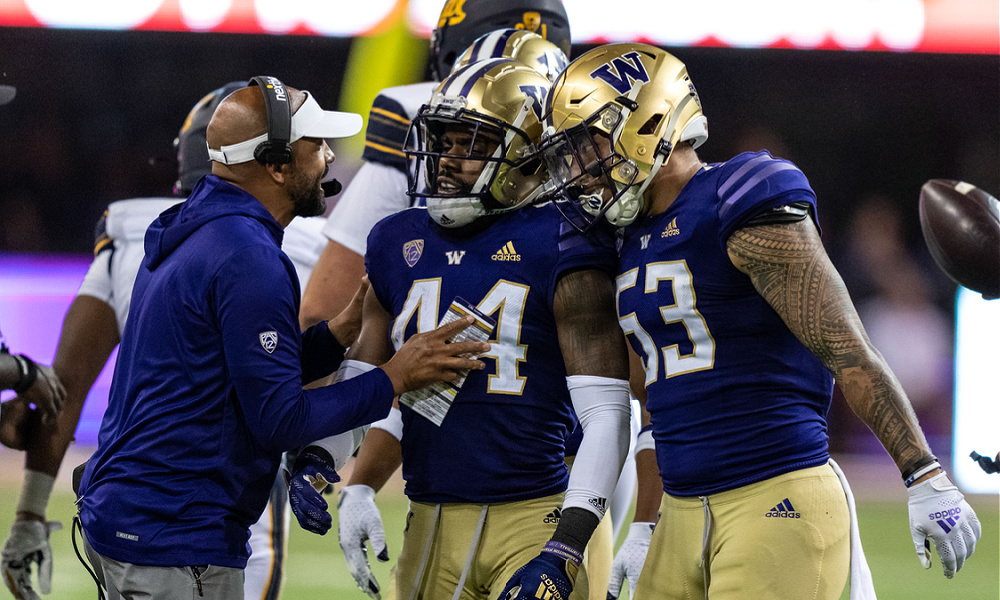 UCLA vs Washington How To Watch

Why UCLA Will Win

It’s got enough talent to be a whole lot better than 2-3, but it can’t get the running game consistently going, the passing attack didn’t do anything against Oregon State, and the defense hasn’t been able to make up for the problems on the other side.

This is when UCLA needs to crank up the running game.

The Bruins couldn’t run against Fresno State, but they’ve hit 200 yards on the ground against everyone else. They’re 4-0 when running for over 200 and 0-2 when getting to 200 or under. Washington’s run D really is good, but Michigan was able to tear off 343 yards and Oregon State came up wit 242.

The Bruins should be a little more balanced than the Wolverines and Beavers were, but the ground attack should work.

Why Washington Will Win

Washington has a good enough secondary to potentially make the Bruins one-dimensional.

UCLA’s perfect world is to get to 200 yards both rushing and passing as it keeps the Dawg defense on its heels. For all of the problems, though, Washington has helped three of the last four teams – including Michigan and Oregon State – to under 50% completion rate. It gave up two touchdown passes to Cal’s Chase Garbers, and that’s it – the secondary locked down against everyone else and has four picks in the last three games.

To keep on this, Washington really is better than it has shown so far. The offense needs to start blasting away a bit to control the game and the clock a bit better, and if it can get up early and make the Bruins throw, again, that goes to the team’s strength.

Is this when Washington makes the pivot and gets its season going?

It’s had two weeks off to rest up after the tough loss to Oregon State, and UCLA has to go on the road for the third time in four weeks. At home, it’ll put up enough of a fight on both sides of the ball to keep this close late, but it’ll have to hold on for dear life as the UCLA offense has a few late chances to pull the game out of the fire.

The Washington defense will come up with the stops needed to get the win it has to have.

5: Caramel apple anything
1: Pumpkin spice anything