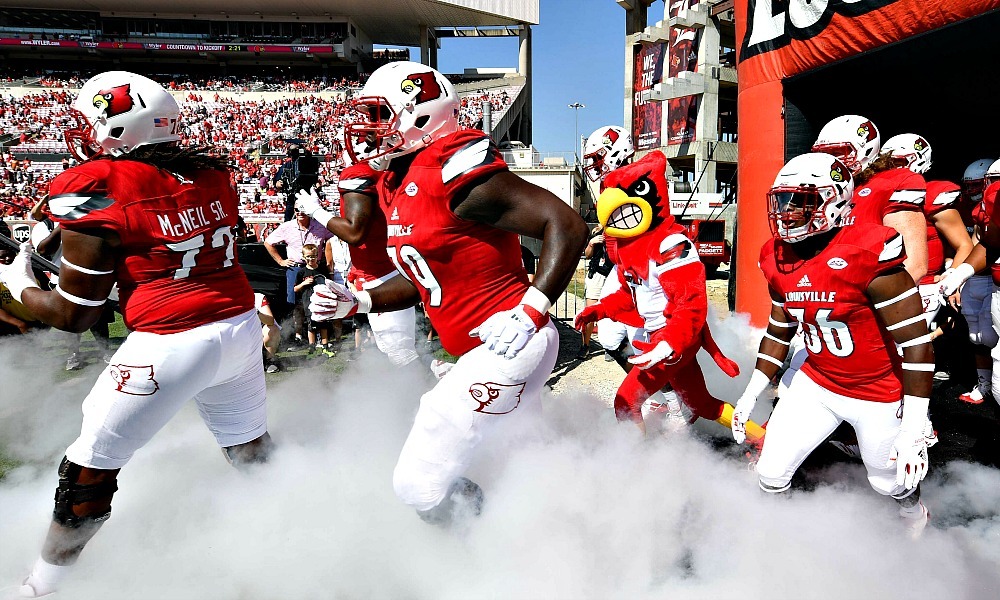 Why UCF Will Win

There were hardly any issues in the 30-3 win over Eastern Kentucky after losing to Ole Miss, but the third down conversions aren’t there. Combine the problems keeping drives going with the inability of the defensive front to get into the backfield, and there’s going to be a problem against a team with UCF’s firepower.

The Knights have been brilliant so far on third downs – converting 57% of the time in their first two games – with the passing offense clicking.

The O is currently second in the nation in total yards per game, the run defense hasn’t allowed much, and the Louisville running game hasn’t taken over so far.

Why Louisville Will Win

For all of Louisville’s issues, it’s been great at controlling the clock. It helps to have a game against an Ole Miss O that goes 95 miles per hour, but the Cardinals are holding on to the ball for close to 34 minutes per game.

UCF has been great at ball control, too, but it needs to be able to handle an offense that’s going to be balanced and it’s going to do what it can to get QB Malik Cunningham and RB Jalen Mitchell on the move.

The UCF secondary will give up a whole lot of yards, and while Cunningham is at his most dangerous when he’s running, he’ll stretch the field with the midrange passing attack.

It’ll be a fun offensive show with the UCF O balanced enough to keep the Cardinals on their heels all game long. There will be plenty of mood and momentum swings, and Louisville will take over for a stretch, but Dillon Gabriel and the Knight passing game will take over in the second half.

This is when the college football world starts to really take UCF more seriously under Gus Malzahn.