Washington (AFP) - Uber chief Dara Khosrowshahi apologized on Monday after he called the assassination of Saudi journalist Jamal Khashoggi, in which Riyadh admitted responsibility, a "mistake."

"There's no forgiving or forgetting what happened to Jamal Khashoggi &amp; I was wrong to call it a 'mistake,'" Khosrowshahi tweeted Monday morning as he walked back his remarks Sunday in an interview with Axios.

"I said something in the moment I don't believe.Our investors have long known my views here &amp; I'm sorry I wasn’t as clear on Axios."

Khashoggi, a columnist for The Washington Post, was strangled and dismembered at the kingdom's consulate in Istanbul on October 2, 2018, prompting harsh criticism of the country and de facto ruler Crown Prince Mohammed bin Salman.

Saudi Arabia, through its sovereign wealth fund, is the fifth largest shareholder in the ride-hailing company, and the fund's governor, Yasir al-Rumayyan, sits on its Uber's board of directors.

"I think that government said that they made a mistake," he said in the interview Sunday, likening the incident to a fatal crash of a self-driving Uber vehicle that killed a pedestrian in March 2018.

"I think that people make mistakes and that doesn't mean that they can never be forgiven," Khosrowshahi said, after the Axios reporter pressed him on the comparison between an assassination and a traffic accident.

The reporter confirmed that the executive called him shortly after the interview to "express regret for the language he used" about the Khashoggi murder.

The Uber chief's comments caused an uproar in the United States.

Karen Attiah, a Washington Post editor and former colleague of Khashoggi, highlighted "the sick and sad irony" of Uber CEO comparing "the murder of a human being to Uber making a tech glitch."

She said on Twitter that when he first arrived in the United States, Khashoggi did not have a car and used Uber to get around, but she accused the company of valuing Saudi money more than a life and questioned keeping a Saudi official on the board.

"If one of @Uber 's main investors kills someone it doesn't really matter.A representative of a murderous regime can still keep a board seat," she tweeted.

Khosrowshahi downplayed the kingdom's role in Uber, saying "they're just like any other shareholder" investing in a publicly-traded company."And they're a big investor just like you could be a big investor."

Uber's went public in May but the share offering has been a huge disappointment to investors, falling to $27 on Monday compared to the IPO price of $42.And documents filed Friday with showed Uber co-founder and former CEO Travis Kalanick sold 21 percent of his shares for some $547 million. 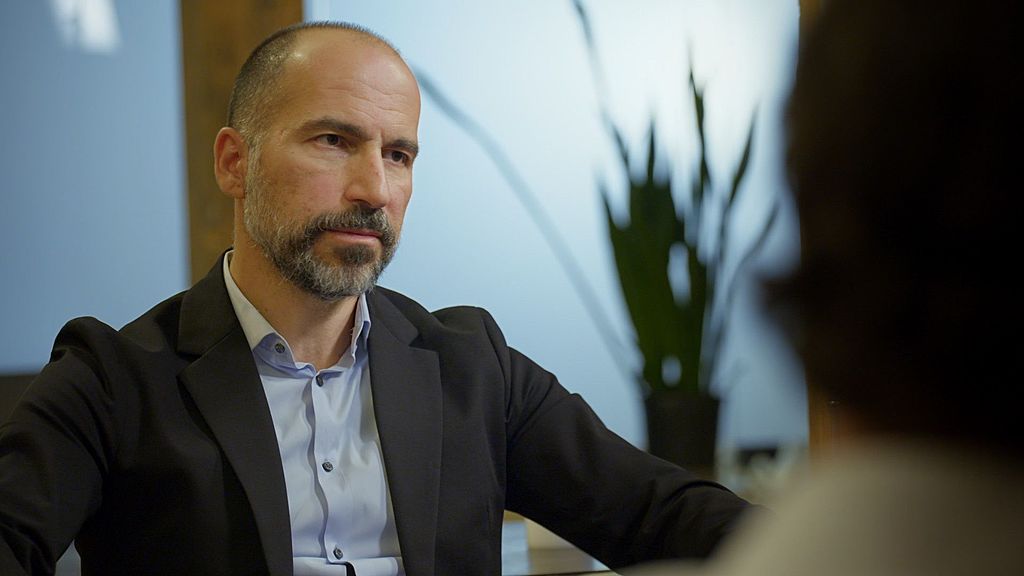 Uber CEO backtracks after calling Saudi murder of Khashoggi "a mistake"
"I said something in the moment that I do not believe."

Axios
One subscription that gives you access to news from hundreds of sites
'People make mistakes': Uber CEO compares Khashoggi murder to driverless car errors
Likening the premeditated murder and dismemberment of a Washington Post columnist to mistakes with self-driving vehicles, the Uber CEO says…

During an interview, Uber CEO Dara Khosrowshahi compared journalist Jamal Khashoggi’s slaying and the government of Saudia Arabia’s role in…