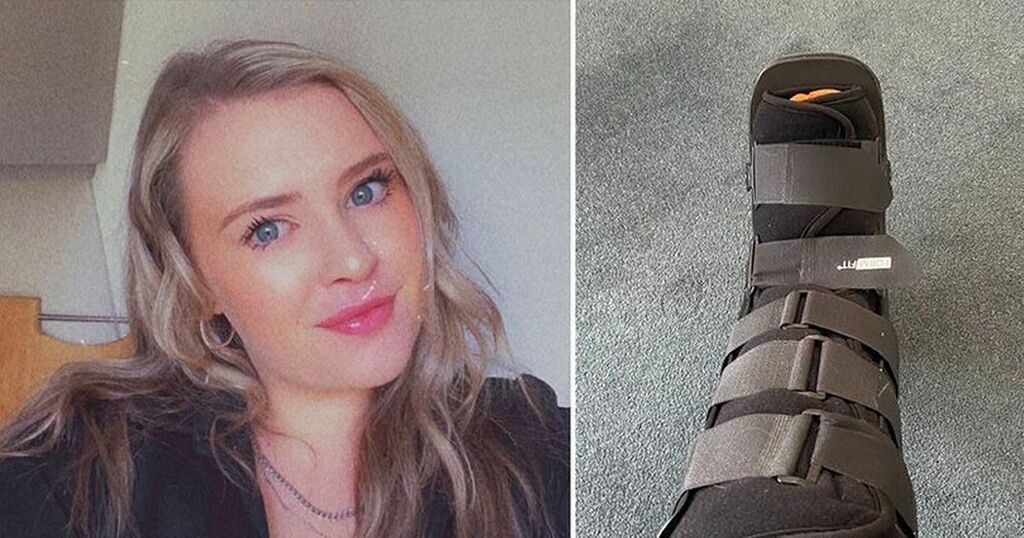 Student left with broken foot after she was 'hit by Uber driver' on night out
Laura Murphy, 22, says the impact of the collision forced her shoe to fly off her foot.

A 51-year-old man, who is known to the victim, was arrested on suspicion of murder

Uber bosses are working with police to identify a driver a student claims left her injured in the street after hitting her with his car. Laura Murphy, 22, says she is 'traumatised' following the incident in Manchester city centre last weekend.

She says the driver 'came out of nowhere' and clipped her and her pal. Laura says the impact forced her shoe to come off.

She later found out she'd broken her foot. Police have confirmed they are investigating the incident, reported to have happened on Level Street in the Northern Quarter on Saturday, May 7. Cops confirmed they are liaising with Uber bosses.

Laura claims the driver - who she says was in car with Uber branding - stopped and handed her shoe back. She claims he said: "Don't get so drunk next time."

Laura claims the man then drove off. She said she'd only had two drinks prior to the incident.

"It was surreal," Laura told the Manchester Evening News . "I'm still shocked, to be honest.

"I know in my heart it wasn't my fault. I'd fully admit if I had been stupid and I'd not looked."

Laura says she was helped home by two friends. She didn't think she was too badly hurt, so didn't call for an ambulance.

The next morning, she went to Wigan Infirmary, where she found out she had a broken foot, as well as cuts and bruises. She said she's had to leave her flat Deansgate flat and move back in with her parents in Bolton due to her injuries - leaving her unable to attend lectures and go out with her friends.

"It enrages me that I've had to change all these things about my day-to-day life - and he's still driving about," she added.

A GMP spokesman said: "I can confirm this has been reported to us and we are investigating. Enquiries with Uber are ongoing to identify the car and driver involved in this."

An Uber spokesperson said: "Our hearts go out to the individual involved and we hope she makes a speedy recovery. Any driver found to have behaved in the manner described faces permanent removal from the app.

"We investigate the details of any reports allegedly involving Uber drivers and we are in contact with the police regarding this incident."

Student left with broken foot after she was 'hit by Uber driver' on night out
Laura Murphy, 22, says the impact of the collision forced her shoe to fly off her foot.

A 51-year-old man, who is known to the victim, was arrested on suspicion of murder