Why it matters: North Korea has conducted at least 16 missile launches so far in 2022, including its first intercontinental ballistic missile test since 2017. U.S. officials have also warned that Pyongyang may be on the verge of resuming nuclear weapons tests.

What they're saying: During a press conference after a meeting with Yoon, Biden said the U.S. and South Korea's economic and military relationship shows “our readiness to take on all threats together," according to AP.

The big picture: White House national security adviser Jake Sullivan warned Wednesday that North Korea may conduct a long-range missile or nuclear weapon test during Biden's visit to South Korea, which is a part of his multi-day trip around Asia. 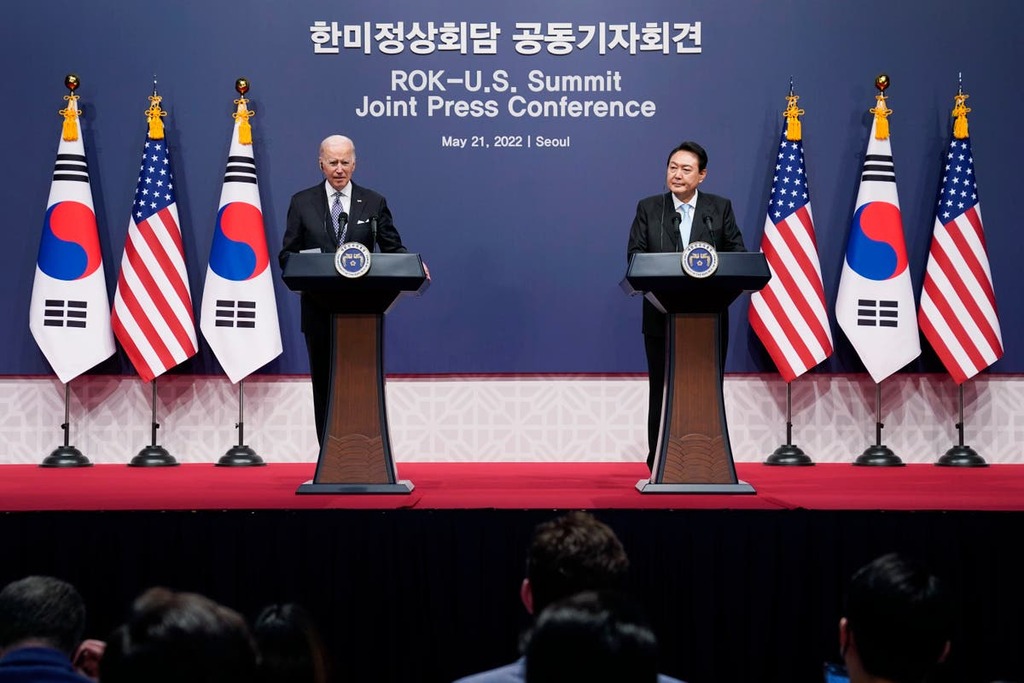 US, South Korea look to expand military exercises to deter nuclear threat from North
Joe Biden landed in Seoul on Friday in his first visit to Asia since assuming office in 2020