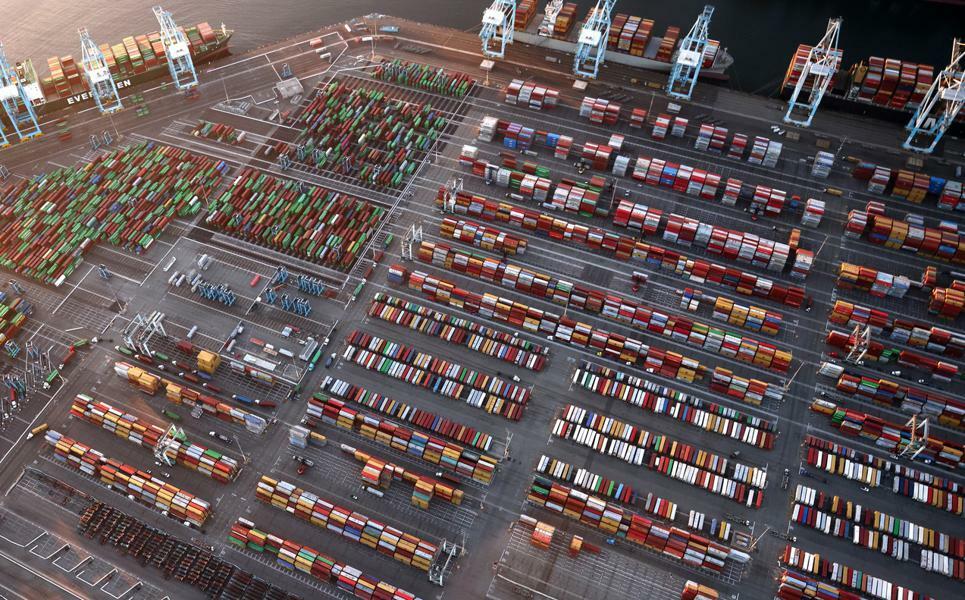 With the critical holiday shopping season rapidly approaching, retailers are scrambling to get products on their shelves due to the ongoing chaos along global supply chains.

According to the National Retail Federation, sales in November and December have averaged about 19 percent of annual revenue. Failure to meet demand may dent profits for the large, big-box stores, but missing the holiday season for a smaller retailer could be catastrophic. As a result, U.S. importers are getting creative, deploying new tactics to keep merchandise moving.

Huge, multi-national retailers have more tools at their disposal. Some have resorted to leasing or chartering their own vessels, recognizing that the supply chain issues will likely last well into 2022 or even in 2023. For example, Target is spending an estimated $1-2 million per month to charter a container ship to bring merchandise from overseas ports to the U.S. This allows them to avoid delays from additional stops and steer clear of particularly backed-up ports. Target is also adding to 30,000 new supply chain roles to ensure the holiday shopping season does not get disrupted.

Target is not alone. Other U.S. retailers with sophisticated and integrated supply chains have announced similar plans. Juggernauts like Home Depot , Costco and Wal-Mart have a competitive advantage: they have their own trucking fleets. Mostly limited to the large, congested ports, smaller firms rely on third-party trucking companies to take containers off-site and then deliver them from a holding area to their final destination. With their proprietary fleet, the Walmart's of the world have flexibility in where they load and unload containers and certainty of capacity.

The Coca-Cola Company is also adapting to the changing landscape. They recently switched 2,800 20-foot equivalents of production material from containerized freight to bulk freight. The switching is “the first of many we hope over the coming months and a prime example of excellent collaboration between our procurement teams, our supply chain partners and our suppliers,” said Alan Smith, Procurement Head at Coke, in a recent LinkedIn post.

While containerized cargo ship costs have gone up 10-fold for some routes, bulk cargo shipping costs have only recently begun to climb. The BCI Baltic Exchange Capesize Index, which tracks the cost of shipping dry bulk materials, has jumped 223% in the last six months. The availability of bulk carriers, though, may not last long: several companies are refitting Capesize bulk vessels to transport containers instead.

Smaller importers have to take a different tack. They can’t beef up staff, charter their own cargo ships or convert vessels. They have to navigate within the existing system that, in some ways, is stacked against them. They are not strategically important to the high-capacity shipping companies and do not have priority in securing space on the cargo ships.

These retailers have a unique set of challenges. Bespoke Post is an example. Bespoke Post is an e-commerce membership service that offers roughly 30 curated “boxes” of unique items at the start of each month, sourcing products from hundreds of new and repeat vendors. The company places dozens of smaller orders every month from multiple overseas locations, including Europe, China, Vietnam and India.

“We are not as important to the carriers as somebody like a Walmart of Target so we are much more likely to get bumped when we are trying to book,” says Steve Szaronos, Co-CEO and Co-Founder of Bespoke Post. They are adapting by placing orders early, diversifying their supply sources, adding domestic suppliers where possible, carrying extra inventory, acquiring backup products and diverting some shipments to less congested east coast ports. Bespoke is also trying to avoid parts of the supply chain that are most vulnerable to delays, citing rail as particularly challenging — one of their containers got stranded in Chicago in July for two months on a rail car.

Flexport, a global freight forwarding company that helps businesses of all sizes move more than $10B in merchandise across 112 countries, has developed a solution to help smaller importers get their products on time. Using their technology and analytics, they helped several e-commerce retailers consolidate goods into single containers and avoid delays. Flexport shifted some traffic to smaller shipping companies rather than relying exclusively on the giant carriers.

For example, they teamed up with Matson, a transportation services and shipping company that operates private terminals. Matson uses smaller ships and has a fully integrated supply chain. Being able to avoid the congested ports in southern California can prevent costly delays. The service is not cheaper that traditional routes, but it is considerably more reliable. Amidst the chaos in the market right now, many retailers are willing to pay a premium certainty of delivery. Heading into the holidays, low or no inventory would be disastrous.

These issues are not going to disappear anytime soon. Work-around efforts are not inexpensive, and the higher costs will eventually get passed on to the consumer. Robert Handfield, Professor of Supply Chain Management in N.C. State’s Poole College of Management, thinks price hikes are inevitable. In a recent interview, referring to the upcoming shopping season, he said, “You’re going to see a surge in demand and a loss of supply. Economics 101 says you are going to get price increases and there is no way companies can absorb that.”

The economic toll of the supply chain disruption is alarming, destroying small companies and leading to higher inflation. It even has environmental consequences, with the recent spill of up to 144,000 gallons of crude out of the pipeline reportedly caused by one of the 70 cargo ships waiting to unload at the Port of Long Beach.

Environmental disasters related to the supply chain mess will likely spur more action from the public sector. Governments around the world are intervening: Thailand’s Ministry of Transport plans to open a national shipping line next year to reduce reliance on foreign ships and promote exports and imports and the Biden Administration issued an executive order in February to ensure “resilient, diverse, and secure supply chains to ensure our economic prosperity and national security.”

Companies of all sizes, and now government authorities, are finding creative solutions to navigate the supply chain chaos. The problems won’t go away overnight, but every innovation is helping. The holiday shopping season will likely be more expensive and unpredictable than prior years, but at least it probably won’t be ruined.