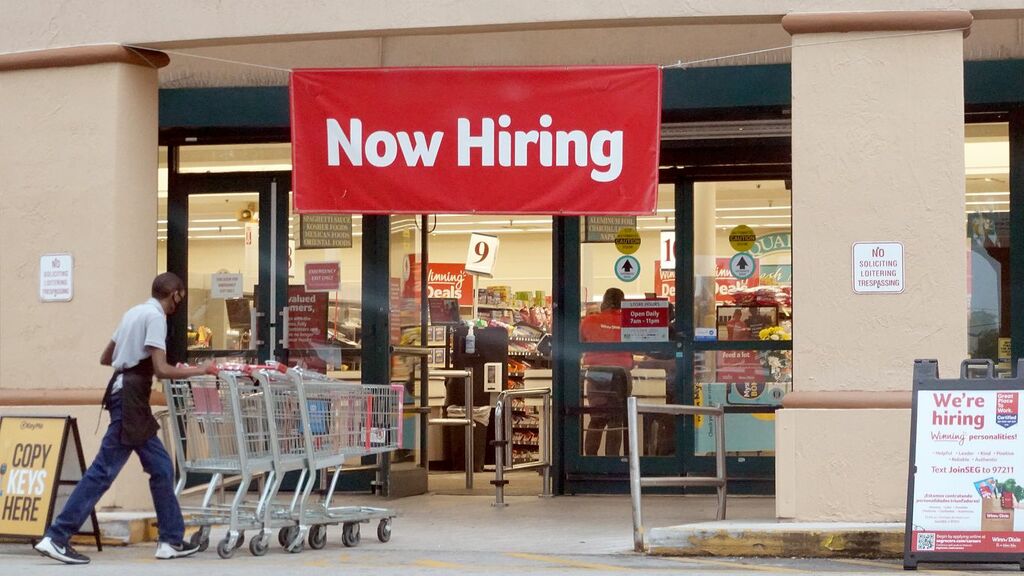 America registered disappointing job growth for the second month in a row.

By the numbers: Just 194,000 jobs were created in September, a significantly slower pace than the 366,000 number a month earlier. Economists had been hoping and expecting to reach at least 500,000 this time around.

The big picture: Private-sector employment growth was OK, if not great, in September. The big disappointment came in the public sector, especially teachers. Women dominate the teaching profession, and they've been leaving the job market.

What they're saying: "The recovery has stalled," tweeted economist Justin Wolfers. "We're missing about 8 million jobs, and at this rate, we're not bringing them back any time soon."

President Biden later on Friday said the pandemic and fears over the Delta variant contributed to the disappointing jobs report.

What's next: After two successive disappointing months of job growth, economists are now pinning hopes on the October job report to show what the economy is capable of as the Delta variant recedes.

Editor's note: This story has been updated with additional details throughout.