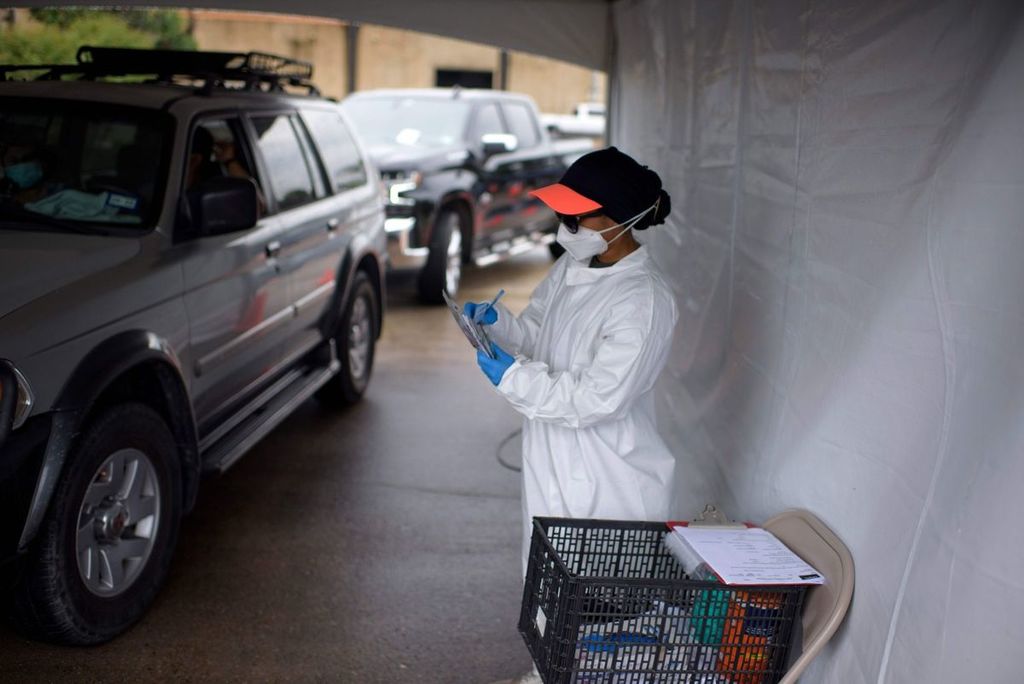 The resurgent coronavirus produced a record number of new cases in the U.S., topping the peak seen in April during the initial outbreak, after many Americans let down their guard on social distancing.

State health departments reported more than 37,000 new cases on Thursday, led by Florida, Texas, California and Arizona, surpassing the 36,188 level from April 24. Total cases in the U.S. exceeded 2,418,000, according to data compiled by Johns Hopkins University.

Covid-19’s revival is spooking investors and forcing public officials in the South and West to walk back some of their bold steps to lift restrictions. In Nevada, state officials ordered face coverings in public, and the governors of Texas and Florida said they wouldn’t move forward with further reopenings as cases continued to spike there.

President Donald Trump has deferred to the states on when to drop social-distancing restrictions and how to test and rein in the virus. He’s had little contact with federal public health officials. Some governors, including Florida’s Ron DeSantis, have similarly deferred to local officials to decide whether to require face coverings and business closures.

Deaths haven’t climbed at the same rate as new cases, though. That could change over time, or it could mean more vulnerable populations are steering clear of the virus even as younger, healthier people expose themselves to it. Houston-area intensive care units reached full capacity on Thursday and Governor Greg Abbott suspended elective surgeries in Texas’s biggest cities to expand hospital capacity for Covid-19 cases.

Meanwhile New York, the former epicenter in the U.S., continues to slow its spread, with 749 new cases reported Thursday, a 0.2% rise. New York City, the last region in the state to begin reopening, announced beaches will open on July 1 and indoor dining will resume July 6.

Even so, New York state still accounts for most U.S. cases, with 390,415 confirmed infections to date and 31,276 deaths since the first case was found in New York in February.

In a role-reversal from spring, the state joined New Jersey and Connecticut in announcing that visitors from current hot spots will have to quarantine for two weeks. In March, Florida and Texas ordered travelers from Northeast states where the virus was rising quickly to quarantine.