U.S. backs U.N. push to get Ukraine grain back to global market

The United States supports efforts by U.N. Secretary-General Antonio Guterres to get Ukrainian grain back into the international marketplace amid the war, the U.S. ambassador to the United Nations said on Monday.

"He has spoken to us about his plans and his discussions with the Ukrainians and the Russians on this issue," Ambassador Linda Thomas-Greenfield told reporters without giving further details.

After visiting Moscow and Kyiv late last month, Guterres said he was determined to help bring back to world markets the agriculture production of Ukraine and the food and fertilizer production of Russia and Belarus despite the war.

The Wall Street Journal reported on Monday that Guterres has asked Russia to allow the shipment of some Ukrainian grain in return for moves to help facilitate Russian and Belarusian exports of potash fertilizer.

Guterres' spokesman, Stephane Dujarric, declined to comment. Russia's mission to the United Nations in New York did not immediately respond to a request for comment.

Russia's Feb. 24 invasion of Ukraine - which it calls a "special military operation" - has sent global prices for grains, cooking oils, fuel and fertilizer soaring, with Guterres warning it will worsen a food crisis in poor countries.

Russia and Ukraine together account for nearly a third of global wheat supplies. Ukraine is also a major exporter of corn, barley, sunflower oil and rapeseed oil, while Russia and Belarus - which has backed Moscow in its war in Ukraine - account for more than 40% of global exports of crop nutrient potash.

The conflict has also disrupted shipping in the Black Sea, throttling exports from Ukraine and Russia. Ukraine has been forced to now export by train or its small Danube River ports. Its grain exports have more than halved so far in May from the same period a year ago, agriculture ministry data shows.

Thomas-Greenfield noted that there were no U.S. sanctions on Russian agricultural products. Washington did blacklist the exporting arm of Belarusian state potash producer in December to punish President Alexander Lukashenko for alleged election rigging and cracking down on the opposition.

U.N. food chief David Beasley warned the U.N. Security Council in March that the World Food Programme bought 50% of its grain from Ukraine and the war was threatening WFP's ability to feed some 125 million people globally.

Guterres has also said 36 countries count on Russia and Ukraine for more than half of their wheat imports, including some of the poorest and most vulnerable in the world, including Lebanon, Syria, Yemen, Somalia and Democratic Republic of Congo.

Thomas-Greenfield said the Biden administration was working with U.S. farmers to see "how we can provide more support to the international market from U.S. grains."

U.S. Secretary of State Antony Blinken is due to host a "global food security call to action" ministerial meeting at the United Nations on Wednesday and chair a U.N. Security Council meeting on conflict and food security on Thursday. 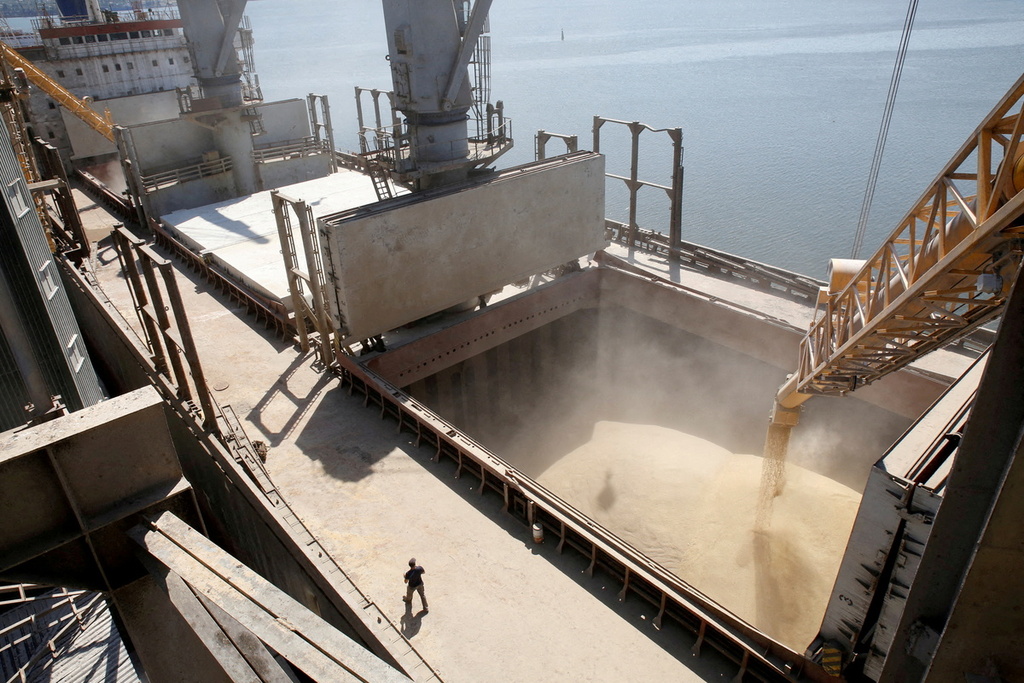 U.N. chief expected to disclose talks on Ukraine grain exports - U.N. officials
U.N. chief Antonio Guterres is expected to publicly disclose on Wednesday that he is in talks with Russia, Ukraine, Turkey,…

The Kremlin said on Tuesday that Russian fertiliser producers were trying to fulfil contracts despite Western sanctions against them, which…

The United Nations chief says that with global hunger levels at a new high, he is in intense “intense contacts”…