Mexico and U.S. agree to work on supply chains, migration

By Anthony Esposito and Daphne Psaledakis 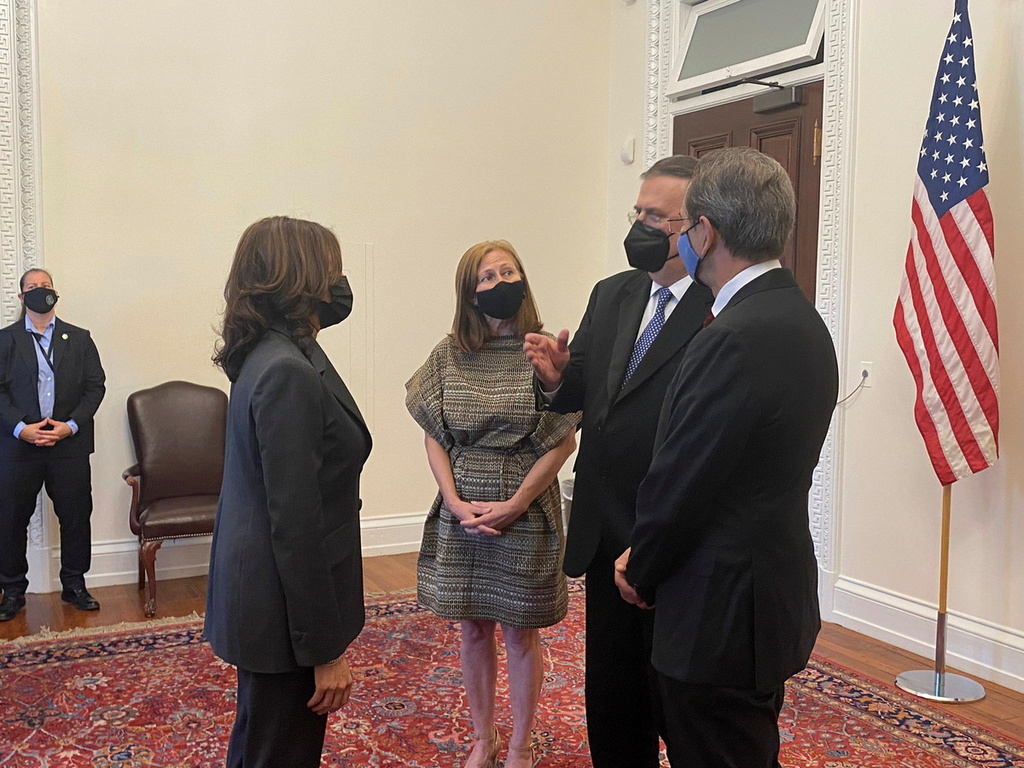 The so-called High-Level Economic Dialogue (HLED) was held for the first time in several years and the two sides also signaled they need greater cooperation to combat challenges of climate change and workers' rights.

The two countries will create a bilateral working group on supply chains, Mexico's government said a the statement.

The working group will aim to increase the resilience of cross border trade and manufacturing in the face of disruption as well as to attract production lines from other parts of the world.

Mexico discussed the need to "sit down with industries or companies and be able to detail the components of semiconductors" to determine what parts would be manufactured in Mexico or the United States, said Mexican Economy Minister Tatiana Clouthier at a news conference in Washington.

The United States agreed to give technical support including collaborating with Mexico on "Sembrando Vida," its forestation program to provide work and support agriculture, and "Jovenes Construyendo el Futuro," a jobs scheme for 18-to-29-year-olds in Central America and southern Mexico aimed at offering alternatives to migration, Mexico said in its statement.

"This dialogue drives improved job creation, global competitiveness and reductions in poverty and inequalities, and that is to the benefit of U.S. citizens and Mexican citizens alike," said U.S. State Department spokesman Ned Price.

Vice President Kamala Harris earlier noted much has happened since the last high-level economic talks, which former President Donald Trump ditched after he accused Mexico of sending criminals over the border.

She said the COVID-19 pandemic has undermined the global economy while climate change and cyberattacks have threatened supply chains, requiring a unified response between the two countries.

The talks in Washington came as the two sides seek to find solutions to a number of controversial issues, including automotive rules requiring certain amounts of parts to be sourced in North America and the court-ordered resumption of the "Stay in Mexico" program, which sends asylum seekers outside the United States while their cases are processed.

"We have made clear that they can raise any issue of concern and that we would raise issues of concern," a senior U.S. administration official said in a briefing with reporters on Wednesday.

The two countries share a 2,000-mile (3,200-km) border and a commercial relationship that generates more than half a trillion dollars in annual bilateral trade, supporting millions of jobs in both countries.

The two governments did not discuss the U.S. "remain in Mexico" policy, formally known as the Migrant Protection Protocols (MPP) program, according to Mexico Foreign Minister Marcelo Ebrard, speaking at the news conference. In August, the U.S. Supreme Court denied President Joe Biden's bid to rescind the policy.

"The issue of MPP was not discussed in the dialogue," Ebrard said. "One of the pillars (of the talks) includes the border. And on that, several infrastructure projects on the border were raised."

Mexico and the United States have agreed on four pillars of focus for the high-level talks, and approved an agenda on Thursday.

The first pillar is "building back together," including a more resilient supply chain and modernizing the U.S.-Mexico border. The second is sustainable economic and social development in southern Mexico and Central America, a key policy aimed at tackling the economic causes that drive immigration to the United States.

The final two pillars deal with cybersecurity and workforce development, among other things.

Mexico's delegation was led by Ebrard and Clouthier, while for the United States the talks were led by Harris. U.S. Secretary of State Antony Blinken and others were also in attendance.