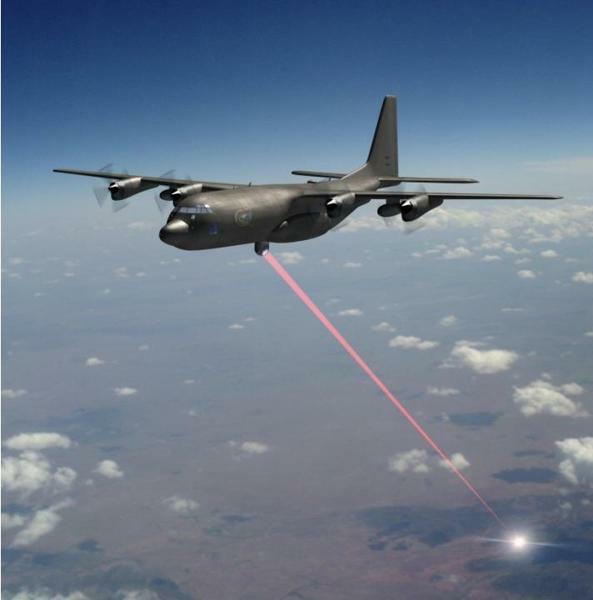 “Our technology is ready for fielding today,” Rick Cordaro, vice president of Lockheed Martin Advanced Production Solutions, said in a statement reported in DefenseDaily. “These mission success milestones are a testament of our partnership with the U.S. Air Force in rapidly achieving important advances in laser weapon system development.”

The achievement is notable because of the AHEL’s sometimes erratic development. In 2015, Lt. Gen. Bradley Heithold, former head of Air Force Special Operations Command, had stated the goal of testing a high energy laser on an AC-130J gunship by the close of the decade. While other laser weapons have made good progress in shipboard applications, packing everything into the size, weight and power constraints of an aircraft is more of a challenge.

SOCOM have been working towards the laser-armed gunship for six years, in partnership with the Naval Surface Warfare Center at Dahlgren, Virginia, with a series of studies and ground tests leading up to the latest delivery. The next aim is to carry out firing demonstrations with the laser in 2022.

AHEL is just one of a series of new Pentagon projects to demonstrate ever smaller, more compact lasers, right down to the scale of recently announced ‘portable’ weapons. The biggest tradeoff is with power. While some of the more powerful new Navy weapons have an output of 150 kilowatts or more, AHEL is rated at a more modest 60 kilowatts.

The AC-130J Ghostrider, an evolution of the gunships that won a great reputation in the Vietnam conflict, already packs a formidable arsenal of weapons and the laser will supplement rather than replace them. They include the Vietnam-era radar-guided 105mm howitzer and 30mm rapid fire cannon as well as modern precision strike capability, with an array of 250-pound GPS-guided GBU-39 Small Diameter Bombs and 34-pound laser-guided AGM-176 Griffin missiles.

The 60-kilowatt laser is weak beer by comparison. Even the Ghostrider’s GAU-23 30mm cannon can punch through two inches of steel plate from a mile away or destroy a pickup truck with one shot — and it fires 200 shots a minute.

However, the laser can do something that no existing weapon can: it can strike stealthily. The laser is silent and the beam is invisible; not only is there no muzzle blast or flash, but the effects at the target may not be initially noticed. Examples of so-called ‘scalable effects’ include melting a vehicles tires, or disabling a radar or communications antenna without the explosion of a kinetic attack. The laser weapon can quietly set numerous fires, with what John Corley, Director of the USAF’s Air Armament Center called ‘plausible deniability.’

For example, there have been explosions at ammunition storage sites in Iraq because explosives are stored at excessive temperatures, and the explosion that devastated Beirut similarly appears to have been due to severe mismanagement of hazardous materials. Being able to produce such explosions at will from several miles away, while leaving no forensic traces, could make the new weapon far more effective than its power output suggests.

At present, anyone suggesting that a rash of wildfires were caused by covert laser strikes is likely to be laughed at, and rightly so. In a few years’ time telling conspiracy theory from reality could be far more difficult.