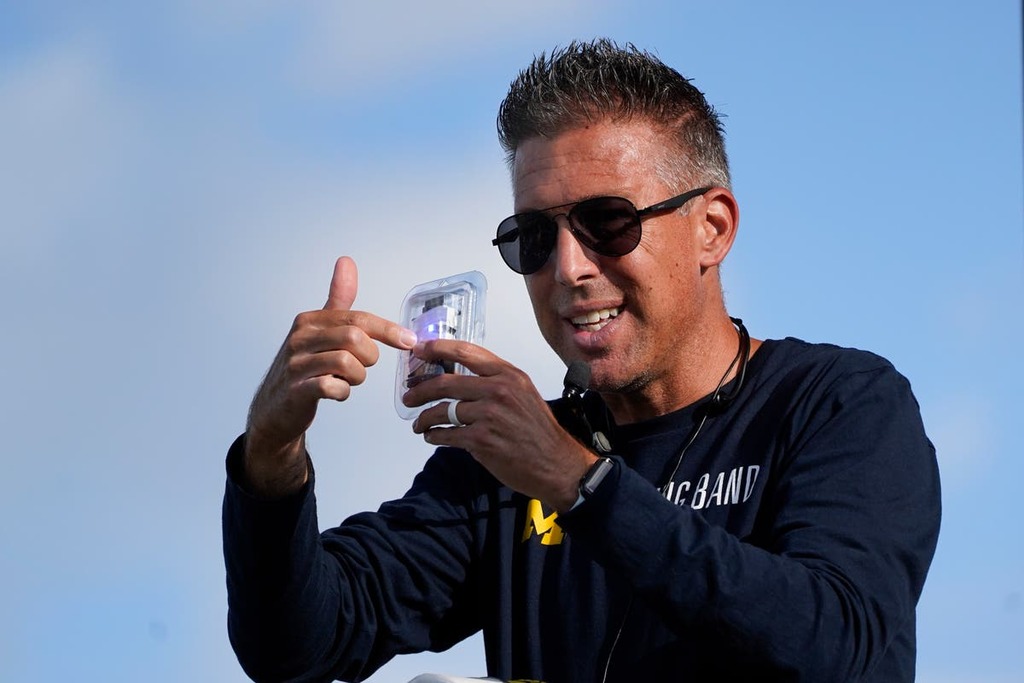 The University of Michigan marching band will perform a halftime show on Saturday — the 20th anniversary of the Sept. 11 terror attacks — that its director says will not only pay tribute to the lives lost and impacted that day, but also will be dazzling in its scope.

“It is going to be a pretty spectacular show,” said John Pasquale, director of Michigan marching and athletic bands.

During the 10-minute performance called “We Remember,” the 400 Michigan Marching Band members will carry a light — either a high-powered flashlight, a glowing orb, an illuminated umbrella or something else. Of those, 275 marchers will spin flags, twirl batons and play instruments. The show also will feature lasers and ultraviolet light.

Pasquale said the “visually stunning show” required clearance from the Federal Aviation Administration. It will take place at halftime of the Wolverine football team’s night game against the University of Washington at Michigan Stadium, the 107,601-capacity Big House.

The performance is supported by a donation from Michigan band parents Bill and Janelle Sykes and is being produced with the assistance of Timothy Durant, who heads up Durant Design, a southern California-based company whose credits include the opening ceremony of the 2014 Winter Olympics in Sochi Russia as well as various award shows and concerts.

“They are just world-class,” Pasquale said. “So, put that all together, and it’s ... going to be great.”

And it’s going to be reverent. And patriotic, coming 20 years to the day of the attacks that killed thousands when hijacked commercial jets flew into New York’s twin towers, struck the Pentagon and crashed into a Pennsylvania field.

Pasquale, who has been working with others to design Saturday’s show for six months, was teaching middle school outside Dallas on Sept. 11, 2001. Current drum major Walter Aguilar was 2.

“But I have heard that, as tragic as that day was, those weeks and months ahead was unity. Unity across the entire country. And so, we will try our best to pay tribute to that, to honor them, to also generate that sensation of unity again,” said Aguilar, a senior from Grand Rapids.

Saturday’s show won’t be the first time the MMB, as it is known, has paid tribute to Sept. 11. The band also did so during its first show after the attacks, on Sept. 22, 2001, when it had less than two weeks to prepare.

Trombonist Matt Cavanaugh, now 41 and a program manager and business developer for a defense company in Arlington, Virginia, remembers feeling “a greater sense of purpose” when he and the Michigan band performed that first post-Sept. 11 show.

“We could help to set the stage for a healing experience and American unity in the Big House, and that is exactly what we did," Cavanaugh said.