U.N. chief appeals for release of money to save Afghan lives 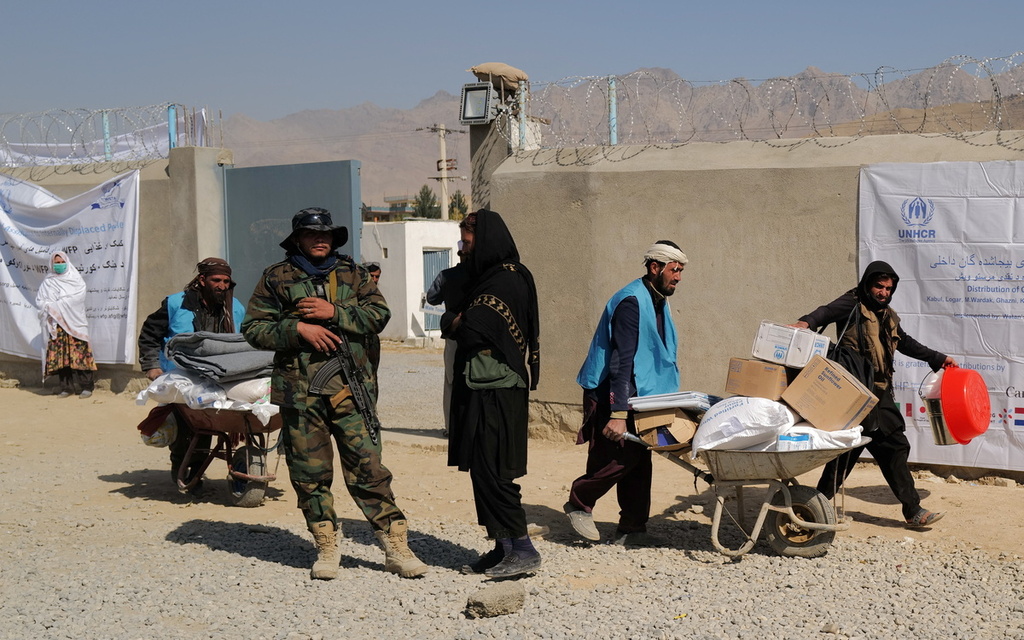 U.N. Secretary-General Antonio Guterres appealed on Thursday for a suspension of rules preventing the use of money in Afghanistan to save lives and the economy and for a path to the conditional release of frozen Afghan foreign currency reserves.

"International funding should be allowed to pay the salaries of public-sector workers, and to help Afghan institutions deliver healthcare, education and other vital services," Guterres also told reporters in New York.

Some $9.5 billion in Afghan central bank reserves remain blocked outside the country and international support given to the previous government has dried up since the Taliban seized power last August.

"The function of Afghanistan's Central Bank must be preserved and assisted, and a path identified for conditional release of Afghan foreign currency reserves," Guterres said.

"We must do even more to rapidly inject liquidity into the economy and avoid a meltdown that would lead to poverty, hunger and destitution for millions," he said.

"I hope the remaining resources -- more than $1.2 billion -- will become available to help Afghanistan's people survive the winter," Guterres said.

"For our part, the United Nations is taking steps to inject cash into the economy through creative authorized arrangements. But it is a drop in the bucket," he said.

The United Nations on Tuesday appealed for $4.4 billion in humanitarian aid for Afghanistan in 2022, calling the funds an "essential stopgap" to ensure the country's future.

"The scale of that appeal reflects the scale of the despair. Babies being sold to feed their siblings. Freezing health facilities overflowing with malnourished children. People burning their possessions to keep warm," Guterres said.

He warned that without more international effort "virtually every man, woman and child in Afghanistan could face acute poverty."