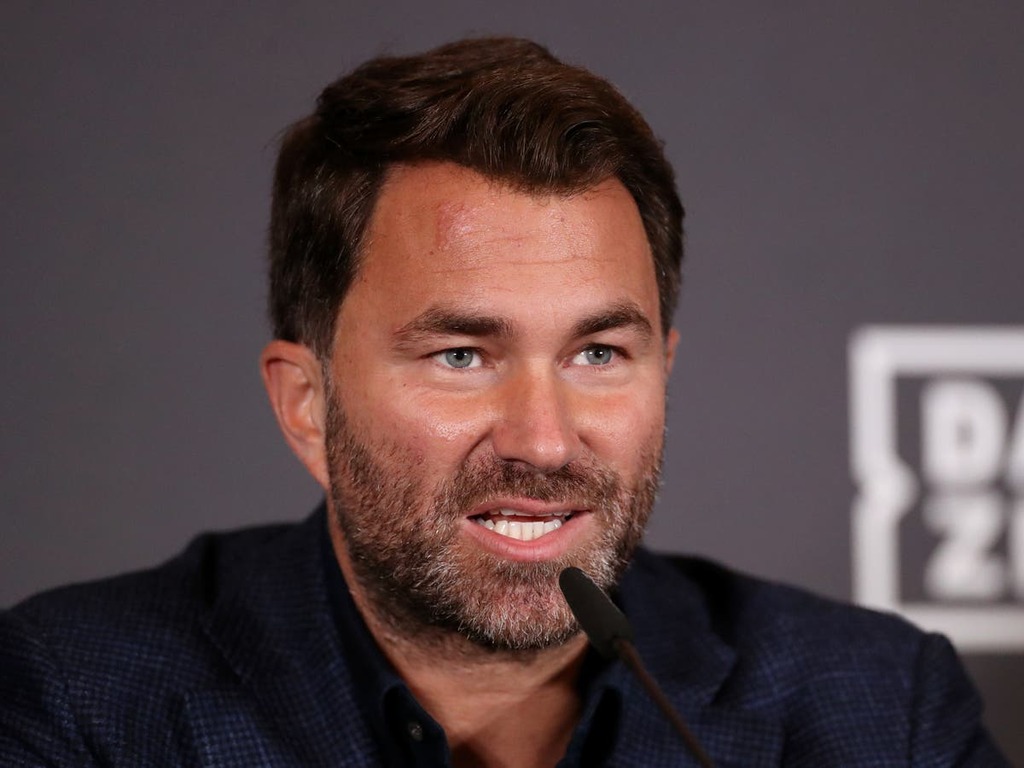 Talk of a potential fight between heavyweight champions Tyson Fury and Francis Ngannou is “nonsense”, according to Eddie Hearn.

WBC boxing champion Fury and UFC title holder Ngannou have exchanged words on Twitter over the last week, with Fury even sharing a mock-up fight poster of the pair on social media.

Briton Fury called out Ngannou for a boxing match with mixed martial arts’ smaller gloves, before the French-Cameroonian responded by reversing the stipulation – suggesting an MMA bout with boxing gloves.

Negotiations between Fury and his compatriot, who is promoted by Hearn, have not been entirely smooth, and a purse bid may take place next week.

In any case, Hearn has dismissed talk of Fury taking on Ngannou in the near future.

“Anything that gets people talking is good. It is quite exciting to think of the prospect of Tyson Fury fighting Francis Ngannou in a ring or in a cage – wherever – but I don’t see it happening any time soon.

“Anything like that drives fan engagement, which is good; it’s good for Tyson and Francis Ngannou, boxing and the UFC. Anything that gets people talking is good news.”

Fury last fought in October, knocking out Deontay Wilder for the second fight in a row to round out the rivals’ trilogy.

Ngannou, meanwhile, last competed in March, knocking out Stipe Miocic to win the UFC heavyweight title and avenge a 2018 decision loss to the American.