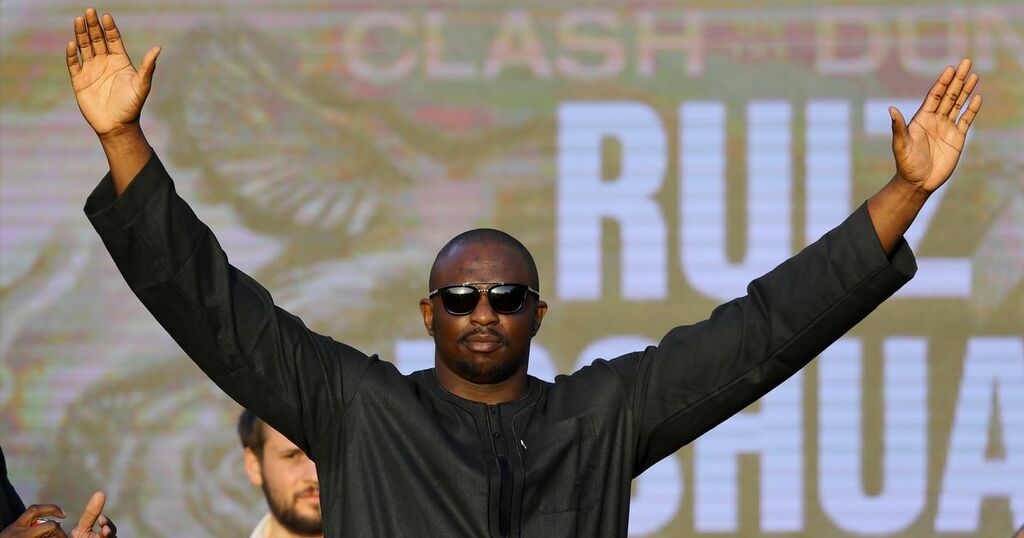 Tyson Fury's next opponent is still yet to be determined after the WBC did not order a mandatory defence against Dillian Whyte.

Fury was given a 30-day window following his victory over Deontay Wilder to agree to a unification bout against Oleksandr Usyk, following his triumph against Anthony Joshua in September.

However, Joshua activated his rematch clause with Usyk and the pair will face-off again early in 2022.

That opened the door for the WBC to order Fury to defend his heavyweight title against Whyte, which was expected to occur in Tuesday's annual meeting.

However, the WBC indicated that Whyte's ongoing legal battle, thought to focus on his frustrations on not securing a title bout, means they cannot officially call for a mandatory defence.

Whyte has spent a number of years at the top of the WBC rankings but has failed to secure his shot at the heavyweight title.

The fact that the WBC has now stated they cannot order the bout due to legal reasons is a huge blow for Whyte, who had hoped to finally get his chance.

Whyte's action against the WBC began a year ago when a two-fight deal was announced for Fury and Joshua, though that never went ahead as Fury was ordered to have his rematch with Wilder.

With the WBC not ordering a fight against Whyte, Fury may now have an interim fight early in 2022 against another opponent.

That fight could still take place in the UK, with the potential homecoming fight for Fury being his first within the UK since 2018.